Wild horses are majestic and usually seen running through the open fields in Hawaii. However, one farmer was shocked when a wild horse stumbled onto his property – walking like a crab.

Big Island taro farmer, Brad Mock Chew told Hawaii News Now, “Their back hooves are splayed almost like a crab. Just for them to get up and move it takes a lot of effort.”

Chew posted a heartbreaking photo of the horse with the status, “Something is happening to these horses in waipio. They walk like crabs and are dying a slow death. Heard about it but saw it for the first time. This is not the only one, there many of them. It’s out of Humane Society’s hands and in dept. of land and natural resources . They can’t do anything until the horse is down cause their wild. Believe me, these are “down” and can’t hurt you. I would post a video but it’s too sad to watch. Share this post and you know of any vet that can recognize these symptom all the better. Crab walking and dragging feet. Also lying down splayed just to eat. Mahalo.” 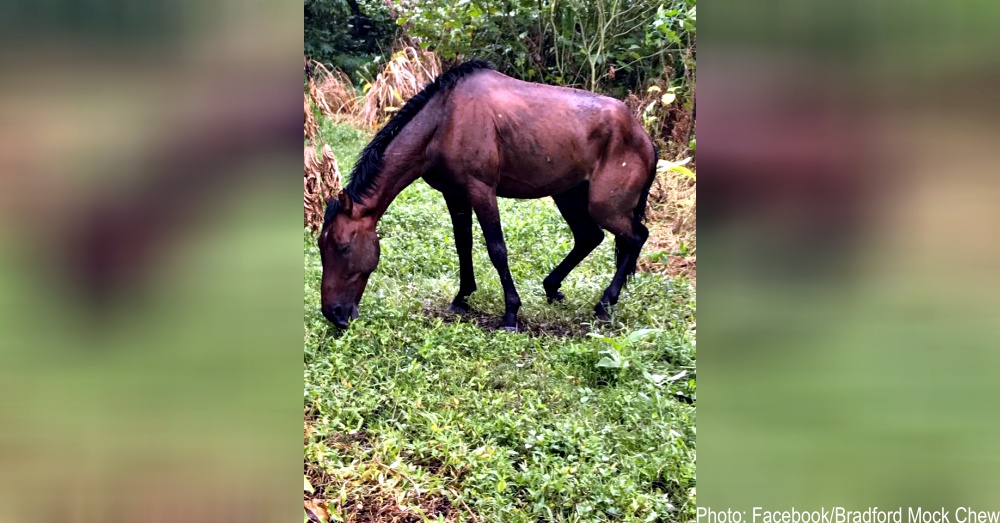 Other residents and local business, Waipio on Horseback, have seen several other wild horses displaying this same problem. The poor horses are attempting to walk on splayed out back legs. Similar to how a crab would walk. Nicole Olival from the horseback riding tour states, “It’s obvious that there’s something wrong with them. It’s very clear that they’re sick. It’s heartbreaking.”

Concerned people reached out to Kellyerin Claybaugh, a veterinarian with Aramat Equine Services. The horses were in obvious distress and a handful of dead horses were discovered on the island. The paralyzing illness was leading to death for countless wild horses, and the community needed to find out what the cause was. Claybaugh ran blood test to rule out the typical horse illnesses like Rhino Flu. Further testing would need to be conducted on tissue from a deceased horse to better understand what they are dealing with. Claybaugh believes it may be something the horses are eating.

“It looks like it’s a painful, slow death. The uncertainty or the unknown is what’s causing the fear,” Claybaugh said.

Claybaugh believes the neurological condition is being caused by something the horses are eating. She draws this conclusion after discovering Norway horses that suffered from similar symptoms. Unfortunately, the disease is not well understood. It was said to have come from eating moldy forage. The island has a benefit of being secluded and does not typically see the normal illness. However, it appears the island is facing a new illness that is paralyzing and killing the wild horses.

So far the illness has only affected wild horses. Locals are worried it may spread to domestic horses and animals as well. No other mules or animals in the area have been reported ill. Officials are asking people that see an ill horse to report it. While the investigation continues, state and city officials are working together to offer assistance to help stop the illness.

Watch the video by the horse vet in Hawaii below.