This is a story about how I failed, and still succeeded at being a foster mom. 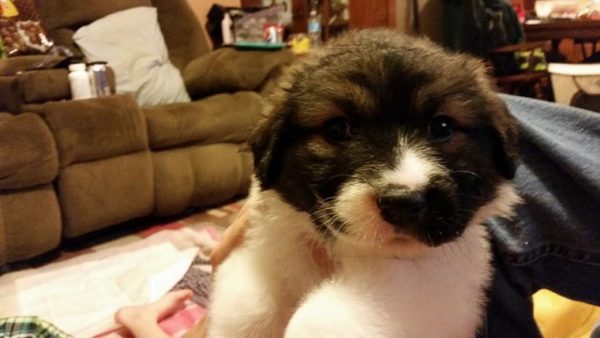 Our local humane society posted a request on their Facebook page asking for a foster family for two tiny puppies. They had seized the mother dog due to neglect, and found that she had given birth to a litter of only 3 puppies.

She was barely old enough to breed and had been chained up outside with an intact male dog..so you can guess what happened next. Due to her age, she had no idea how to be a mother, and had the puppies scattered all over the yard, evidently giving birth as she walked around.

They were found cold, almost lifeless, and starving. She wanted nothing to do with them, and was unfortunately also very sick with parasites, lack of nutrition, and a uterine infection, so they were put into foster care.

Sadly, one puppy died before they realized she wasn’t feeding them or keeping them warm. The little boy was doing well, but the little girl wasn’t latching on to the bottle properly. She was lethargic, half the size of her brother, and cold. I took them both home at only 2 days old. We feared the little girl wasn’t going to make it.

She was so tiny, she wouldn’t eat, and so lethargic that she would only move if you stimulated her. My husband and I worked hard, trying almost constantly throughout the day to get her to eat. I woke every 2 hours both nights that weekend, and we finally got her to latch on. Once she was eating, she improved daily.

She quickly caught up in size to her brother and was as feisty as any puppy.

Her brother was moved to a new foster mother who was going to adopt him, so we had just Lucy. She grew so fast I almost couldn’t believe my eyes. As you can tell by her picture, she captured our hearts, and we now have a new family member. From foster mom to adoptive mom. And I couldn’t be happier.