This Valentine’s Day, celebrate LOVE with the cutest Cupid around… Munchkin! His arrow has excellent aim because he has already hit me right in the heart. Isn’t he the cutest thing… like ever? 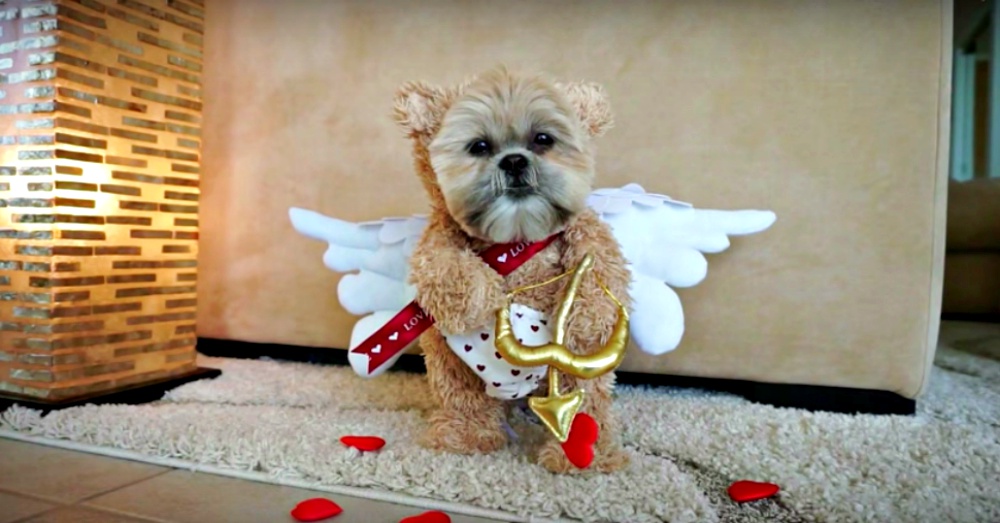 The origins of Valentine’s Day is quite the mystery but I do know that I’m a big believer in love. I embrace it, with paws fully open! Just like Munchkin! 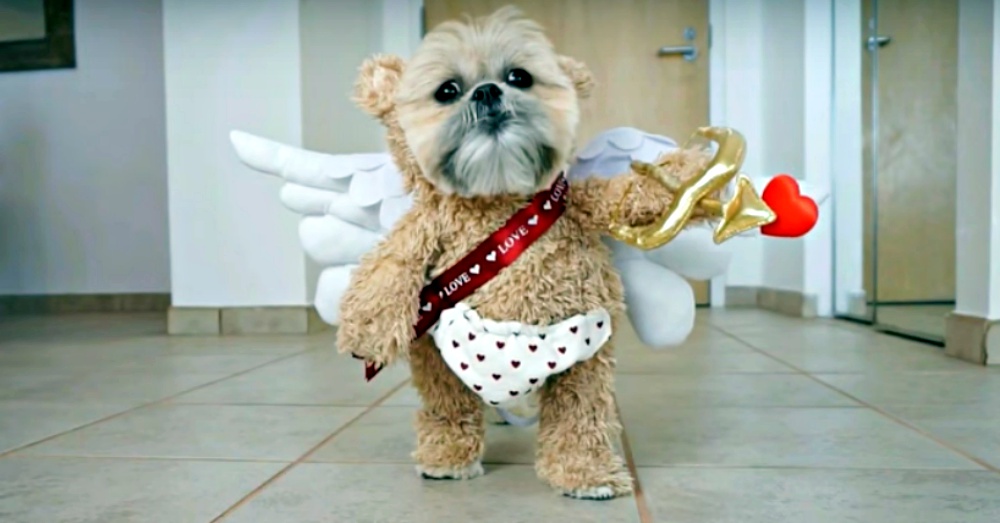 Valentine’s Day is celebrated in the U.S. as well as Canada, Mexico, the United Kingdom, France and Australia. The celebration started out by exchanging small tokens and handwritten notes. By 1900, with the improvement of technology, printed cards became more popular.

Americans began exchanging handmade valentines in the early 1700s. In the 1840s, Esther A. Howland began selling the first mass-produced valentines in America. She used craft items such as lace, ribbons and colorful pictures for her creations. Now, it is estimated that 1 billion Valentine’s Day cards are sent each year. Wow, that’s a lot of love!