Mr. Bubz does not like being kissed and cuddled by his mom’s boyfriend, thankyouverymuch.

His “motherwife” AKA his owner AKA Lizze is allowed to, though. She rescued him in March of 2018, and he’s pretty grateful for that. They may even be a little “codependent” on each other. 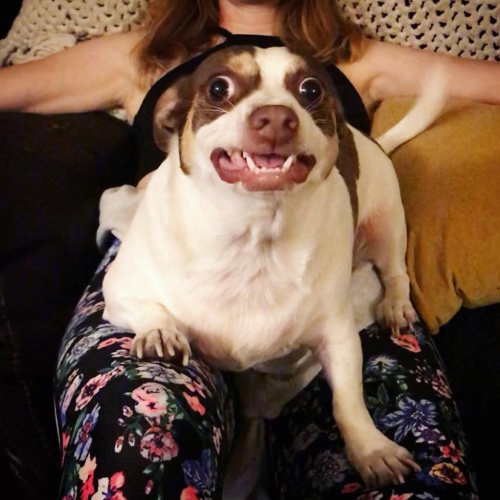 But her boyfriend James (dubbed “Garbageman” by Mr. Bubz in his Instagram account) is not part of their little twosome.

In a video that immediately went viral, Mr. Bubz is being cuddled by James, and he is so not cool with it. 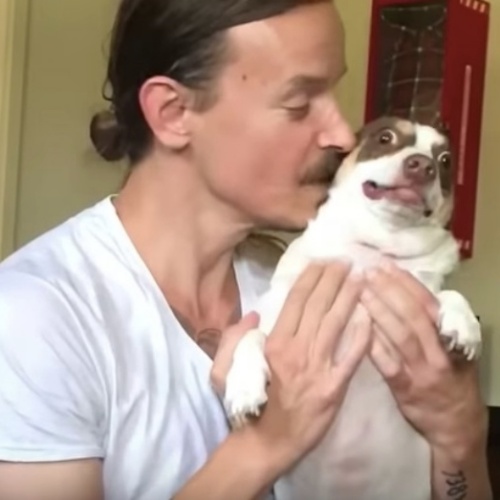 He hisses. He growls. He protests.

Mr. Bubz spikes the camera and freezes, perhaps noticing his owner is catching this all on film. 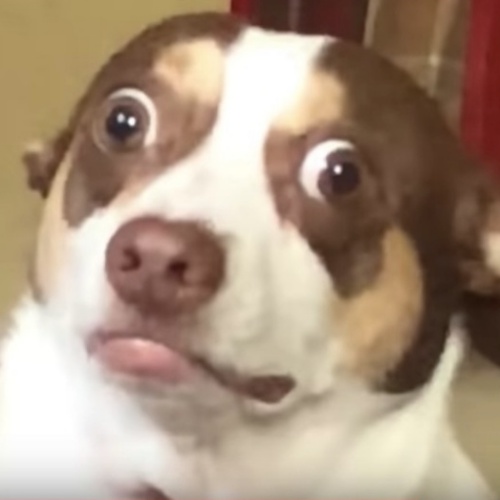 (And the internet is rejoicing that she did.)

Naturally, after a second of looking guilty and possibly just a little bit chagrined, Mr. Bubz hisses once more. 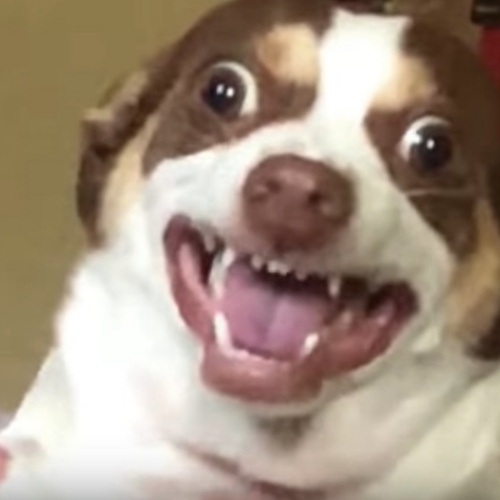 Lizze affectionately described her grumpy puppy as a “demon-possum hybrid”, and said that he can be “paranoid and shady but a total joy.”

After the video was uploaded, Mr. Bubz was catapulted to fame. His buggy eyes, his indignant hissing, his repulsion of the snuggles bestowed upon him from his mom’s friend — it all struck a chord with grumpy people everywhere. 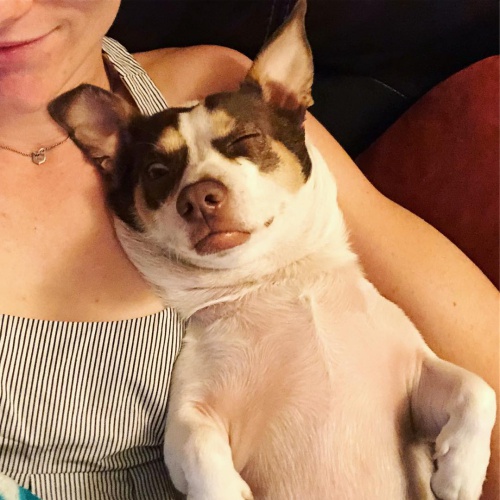 “James loves Bubz, so he’s been trying to bond with him,” Lizze told BuzzFeed. “But every time he tries to cuddle him, Bubz makes that hissing noise and I FINALLY GOT IT ON CAMERA!!!”

Mr. Bubz is now king of all things grump.

A Man Out For A Jog Came Across A Stray Puppy Who Was So Happy To Finally Be Found: Click “Next” below!