Pigs are smart and adorable animals. Their intelligence level is similar to that of a chimpanzee and dog. One tiny piglet has proved that by escaping death twice – along with the help of a good samaritan.

A tiny piglet experienced horrendous things like being torn away from her mother, having her tail and teeth cut all before she was a month old. After being alive for twenty one days, the piglet, along with her brother and sisters, was loaded onto a transport truck. 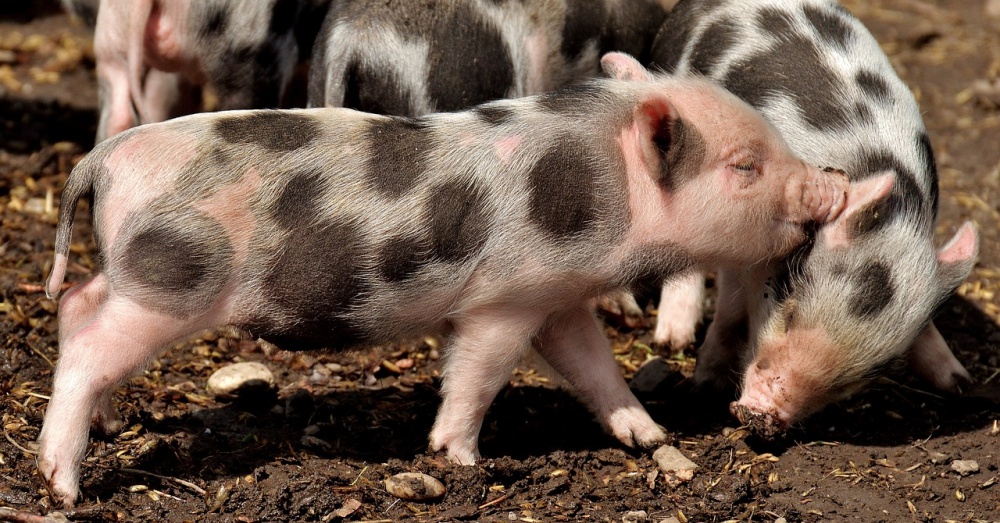 When the truck arrived at a Concentrated Animal Feeding Operation (CAFO) farm the other piglets squealed with fear as they entered the confined area, where they would be fattened up before slaughter. However, Molly Brown, as she was later named, remained quiet and hid in the corner of the truck.

Once the truck began to move again, Molly must have been terrified and relieved. However, she was not safe yet. The transport truck was parked and the area became flooded. The truck filled with water and Molly was near death when a man noticed the tiny piglet floating in the water.

The man was not sure if she was still alive, but scooped her out of the water. Molly proved to be smart and strong, because she pulled through and survived. Iowa Farm Sanctuary took in the sweet piglet to live out her life in a happy place that allows her to be a pig.

Molly is starting to come out of her shell and rooting around her new home. Even though she nearly drowned, she still loves to play in water. She is experiencing a lot of things for the first time like mud baths. The sanctuary posted on Facebook, “We will do our best to erase the pain of your past and show you not all humans are bad. We know it must be hard for you to fathom, after all you went through in your first twenty one days of life, but you are safe now. Forever.”

Watch Molly Brown play in the mud in the adorable video below.