When late-breaking news hits, sometimes an anchor has no choice but to switch gears and deliver the unabashed truth. When a dog runs under your desk and you’re delivering that news, however, there’s a slightly different protocol.

A news channel personality in Russia was recently forced to take a pause and make room for paws when a dog walked into the studio and under her desk. Hoping to finish her broadcast without issue, the anchor continued with reading the news until a loud bark came from below.

She first checks under her desk to find the source of the interruption, as any good journalist would do. 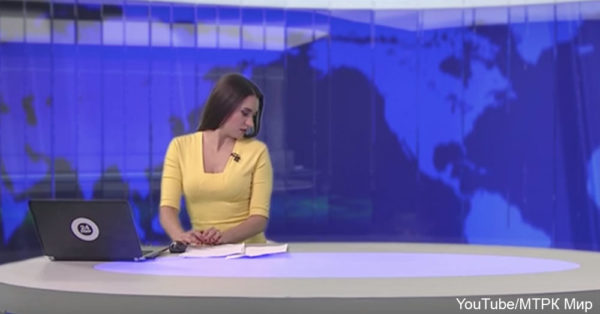 Then, she lets out a gasp.

The hidden dog pops his head up over the desk, perhaps to read about what President Putin has been up to in recent weeks, or maybe just to get a better view for the next segment. 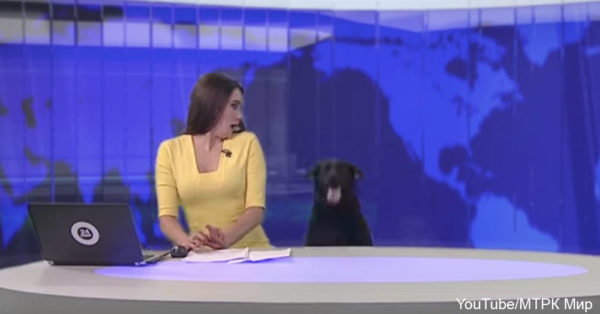 The anchor is visibly worried at this point, and begins reading the news even faster.

The poor pup means no harm, however. He’s just got something newsworthy to share! 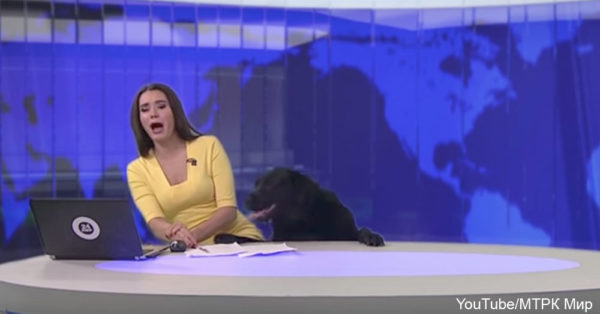 It doesn’t take long for the anchor to realize her new coworker isn’t there to steal the show, just grab a few head scratches and catch up on current events.

Watch the whole hilarious segment in the video below!

For an even BIGGER story, Click the button below to see how well comedian, actor, and writer Paul Rust gets along with a massive dog named Judy!