The claim by a north Minneapolis police officer that two Staffordshire terriers charged at him before he shot them was not the same story security footage of the incident captured.

Owner Jennifer LeMay was incensed over the incident, which left her dogs Ciroc and Rocko in need of costly but crucial medical attention and surgery. The dogs served as emotional support animals for the woman’s two sons, the Star Tribune reports, both suffering from severe anxiety.

“We are aware of the recent incident involving MPD officers responding to an audible residential burglary alarm, and while at this call an MPD officer discharged their firearm, striking two dogs belonging to the homeowner,” police spokesman Corey Schmidt wrote in a statement to media. “Anytime an officer discharges their firearm in the line of duty, there is an investigation. We are in the process of reviewing the video posted online, as well as the officer’s body camera video.” 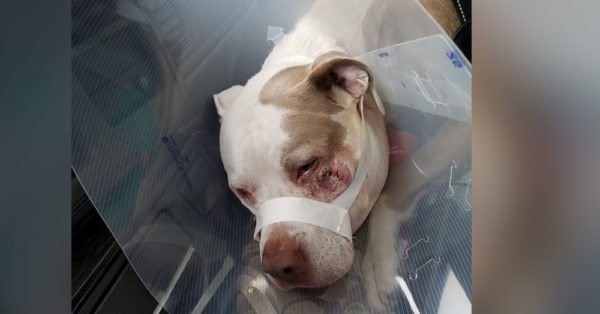 “I’ve watched the video, and as someone whose family has included dogs most of my life, I can say that it was difficult to watch,” Harteau released in a statement. “This was an outcome that no one wanted. I’ve asked for an internal affairs use-of-force review.” 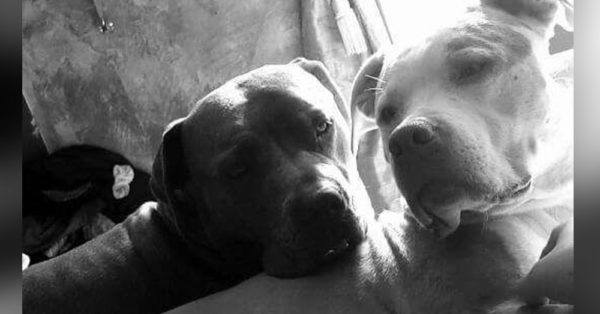 LeMay told the Star Tribune that two of her daughters came home early from a camping trip the night of July 8, accidentally setting off the alarm. They called their security company and the alarm was deactivated. But when a pair of police officers followed up on the call, they failed to introduce themselves at the front door.

After officer Michael Mays climbed over LeMay’s back fence and onto her property, security cameras captured him scouting the backyard, walking off camera, and then backing up with his gun drawn.

“While staging at the rear, two large size pit bulls charged at officer,” the police report stated. “Officer dispatched the two dogs, causing them to run back into the residence.” 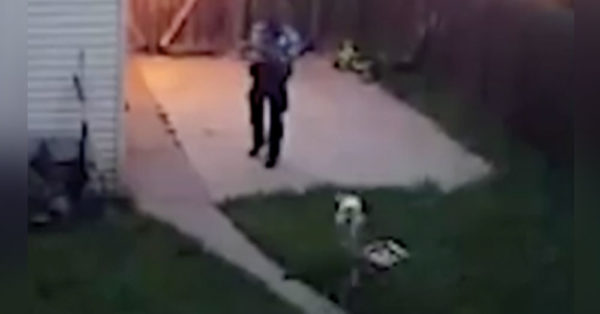 Local pit bull advocacy group MyPitBullisFamily.org is going to be working with the department in identifying situations where lethal force isn’t necessary.

“We will be here to start a partnership…where officers will go through training on how to approach dog-related incidents and encounters through using other tactics, instead of drawing a weapon,” Shannon Glenn, executive director of MyPitBullisFamily.org told the Star Tribune.

While there is no MPD policy indicating how officers should deal with animals, there are several stories of similar situations turning out much happier. When a pair of snarling dogs charged Meridian, Idaho, officer David Gomez, he simply held out his baton for them for them to chomp, kept his cool, and radioed animal control.

And when Deputy Mark Elsaid was called to investigate a pit bull roaming the streets of Lee County, Florida, he rolled down his window to greet the dog and made a new furry friend without even drawing his gun. 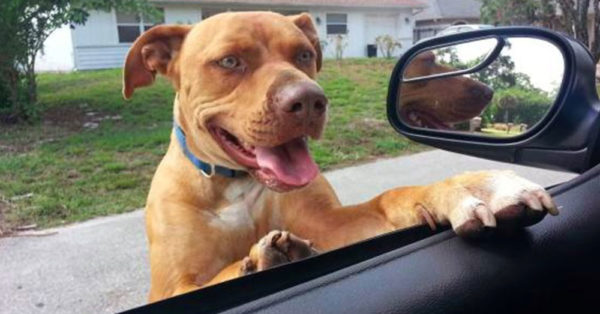 Pit bulls are legal to keep as pets in most of the United States, but for many dog lovers in England, such animals are deemed dangerous. Owners of banned breeds, if found guilty under the Dangerous Dogs Act, can be fined any amount a judge sees fit and sent to prison for up to 6 months while their animals are destroyed. Click the link below to see how you can help!

Since the Dangerous Dogs Act was introduced in the UK in 1991, the region has been rife with horror stories of family dogs being taken from their homes and put to death because their breed has been categorically branded a threat.
Help bring an end to unjust policies that demand certain dogs be taken and killed based on their breed!
Make a difference!