Breed-specific bans are sadly not uncommon in the United States and abroad. These bans are all worded differently, but the near unanimous target of the restrictions are pit bull “breeds.” The restrictions keep growing as well. The Canadian province of Montreal enacted a hugely unpopular and convoluted law that managed to survive hefty legal challenges last year, putting any dog that authorities decided was a “pit breed” in danger of euthanasia.

Some areas are starting to see the destructive effects of breed specific legislation, from separating a girl with Asperger’s and her service dog to forcing shelters to euthanize any “pit” animal they receive. Given that the bans have not caused any significant decrease in dog bites, more and more local governments are refusing to enact the bans or, better yet, rolling back laws targeting dog breeds. 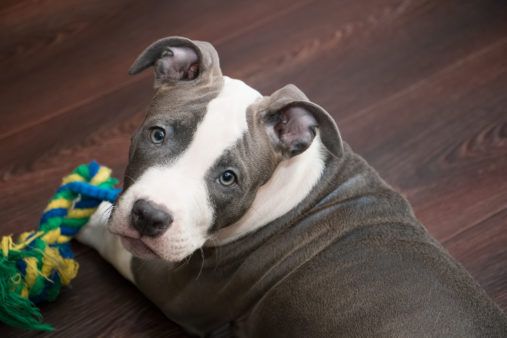 The most recent example of this new trend is happening in South Milwaukee, where Mayor Erik Brooks announced the removal of the provision targeting pit bulls in the city’s vicious animal ordinance. Posting the announcement on his blog, Mayor Brooks had this to say.

Currently, the ordinance looks like this, which is a wonderful sight to see.

Hopefully this is the beginning of a massive overhaul of how cities view animals and we’ll see fewer and fewer cases of breed legislation!