This Man Found Something So Disturbing In A Dumpster, It Made Him Shake With Anger

Mickey Cairns is a good man from Dundee.

The Scot recently discovered a dog abandoned in an industrial dumpster and made sure others knew just how troubling this sort of neglect can and should be.

“Wasn’t gonna even post this but I honestly canna stop thinking about it,” Cairns wrote on Facebook. “Please if you can’t or for whatever reason don’t have time to care for a dog please give them up. They would have a better life in a kennel. Phoned the SSPCA and they where there in minutes to take him away for some help. I was honestly shaking with anger on the phone to them. Beautiful pup too.” 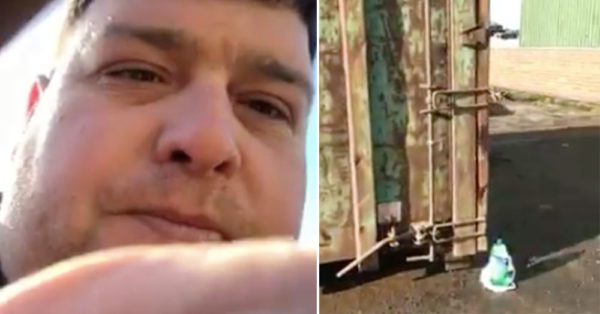 Source: Facebook/Mickey Cairns
Mickey Cairns began recording when he found a dog in this large dumpster.

The animal was later rescued by the Scottish SPCA and taken to a veterinarian.

Sadly, this is not the first time such a cruel act has transpired in the town of Dundee. In April, 2016, a male pointer crossbreed was found in a residential trash bin, the Evening Telegraph reports.

While it was found alive, severe neglect had taken its toll. The dog could not stand on its own and had to be put down shortly after being rescued, due to such poor health. 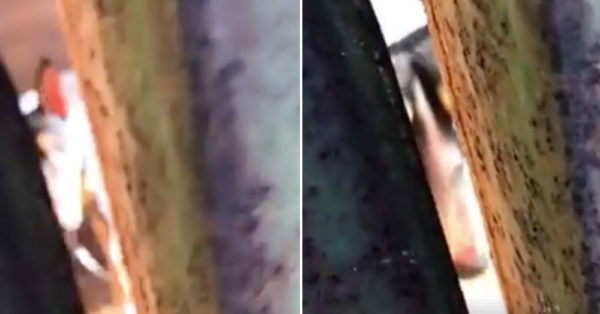 Source: Facebook/Mickey Cairns
The dog was rescued by the SSPCA and taken to a vet.

Scotland’s Animal Health and Welfare Act of 2006 makes abandoning an animal or causing unnecessary suffering punishable by law. Those who break the law can be banned from owning animals for the rest of their lives.

Watch Cairns find this poor pup in the video below, and if you ever find an abandoned animal, contact your local animal control department or humane society immediately.

Wasn’t gonna even post this but I honestly canna stop thinking about it 😢😡 please if you can’t or for whatever reason don’t have time to care for a dog please give them up they would have a better life in a kennel, phoned the sspca and he where there in minutes too take him away for some help, I was honestly shaking with anger on the phone to them beautiful pup too❤️

Healthy, loving pets are being put down by request simply because their existence is no longer convenient. Click the button below and help end this now!

More and more cases of “convenience euthanasia” are being brought to veterinarians across the country. These animals are fit and in no danger, but their families are asking for them to be put down.
Make convenience euthanasia a thing of the past by asking the American Association of Veterinary State Boards to help change state policies for licensing veterinarians.
Make a difference