If being pulled over by a Virginia’s finest isn’t the most soothing thing you can think of, you’re not alone.

During a routine traffic stop along Interstate 64, a motorist was waiting for officer McGuire from the Henrico Police Department to return with a ticket when a small furry creature began shuffling around in the median, Love Meow reports. 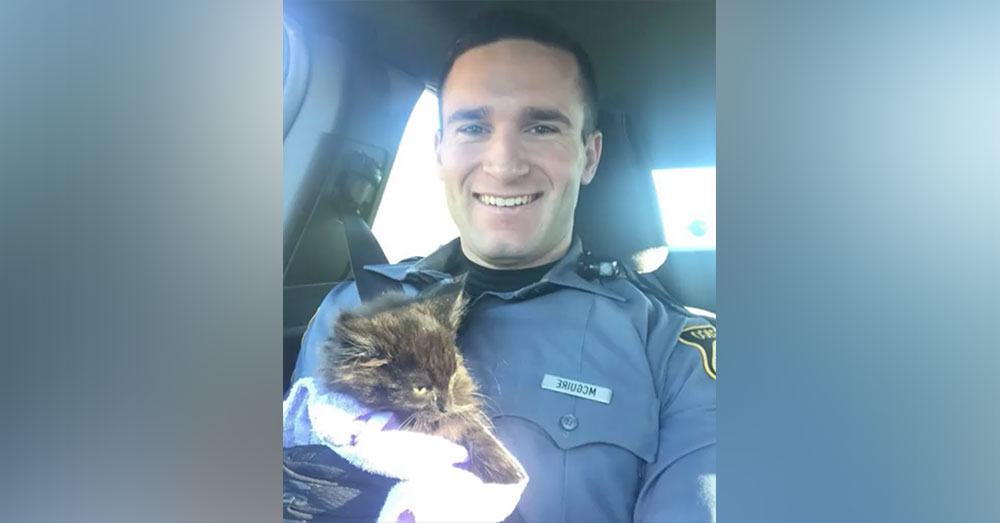 Concerned the kitten could get seriously injured or killed, McGuire dropped the matter at hand and ran to the animal’s rescue.

“Without hesitation, McGuire walked towards the kitten — careful not to scare it into traffic,” the HCPD told Love Meow.

McGuire searched through the thicket of straw and grass in the median until he found the frightened little kitten. 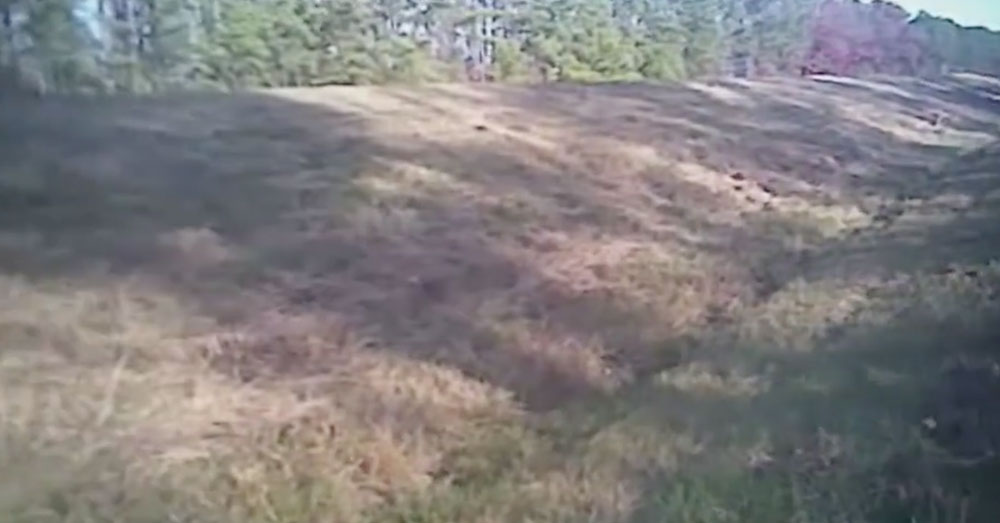 The officer held the animal, claws and all, close to his chest as he crossed the interstate highway back to his patrol car. A towel helped keep the kitten warm and secure in the cruiser as they headed back to HQ. 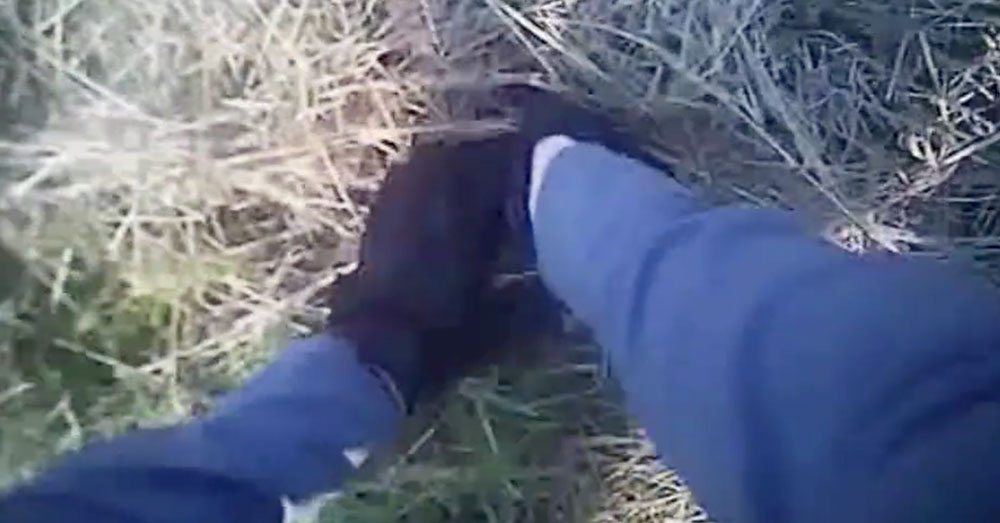 Officer McGuire’s soothing voice calmed the kitty down, and his video of the incident has since attracted no shortage of attention on social media.

Cat lovers, in particular, were thrilled with the news.

“As the cat mother of a black cat myself, I can tell you they are the feisty ones as kittens,” wrote Dameon Rodriguez. “(I rescued mine from the sewer drain), but they are purrfect companions as adults. Well done, and I hope someone adopts the kitty! (maybe take the cat as a police mascot?)” 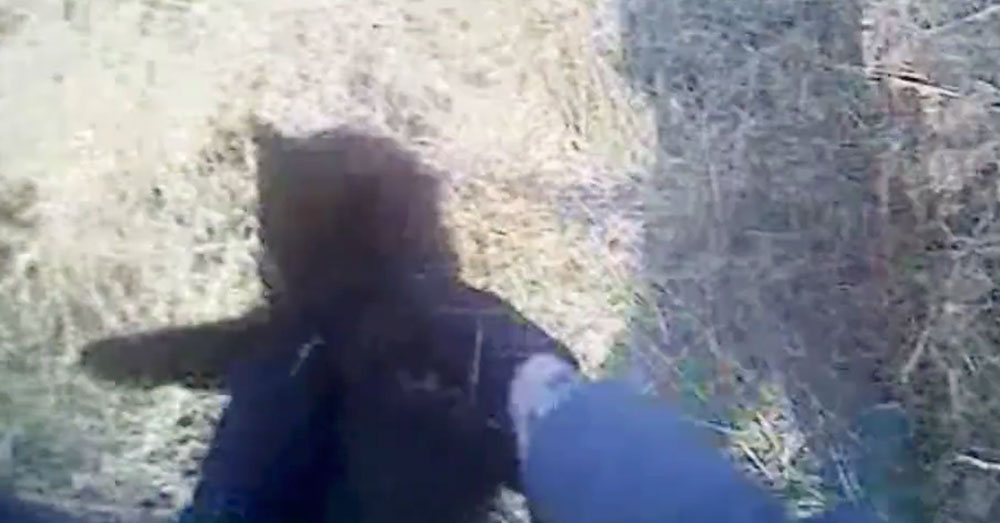 Others saw a heartwarming moment of true beauty.

“This is the side of human beings that gives me hope for mankind…” wrote Emily Mautner Sullivan. “Way to go, officer! Thank you (all) for your service, and thank you for having a big heart and making sure that kitten got off the highway safely.” 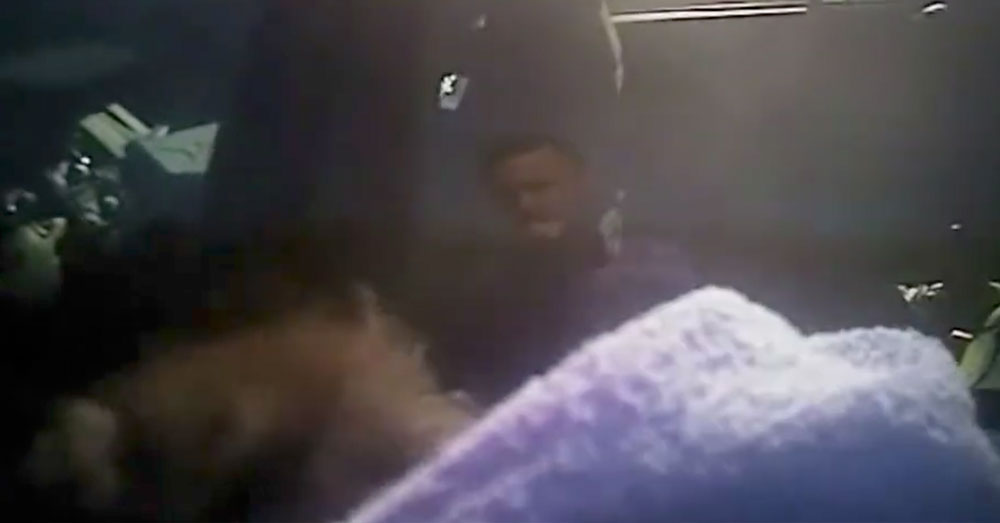 But no matter what people see in this story, one thing is for sure—it’s touched a nerve across the U.S. It’s even being followed across the Atlantic Ocean.

“This wonderful story has reached the Netherlands!” wrote Gine Oldenhuis. “Thank you for rescuing that beautiful kitten and for sharing this heartwarming story. 😍” 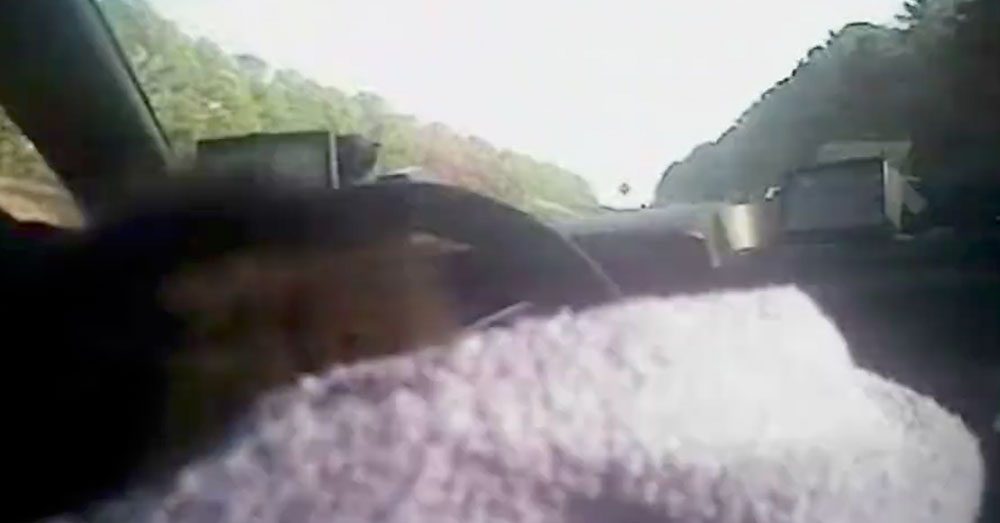 Meanwhile, at Henrico County Animal Protection, a veterinarian checked the cat out and found no serious injuries or illness.

“The kitten is still in the waiting period where they hold it to see if the owner claims it while they monitor its health and temperament before they can adopt an animal out,” Henrico Police Department told Love Meow.

It looks like this kitten has a brighter future ahead thanks to a very special HPD officer. And one lucky Virginian is getting away with a verbal warning this time.

A happy ending for everyone involved! And if you’re ready for another, click the button below to read about a burglary that almost ruined the holiday for one couple as they worked at a children’s hospital over Christmas, only to come home to their presents stolen and their cat missing.