She Spotted An Animal In The Road That Was So Badly Matted, She Couldn’t Even Tell What It Was

A woman was driving in Hampton Bays, New York, when she spotted an animal in the road, not moving. She got out of her car and walked over to the animal to see what it was and if she could help. At first, she couldn’t tell what kind of animal it was; not because it was nighttime out, but because it was so severely matted. Once she got close enough, she realized this poor ball of knots was a cat. 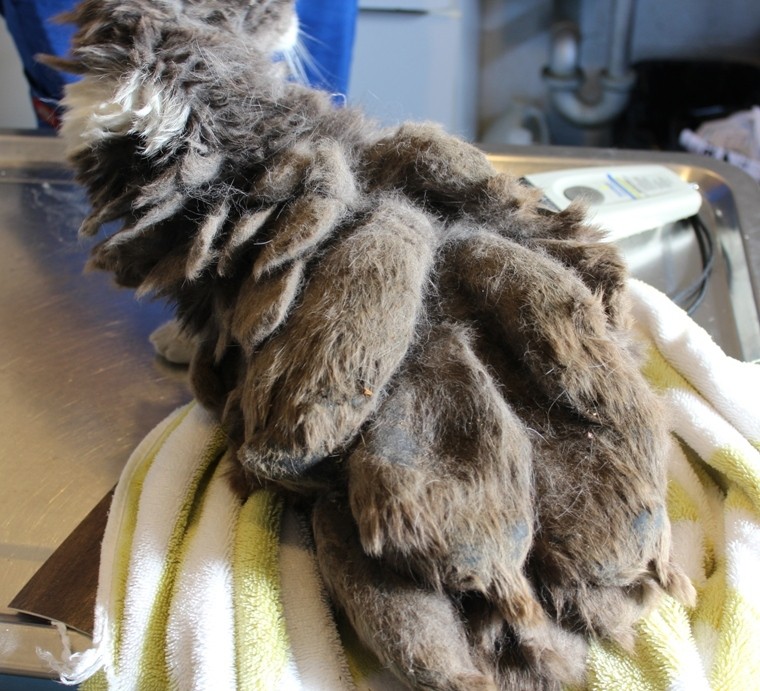 The cat was in desperate need of help. Huge clumps of matted fur hung from her body, which almost looked painful. The woman knew she needed to do something right away for this kitty, so she took her to Southampton Animal Shelter Foundation (SASF). When she arrived, staff couldn’t even believe their eyes. 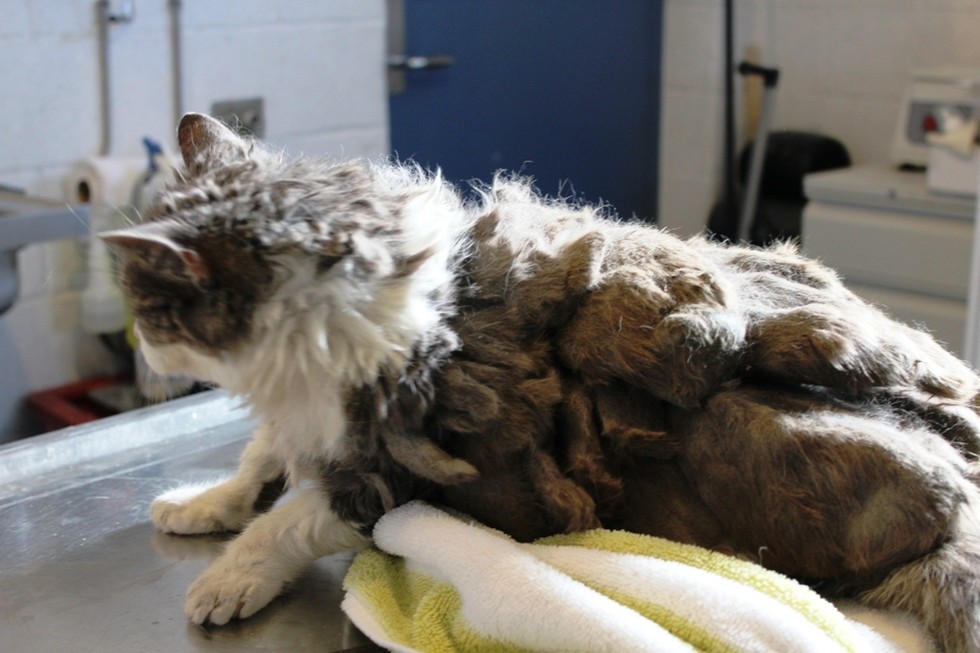