Not all cats hate water.

An adorable ginger cat named Masuka loves water and will overcome any obstacle to get to it. While he loves to lounge in the bathroom sink, he quickly realized there were water sources all over the house. At first, he became infatuated with the water cooler and the knob that the water came out of. He managed to figure out how to push the lever and make water come out. 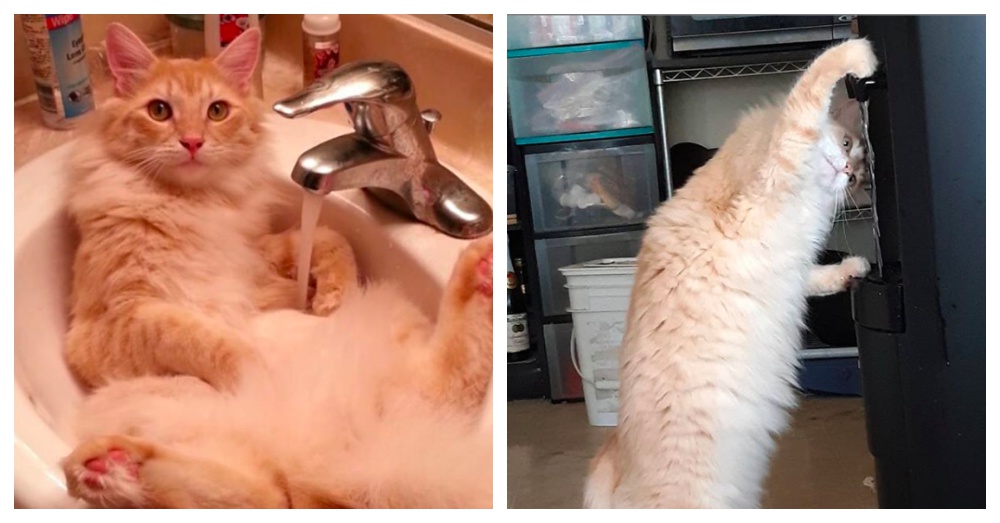 His mom, Tina, was not mad but impressed with his skills. However, she did not want water running all over the floor, so she turned the lever around on the water cooler. But that did not stop Masuka.

Masuka’s love for running water did not end there. He realized that every time his mom was in the shower there was a steady stream of running water waiting for him to play with. Tina was startled the first time the curious cat started to claw at the shower curtain. 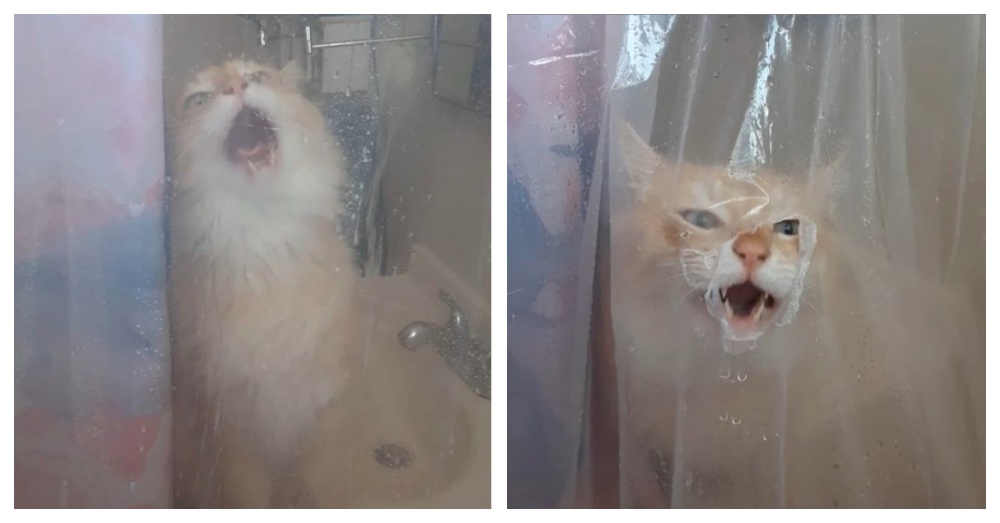 A shadow appeared and then vigorous scratching at the curtain – something straight out of a horror movie. Masuka was determined to get to the running water, no matter what he had to do. He figured out that he could use his claws to make a hole in the shower curtain and access the water, while also scaring his mother. 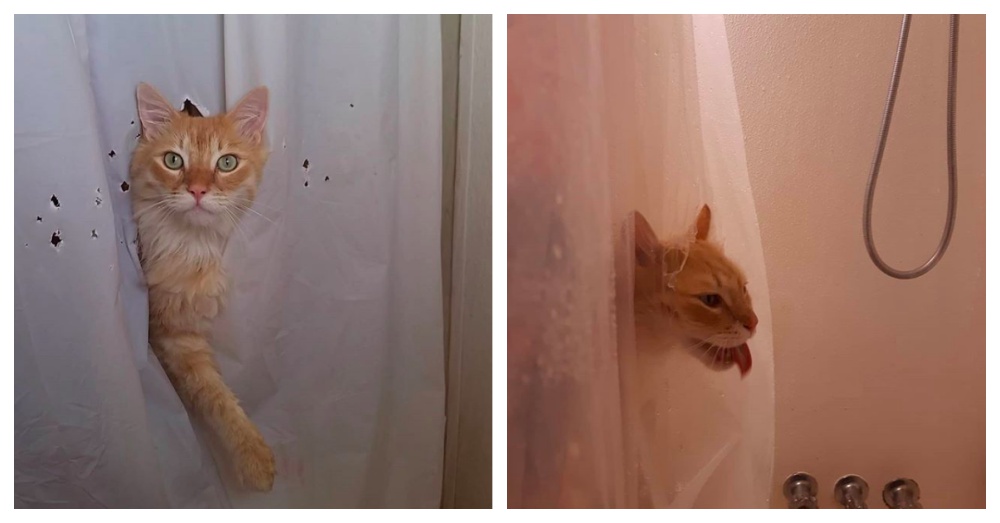 He is content to just lap up the running water, and prefers this method of drinking water to using a water bowl. 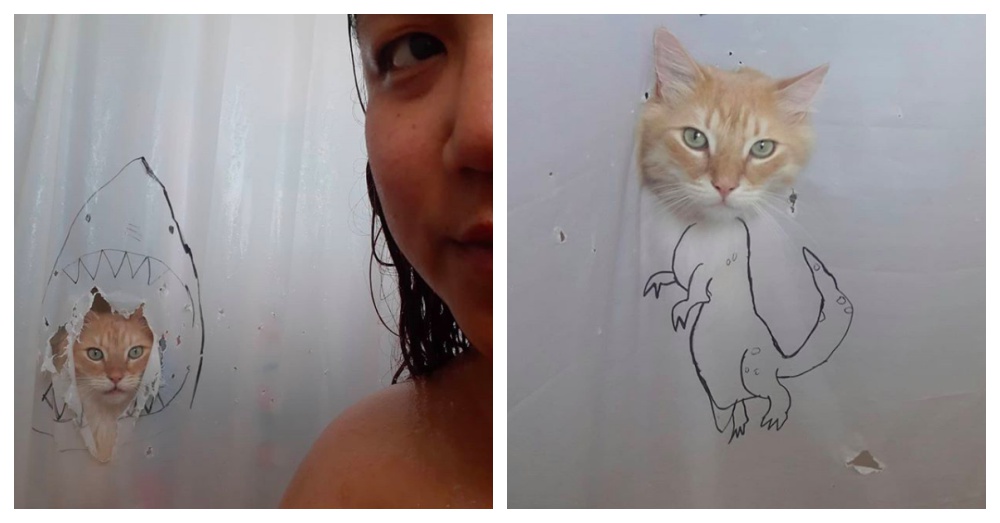 After many shredded shower curtains, Tina put up a simple shower liner and embraced her cat’s behavior. She even took a marker and drew funny pictures around the openings. If you can’t beat them, join them.

Tina posted a picture of one of her drawings with the caption, “No such thing as privacy hooman…NONE”.

“Cats will destroy your things. You can’t have nice things,” said Tina. 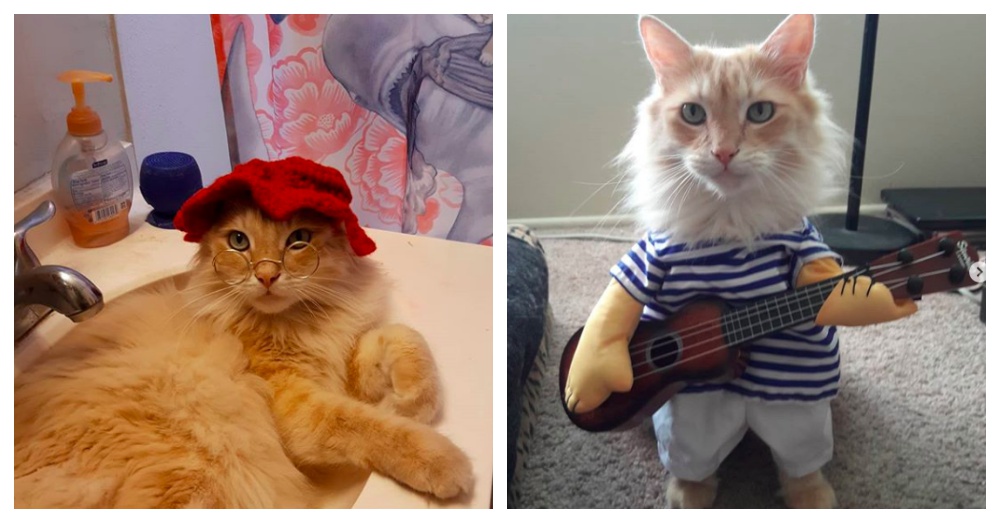 Masuka was a stray cat that Tina found outside her old apartment. She always fed the stray cats but Masuka made his way into her apartment and the rest is history. He is a special cat and even allows his mom to dress him up for pictures. 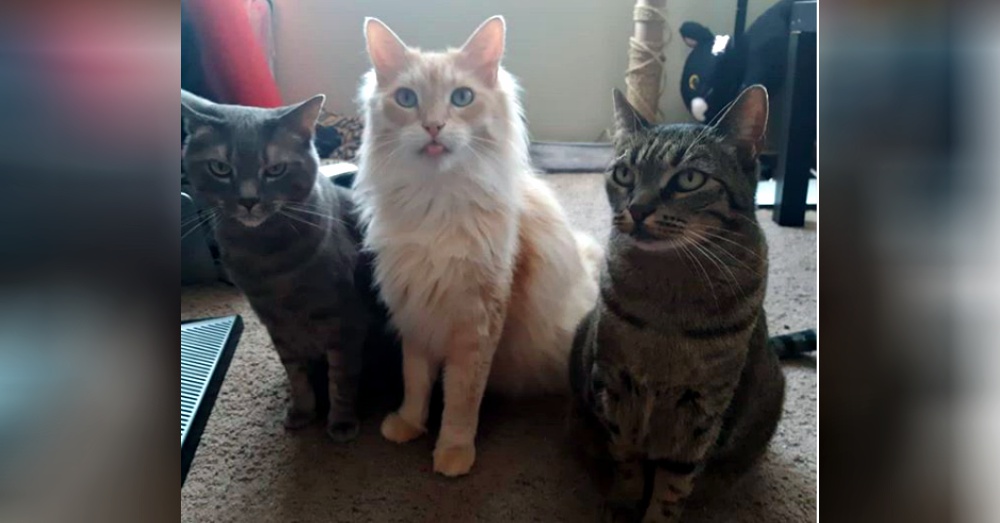 Masuka shares his home with two other feline siblings, Dexter and Ling. However, he demands the most attention. His wild antics and love of water has earned him over 12K followers on Instagram. There is never a dull moment with cats.

Watch the feisty feline claw his way through the shower curtain in the video below and don’t forget to share.