South Africa has over 10,000 captive lions in 300 different breeding facilities across the country. The lions are bred not for conservation, but for canned hunting (trophy hunting where the animal is kept in an enclosure and killed at point-blank range), bone trade in Asia and “walking with lions” activities.

Every year, hundreds of lions are killed for the inhumane bode trade in Asia. Lion bones are being substituted for tiger bones in Traditional Chinese Medicine (TCM). While there is no known medicinal properties, the South African government is supporting the bone trade claiming it is “justified as a component to the sustainable use doctrine”. 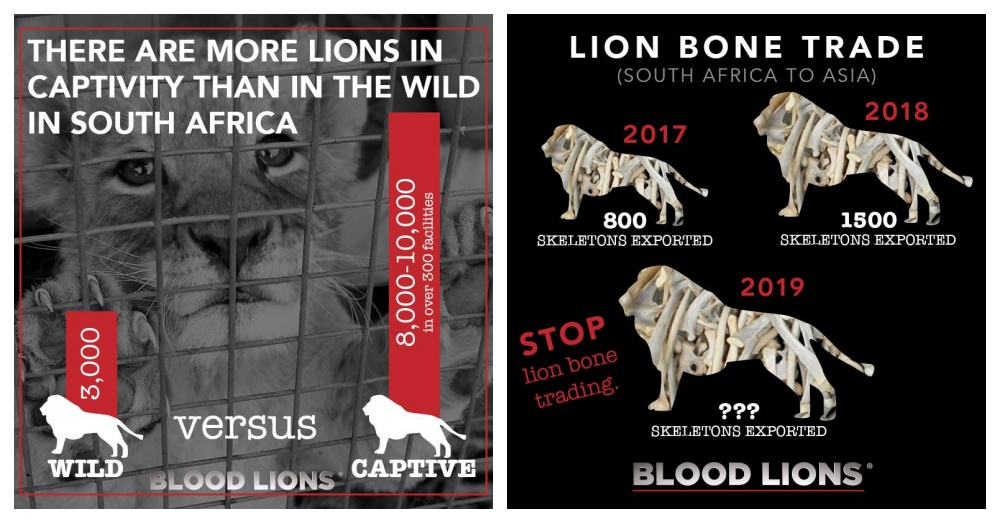 The large predators are forced to live in small enclosures with inadequate shelter and lack of water. A recent investigation revealed a breeding facility in the North West province that had 27 lions covered in mange. Most of the lions were bald with no fur left to protect their skin from the advanced case of mange. The National Council of the SPCA recently released details about their investigation into the facility. 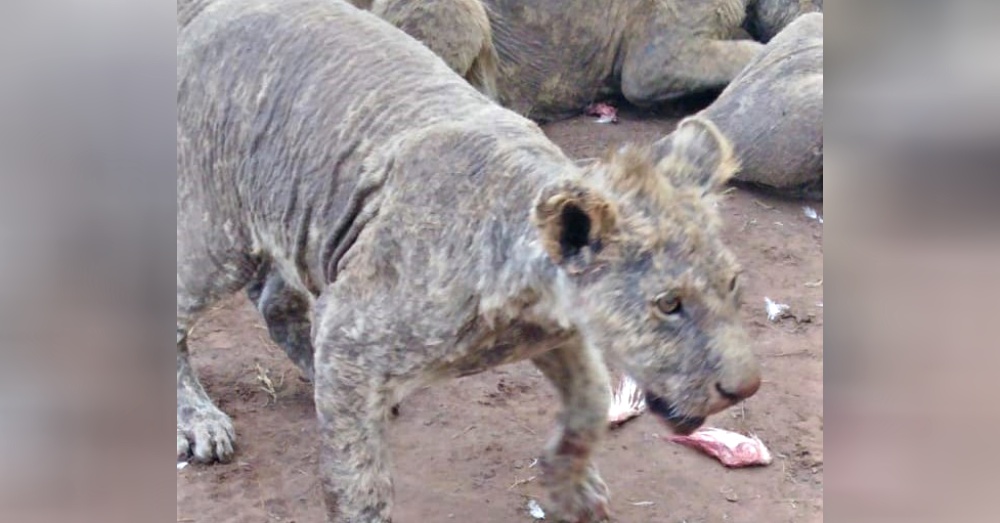 Senior inspector Douglas Wolhuter was heartbroken and shocked by the conditions of the animals. Two lion cubs were found on the property unable to walk, with possible neurological problems. “Other issues such as small enclosures and inadequate shelter, no provision of water, overcrowding, and filthy and parasitic conditions were noted in the camps that contained the lions, caracals, tigers, and leopards. Twenty-seven of the lions had mange and the caracals were obese and unable to properly groom themselves,” said Wolhuter. 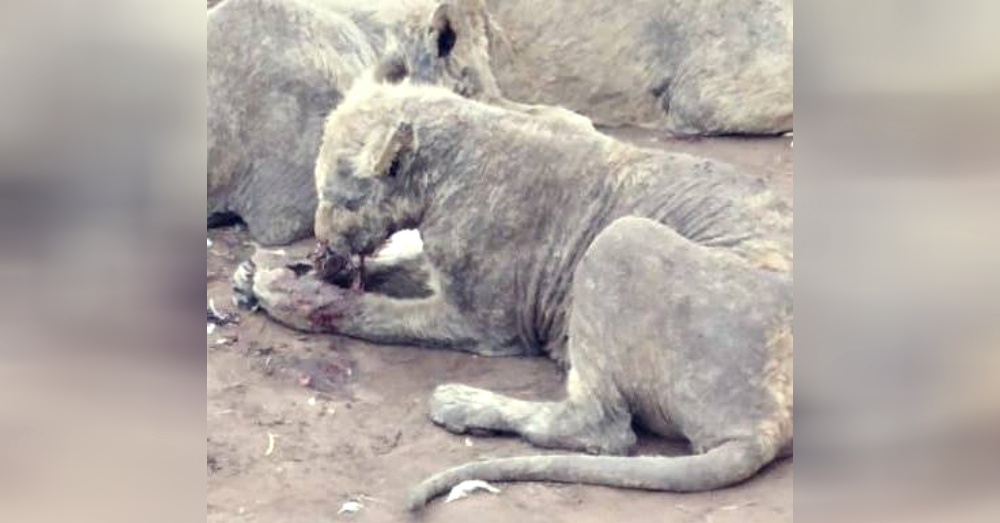 The case is still being investigated and depending on what medical reports on the animals reveal, charges could be filed. “It is deplorable that any animal would be forced to live in such conditions, with such medical ailments. The fact that these are wild animals that are already living unnatural lives in confinement for the purposes of trade, just makes it more horrific,” he said.

Blood Lion, an international campaign against captive lion breeding in South Africa, created a documentary film to raise awareness of captive lion breeding and the grim outcome. The film was been viewed worldwide and hopes to end the unethical and cruel canned hunts, bone trade and wild animal attractions. 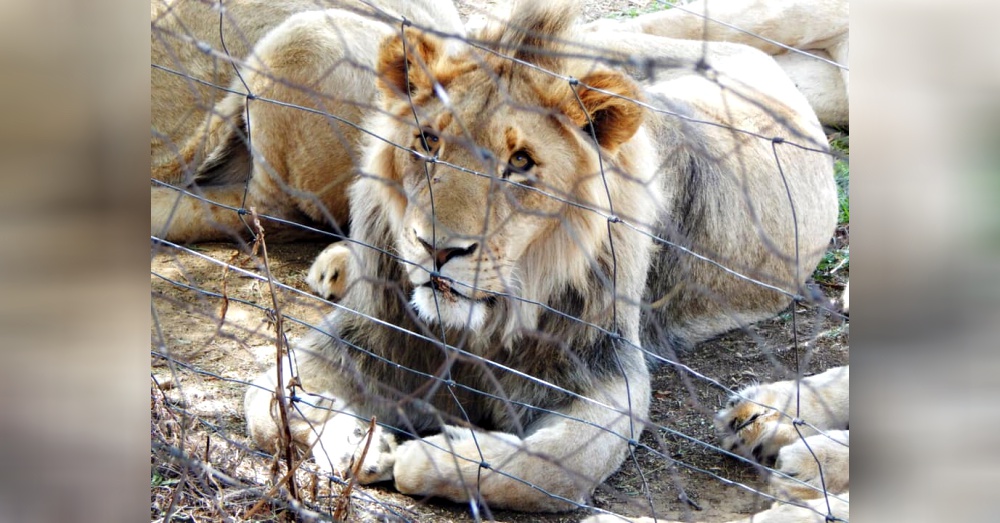 Loins are magnificent animals that deserve to be treated with respect, not used for human financial gain. The Humane Society of The United States (HSUS) and Humane Society International (HSI) have been working with Blood Lion to put an end to this cruel industry. “Captive lion breeding has no place in a civilized world, and it is condemned by lion scientists because it doesn’t have any conservation value,” states HSUS.

“By decreasing demand, we can put captive lion operators out of business. Don’t buy a ticket and keep lions in the wild – where they belong,” urges HSI.

Three-Year-Old Mountain Lion Killed By Rat Poison: Click “Next” below!