Bear, an Akita-Shepherd mix, was rescued by Second Chance Rescue NYC Dogs after he was found shot in a trailer park in Georgia and left for dead.

The rescue rushed him to a vet who found the bullet damaged his front left leg and the only option was to amputate it. Slowly, Bear adjusted to moving on three legs and refused to let his past damper his happy spirit. 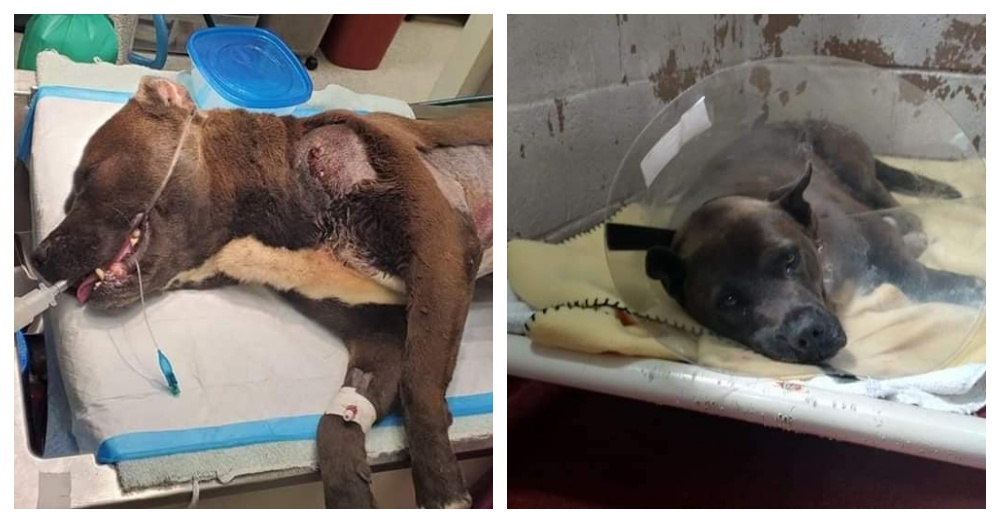 “Despite his past Bear has been nothing but grateful he got a second chance,” posted the rescue. Bear spent a month at a foster home recovering from his surgery and was a perfect gentleman.

The 4-year-old dog was described as “house trained, crate trained, knows simple commands, walks well on leash, loves kids, is good with other dogs, and happy howls when he’s really excited.” Bear loves going for leisurely walks and then cuddling on the couch. 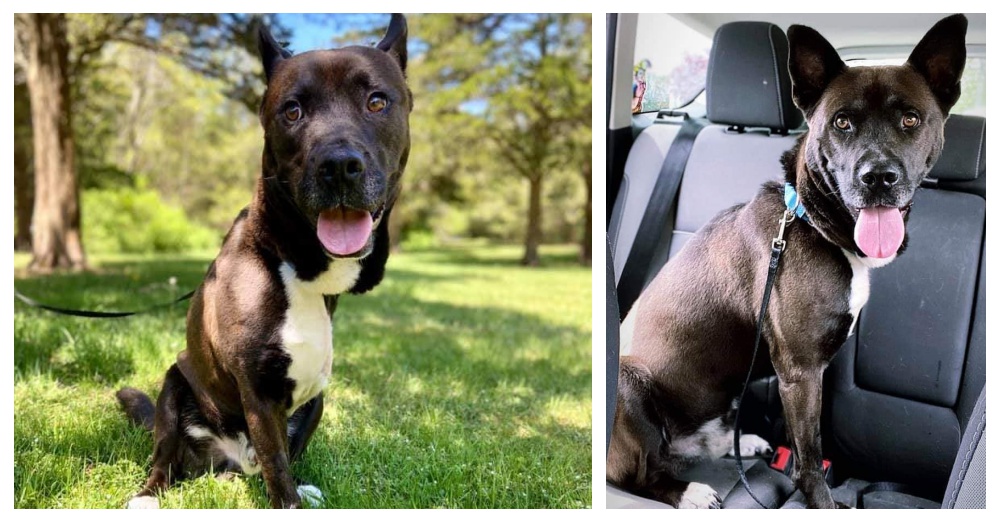 Even though he’s low energy, he still gets excited for walks and food and will do a happy dance and howl. Bear didn’t show any signs of destructive behavior and rarely barked. His foster mom said while he needs help getting into a car, he jumps out just fine.

She also noticed that he gravitated towards big burly men. Four days after the rescue posted the good boy was looking for a forever home a “burly man” adopted Bear. 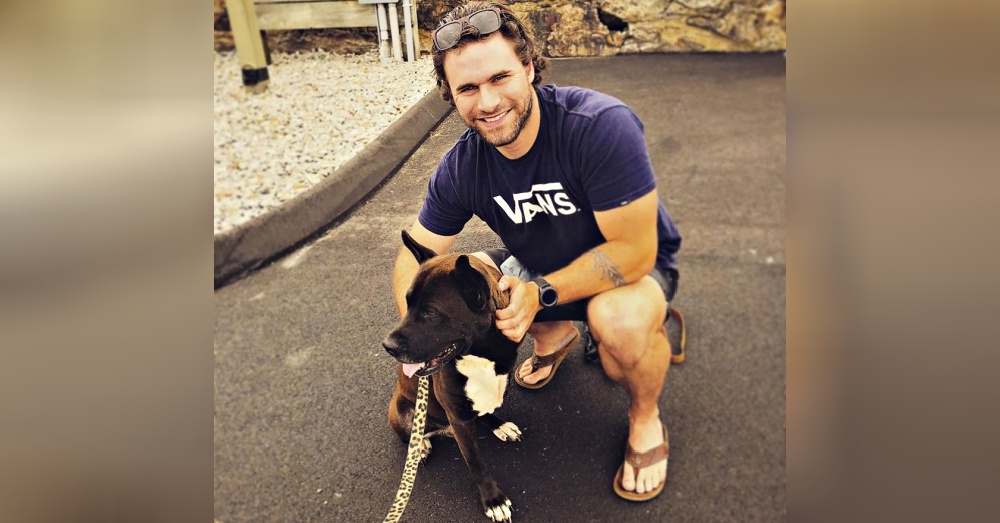 The rescue was moved to tears when Bear’s new dad arrived to take him home. They wrote, “And just like that I met my new dad! That’s right folks, Bear is officially adopted! 🥳 Thank you all for your support and helping save this sweet boys life. He was given a second chance to live life to the fullest! And yes, I’m an emotional wreck. Happy life Bear, be the goodest boi.”