In Batu Gajah, a 42-year-old woman works two jobs for all the right reasons. She does so to make money so she can care for stray animals.

A 20 km commute on a motorcycle every day is a part of Nazirah Abd Rahman’s life. She works as a beauty consultant at an Ipoh shopping complex but on the weekends, she has a different job. She revealed her weekend job in an interview with Malay Mail. 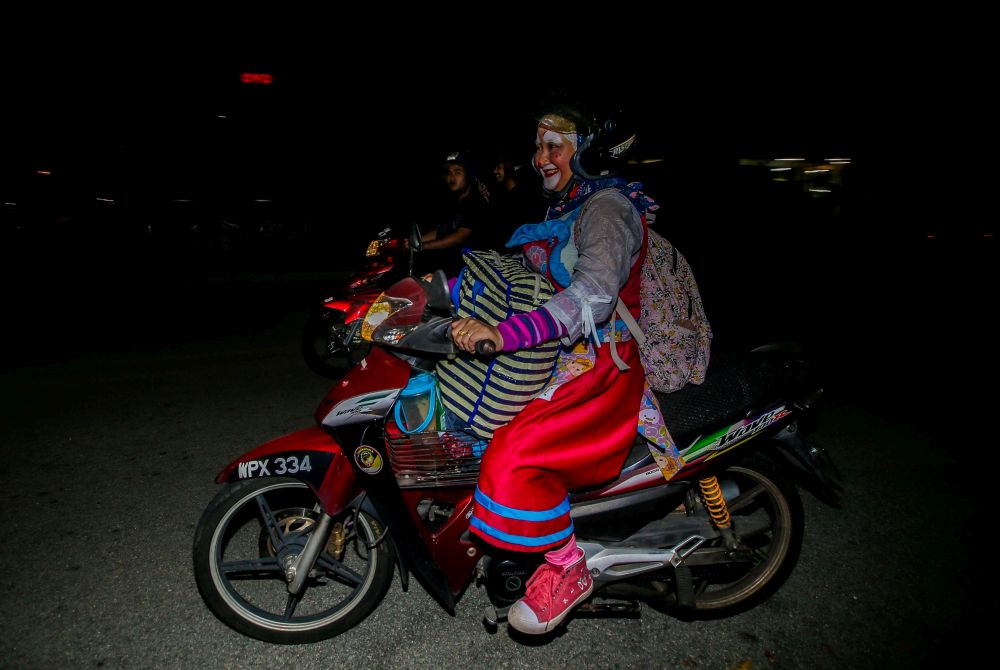 Nazirah is also known by many as ‘Mama Pinky’ because of her job as a clown. It takes her half an hour to prepare and then from 9 PM till 11 PM, she can be found at the Konda Kondi Café making balloons into various shapes and sizes. 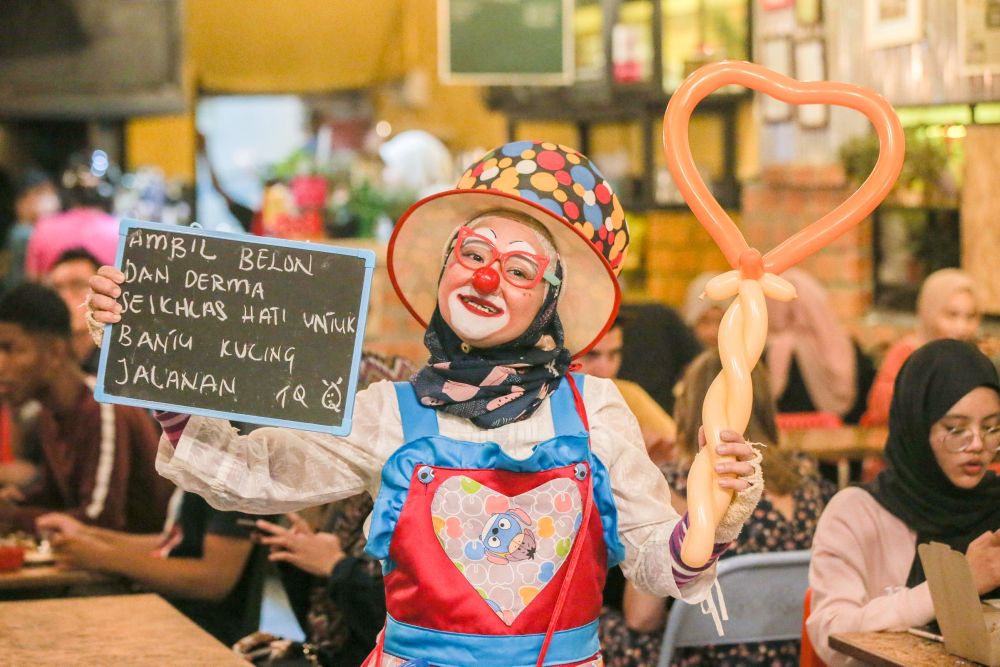 After her shift ends, she travels around Ipoh until as late as 1 AM to feed stray dogs and cats.

Not only does Nazirah use her earnings as a clown to feed animals, but she also pays for their medical needs.

If she finds a wounded animal, she takes it to the veterinarian for treatment. 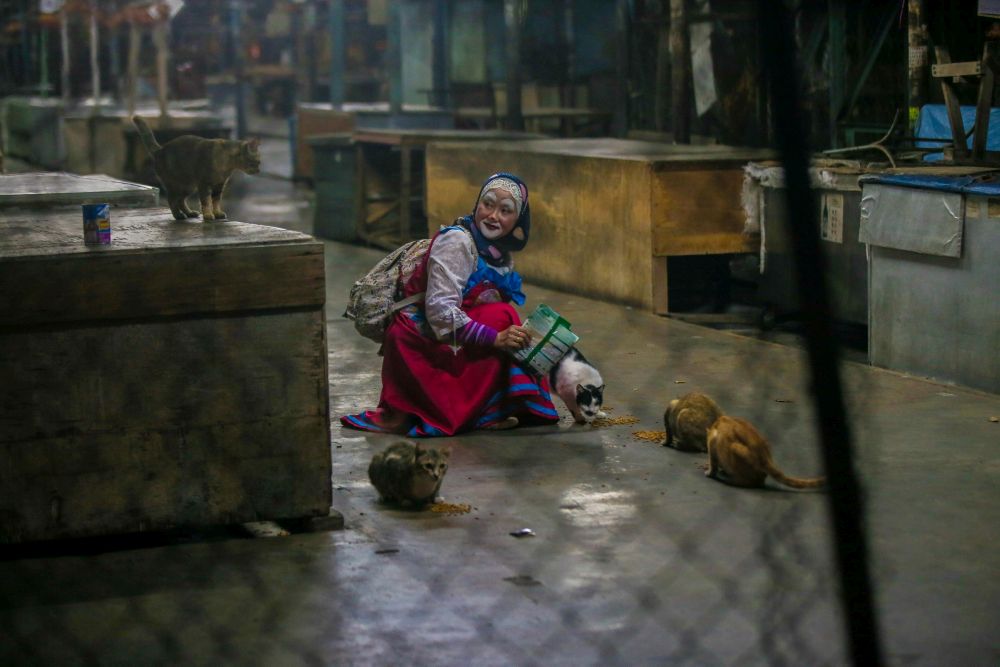 “The reason why I’m doing this is simple, I really feel sympathy for them. Unlike humans, they can’t tell whether they are hungry or in pain,” the mother of two told Malay Mail in an interview.

Nazirah has been taking care of the stray animals around the city for over four years and she has 50 cats at home.

She spends her weekly salary of RM400 ($95 US) to take care of the cats at home and strays from around the city.

“Previously I only managed to help a small number of animals. But after starting this part-time job I can take care of more, especially the ones with serious injuries like broken legs, big wounds, and so on,” she said.