While 8-year-old Maiya is safe from the alligator she fought in May, a flesh-eating bacteria has found its way into her wounds and is posing an even greater threat to her survival.

The Shiba Inu escaped from her Fleming, Fla. home where, because of a homeowners association policy, fences to keep pets confined to a yard are not allowed. Owner Daniel Less told News 4 Jax that he didn't think much of it until he heard a loud noise. 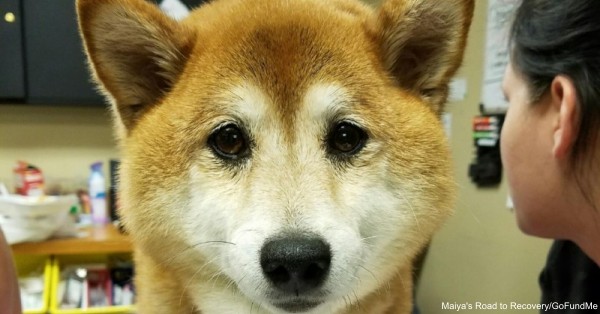 “As I’m walking down the hill to go get her, there’s like an explosion of water, and at that point, I didn’t realize what was going on,” Less said. “She was in the water and she hates the water and I knew something was going on and she was screaming,”

After escaping the jaws of a 7-foot alligator, Maiya was taken to St. Francis Animal Hospital, where veterinarian Michelle Sands discovered the infection. The dog was trembling from trauma and did not want to eat, but the worst was not over. 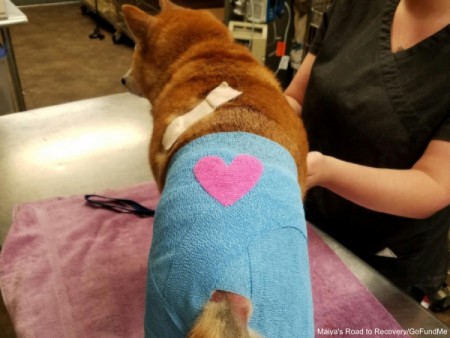 “It’s resistant to everything at this point, so we’re going to have to do some research into human medicine and see what we can use,” Sands said.

Maiya has gone through several surgeries in a hyperbaric chamber, along with blood and plasma transfusions. She will need skin grafts and reconstructive surgery before she is released home. 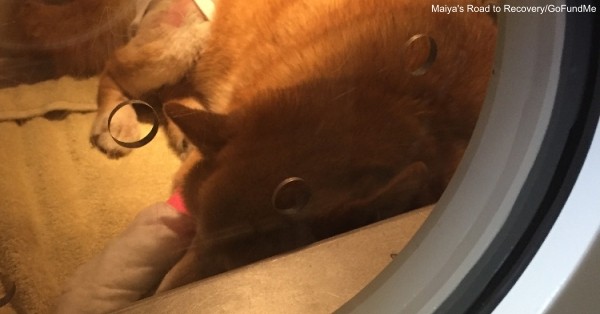 The Florida Fish and Wildlife Commission places alligator mating season, when the animals are more aggressive, between May and June. An alligator trapper has been dispatched to the area near the Less' home and has until July 7 to catch the reptile, after which the issued permit will expire.

“There’s a lot of kids that live around here and most families have dogs as well and something can happen tomorrow,” Alice Less told Action News Jax. 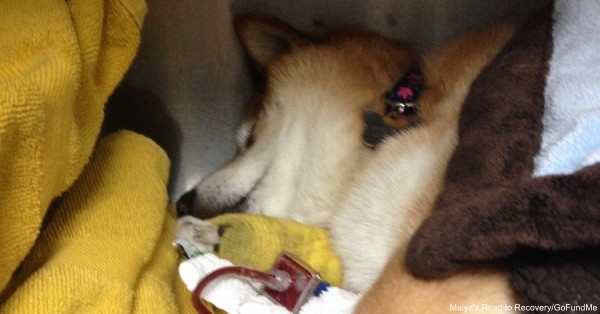 While Maiya's family continues to visit her and offer her support while she recovers, read more about another escaped dog who spent five weeks on a California highway before being rescued.