Fed Up With Bureaucratic Pussyfooting, Library Cat Max Takes His Complaint To The Top

When last we left Max, his heart was in tatters. The library was closed, no room for his cat matters.

They posted a sign, “No Max’s allowed.” Which someone then Tweeted, and prompted a crowd, of supporters, and fans, and book worms with knowledge.

“What’s the deal with this Max at Macalester College?”

One tweet became two, and two became four, until soon, tweets piled up against the college president’s door. No manner of huffing and puffing would do. Max wanted into the library, and others did, too. 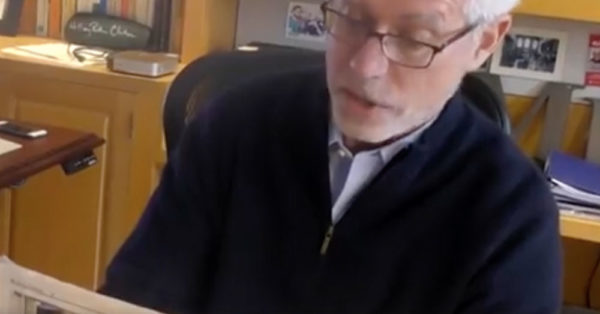 So Max made a visit to the Macalester offices to chat up the president and see how he professes to straighten this mess, this library kerfuffle, and let Max roam the stacks with no further trouble.

He brought a small gift, a story to read. On loan from the library, the same library, indeed. A cat with a hat, striped red and white, a favorite of young children and Max’s delight. 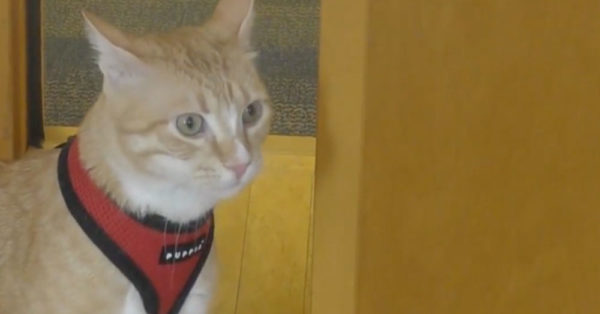 But President Rosenberg had other plans. Of Dr. Seuss, he was less of a fan. He opted for a cautionary tale, perhaps to lead Max down some moral trail. A legend of cookies and mice and favors. But Max found it distasteful, not a work he could savor.

For Max, library visits are still a no go. But he’s making some progress. Watch the video below!

Whether or not Max will ever be allowed to roam the library freely is yet to be seen. One thing is for sure, though. His story becomes even more adorable with each chapter. Click the button below to read on and see the feline-targeting flyer that started it all!