Ludivine is your normal, healthy bloodhound. Her owner, April Hamlin, let her out for a bathroom break one Saturday morning in January 2016. About 90 minutes later, the active pup had run an entire half-marathon in her hometown. Even more spectacular is what Ludivine accomplished along the way. 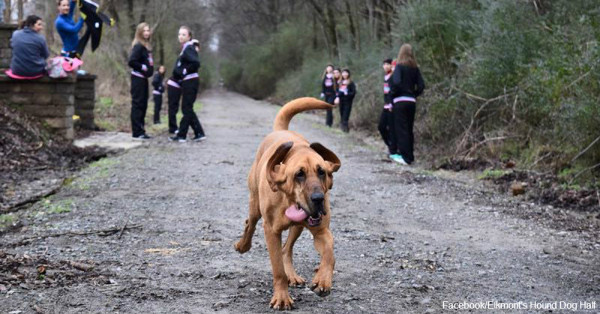 Ludivine loves to sneak out of her yard all of the time. Neighbors know she sniffs around and explores the woods near her home. Ludivine got out of her back yard and found the starting line of the Trackless Train Trek Half Marathon in Elkmont, Alabama. Once the starting gun fired, Ludivine followed the humans towards the front of the race.

Hamlin wondered where her bloodhound ran off to, but friends kept Hamlin in touch with texts and photos on her phone. Everyone in town knows who the dog is because she has wandered into other parts of Elkmont before this. This sleepy town has about 400 people, so Ludivine was never in any danger.

The dog occasionally left the race to cavort with other dogs, and she even went into some fields with cows and mules. However, Ludivine always stayed within a couple hundred feet of the race leaders. 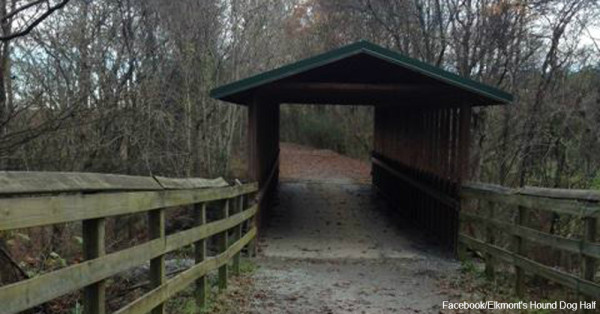 Ludivine finished the race with an official time of one hour and 32 minutes. That was good enough to place seventh out of 165 human runners. Volunteers at the finish line gave the dog a medal and took pictures with this new, four-legged running celebrity.

The real winners of the race were members of the Elkmont High School cross country and track teams. This first annual race served as a fundraiser for the local school system's athletic department. The publicity generated by the running hound dog was so great, organizers renamed the race for 2017. The second-annual race is known as Elkmont’s Hound Dog Half. Everyone in Elkmont loves Ludivine, the curious bloodhound that helped raise money for the local high school. You can help support man’s best friend by clicking here.