This is awful: authorities in Florida have recently been warning more owners about a statewide increase in horses being slaughtered and harvested for their meat.

Horse theft and slaughter cases in various counties across Florida have left owners reeling and searching desperately for solutions.

Brena Kramer of Zephyrhills knows about this horrific crime firsthand. She claims three intruders tried to slaughter her beloved horses for their meat.

If it weren’t for Brena’s two rottweilers, she says things would have ended much differently. She believes the dogs chased off the intruders.

Brena ran to their barn as quickly as she could and found one of the horses was left with a rope still tied around its neck.

The horses were left with cuts and scrapes all over their faces, especially near their eyes, along with rope burns near their mouths. 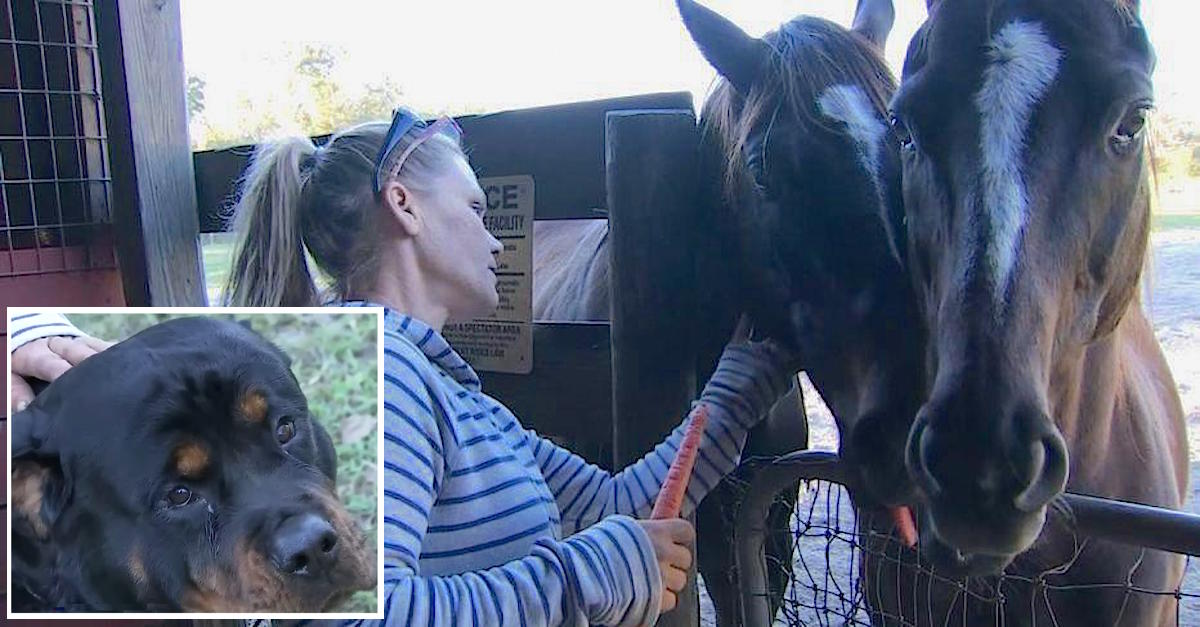 Brena is now sharing her story to warn other horse owners in her area and beyond.

“It is common down South. It’s something most horse owners know about, especially in Florida,” she told Fox13. “They will bleed them out and start butchering while the horse is bleeding.”

Thankfully, there are a couple of heroes who were watching over the horses during the incident.