After Lara May’s beloved tabby cat ran away and got lost during a bad thunderstorm, she posted about it on Facebook in the hopes someone would help reunite them.

Her post caught the attention of John Sanfratello, owner of Angelo’s Pizza in Matawan, New Jersey. The picture of Lara’s cat, Hazel, reminded him of his own cat who had gone missing at one point. John wanted to figure out a way to help find Hazel.

John, who was at his pizzeria at the time, turned toward his wall of pizza boxes — hundreds of them stacked to the ceiling and waiting to be stuffed with delicious pies — and he had an epiphany.

John told Lara he wanted to put her missing cat flyers on every pizza box picked up by or delivered to a customer.

It was an idea that would get tons of attention — and, in turn, bring plenty of attention to so many missing animals. 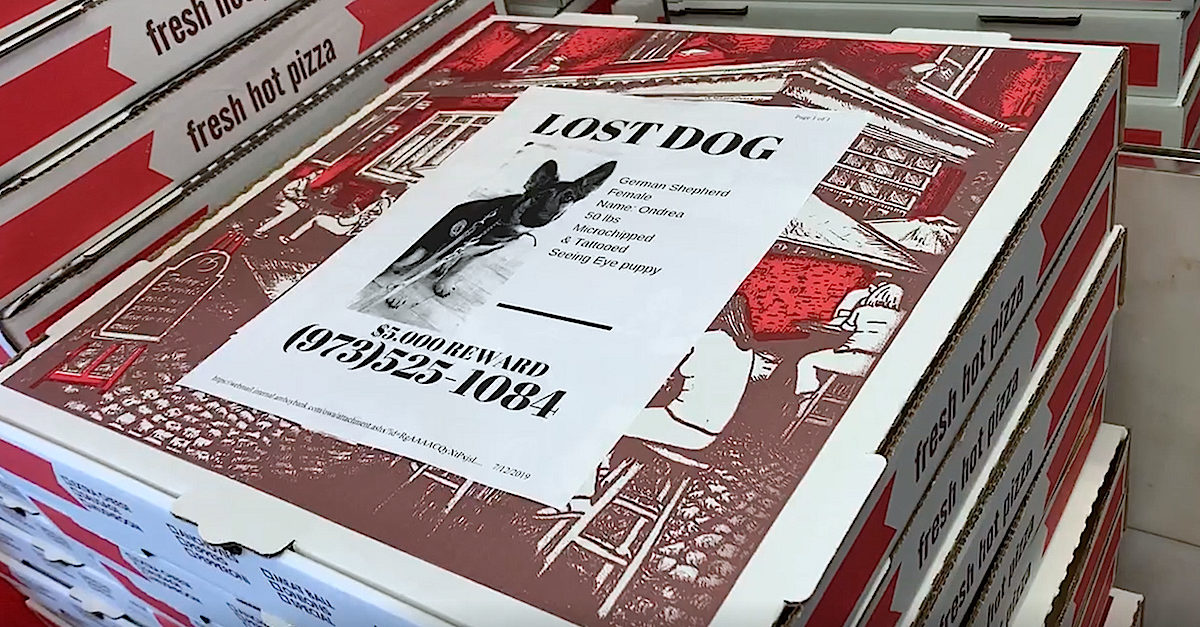 Lara was so touched by John’s brilliant and kindhearted idea. Thankfully, Hazel the cat found her way back home before the pizza boxes were needed.

But the idea stuck with John.

He wanted to turn his idea for Lara into a long-term mission that would reunite owners with their lost pets. He posted about it on Facebook, where it quickly went viral with tens of thousands of comments and shares. He couldn’t believe that something so simple got so much attention … a true testament to the love and devotion we feel toward our pets.

Now, a pizzeria that’s been a staple of its town for the past 45 years is incorporating a brand-new and lifesaving protocol into its business model — and more pizza shops are feeling inspired to do it, too.