Adopting a pet is a serious undertaking. Like taking on any new family member, it’s a commitment. In adopting pets, you’re saying you’re willing to love and care for them unconditionally for the duration of their lives.

A family in Orange County, Florida, didn’t see it that way. They surrendered their pit bull to Orange County Animal Services after finding the dog wasn’t a good fit.

When you hear about someone abandoning a pit bull, you may fall into stereotypical thinking. Was the dog mean? Aggressive?

In Ruby’s case, it was the complete opposite. The 1-year-old dog is friendly and obedient. Ruby was surrendered to the shelter for being “too nice” by a family that was looking for a guard dog.

When her story hit social media, the interest in the good girl escalated quickly. After spaying her, shelter staff got to work on finding Ruby a forever home. 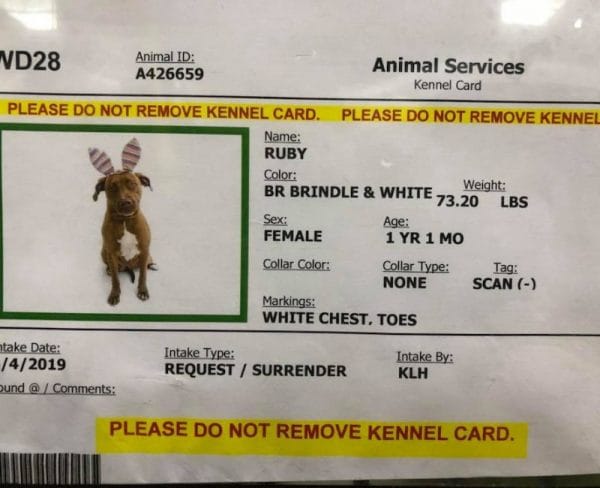 Bringing an animal home is a serious commitment. Sometimes, people find that the animal they fell in love with isn’t a great fit for their family.

It’s important to do your research before bringing a dog home so you don’t go through all the trouble only to let the dog go again. Owners in Orlando, Florida, sadly did just that with their 1-year-old pit bull. 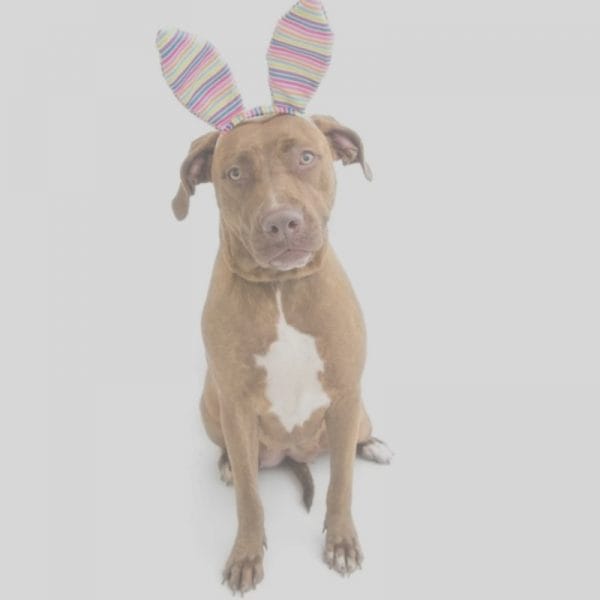 The pretty girl named Ruby wasn’t what the owners had in mind when they thought about pit bulls. They believed the stereotype that the breed is mean and vicious.

Pit bulls are given a terrible reputation across the board that they simply don’t deserve. For every story of a vicious attack by a member of the breed, there are a hundred about how loving they can be. 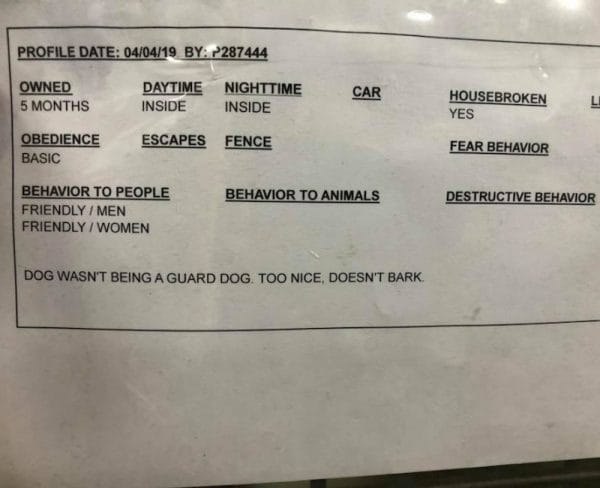 According to WKMG, the owners surrendered Ruby to Orange County Animal Services after determining she “wasn’t being a guard dog.” She wasn’t the kind of dog they had in mind.

When they dropped the dog off at OCAS, their complaints read as comical. They said the dog was “too nice” and that she “doesn’t bark.” 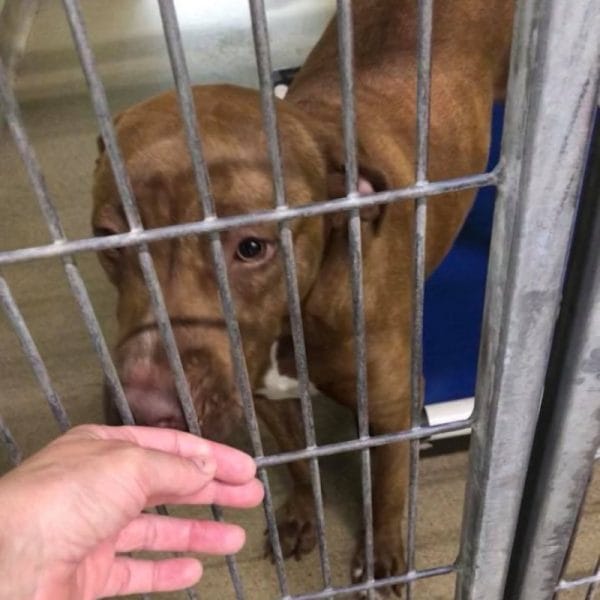 The folks at Orange County Animal Services fell in love with Ruby. The 73-pound white-and-brindle pup is cuddly and housebroken and knows obedience commands.

A Facebook post by one of the shelter employees about Ruby went viral. It was shared over 2,000 times in the time it took to get the sweet dog spayed. 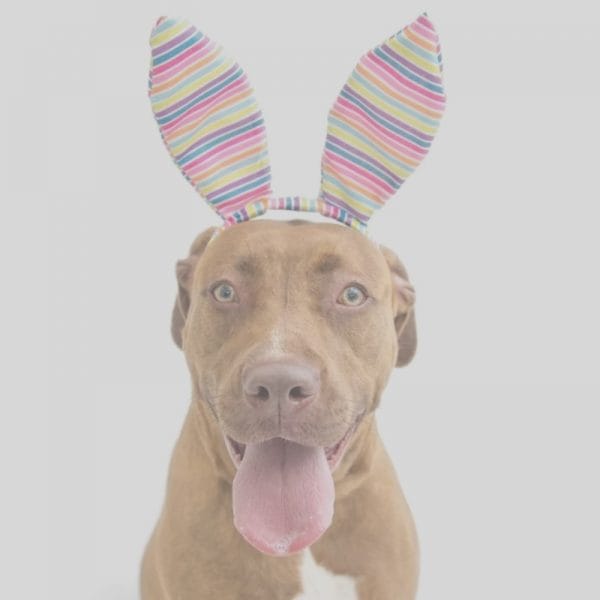 A lot of people inquired about Ruby after hearing her story. Volunteers and employees were flooded with requests from prospective forever homes.

Luckily, Ruby got just that. The day after she was spayed, she went to a new loving home. 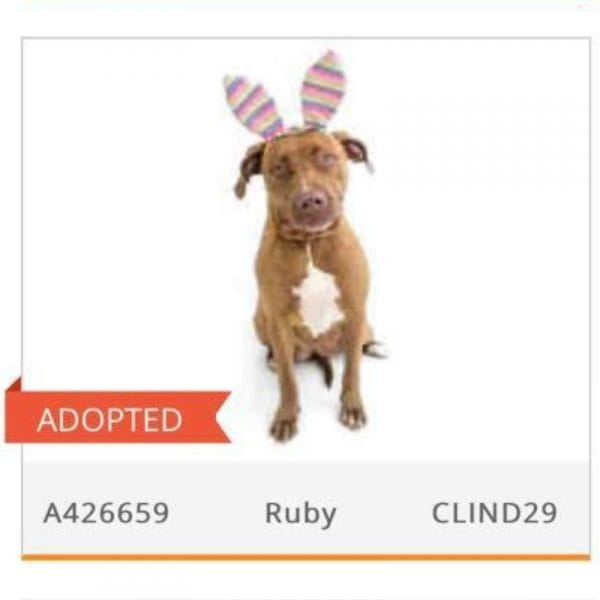 The work of Orange County Animal Services is far from over. The shelter receives over 50 animals each day.

If you’re in the area, you might be able to make another animal’s dream of a forever home come true. The shelter is running a promotion this month called “Stray’s Anatomy.” 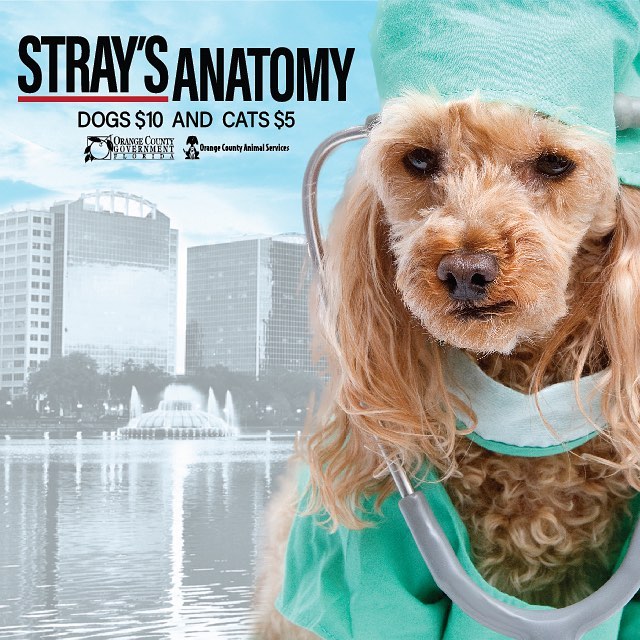 Animals who are labeled as strays by the shelter can be adopted at just $10 for dogs and $5 for cats. That low price includes it all — microchipping, sterilization, and vaccinations.

When you’re adopting an animal, make sure your expectations are realistic. You’re looking for a forever friend, and you need to be able to make a commitment to that animal.