Three years ago, Lucky the pit bull was living in a locked, abandoned house where the floors were covered in feces.

He successfully escaped from the house, only to be shot in the face and leg.

Lucky was rescued by the Great Plains Society for the Prevention of Cruelty to Animals. He later found his forever home with the Rudman family in Lee’s Summit, Missouri.

Now Lucky is living a brand-new life as the very best version of himself, and he’s famous on social media.

His claim to fame? Eating tacos. 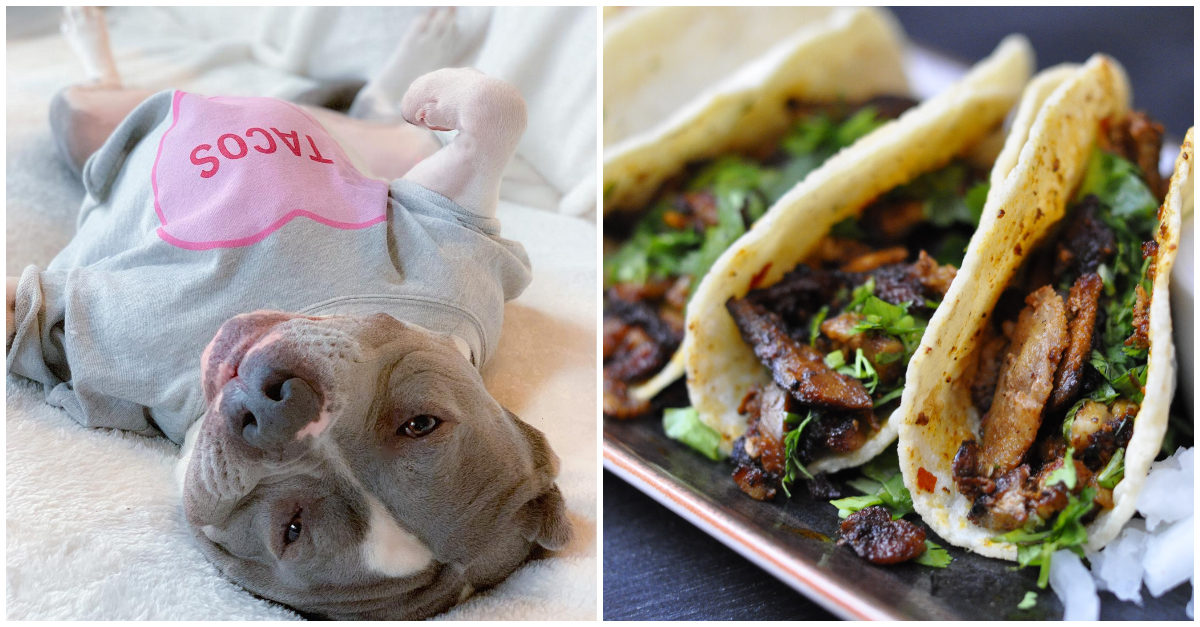 It is VERY fun to watch Lucky eat tacos, which is why he has over 25,000 followers.

This week, Lucky turned 5 years old. The Rudmans threw him a big birthday bash with, yes, plenty of tacos. The party took place at a Taco Republic truck.

“I just want to make his life so much better than what it was before,” Gina said. “I think we’re doing that. I think he’s a pretty happy guy.”