A tiny puppy named Latte beat the odds by surviving being snatched from her backyard by an owl.

Latte is a 12-week-old puppy who lives in Arizona.

She was out in the backyard with her foster siblings one day when an owl swooped down and carried her off.

At the time of the abduction, Latte and the other puppies were around a corner and out of sight of their foster mom, Bonnie Ziegler. Bonnie didn’t know where Latte disappeared to until 12 hours later. Golfers at a local golf course found her lying under a tree, injured from the owl’s talons and dehydrated.

Melissa Gable, chief engagement officer of the rescue group that is fostering Latte, spoke with People about the incident. “Unfortunately it is not uncommon to see these types of predators here in our desert climate,” she said.

“Owls, coyotes, javelina, and bobcats have all been known to pose a potential threat to our dogs and cats. And in this case, even with the foster mom standing just feet away, terrible accidents can and do happen.”

Thanks to community support, this strong-willed puppy is making a “speedy recovery.” 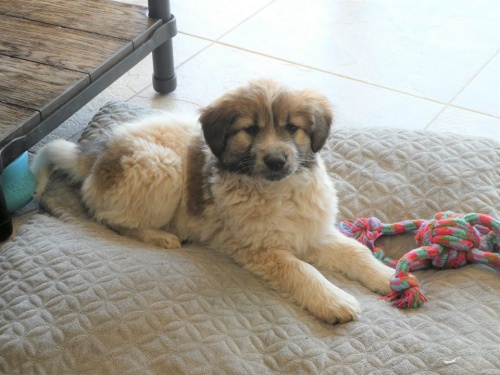 Meet Latte. Latte is a puppy who was officially crowned the World’s Cutest Puppy when she was born 12 weeks ago.

OK, I just made that up, but she is really cute.

Latte lives in North Scottsdale, Arizona, with her foster mom, Bonnie Ziegler. Bonnie also has other foster pups in the home. Recently, she let out four puppies for a supervised bathroom break in her backyard.

Unfortunately, birds of prey are not an uncommon occurrence in the area, and Latte caught the attention of a nearby owl on the hunt. The owl snatched the 11-pound puppy off the ground and carried her away.

Bonnie didn’t realize what happened immediately. The pups had turned a corner of the yard and were out of their foster mom’s sight while doing their business.

When Bonnie called the pups to come back inside, only three came running — no Latte in sight. 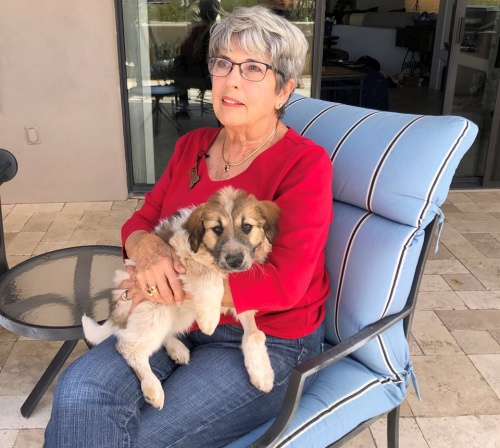 “I didn’t hear a sound and the other puppies didn’t bark. It was as if she just vanished,” Bonnie said on the Foothills Animal Rescue Instagram page.

Bonnie explained, “We immediately started searching and soon our neighbors joined in. We posted a notice on Nextdoor in the hopes someone might find her.” 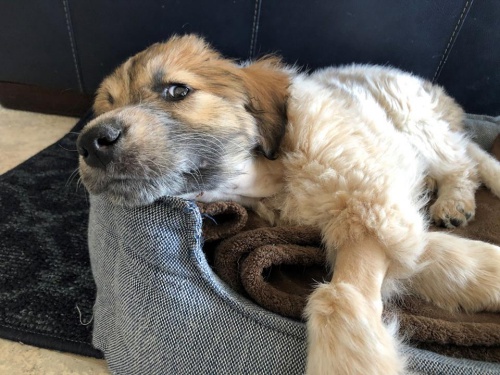 Twelve hours after Latte disappeared, a group of golfers discovered her on the course at the Troon Golf Club. She was underneath a tree, injured and dehydrated.

A golfer took a photo of the pup and posted it to Nextdoor, and Bonnie came to rescue Latte and take her to the veterinarian. The vet determined that an owl had carried her away, based on her injuries. 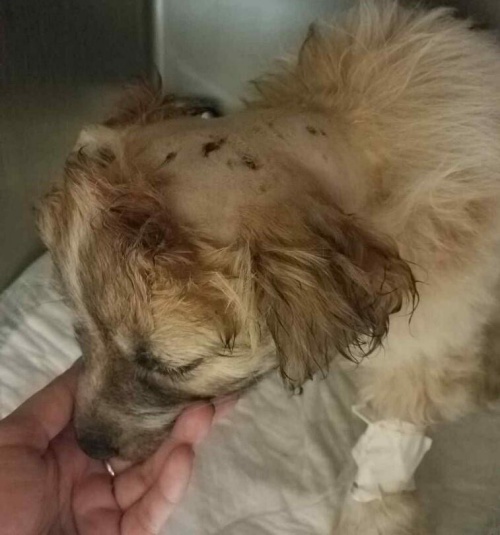 Latte didn’t have any broken bones, luckily, but she did suffer puncture wounds from the owl’s talons. The vet could see the talon wounds on Latte’s skull and neck.

“Incredibly, Latte survived and after a weekend at the emergency veterinary clinic, she is back with her foster family and doing well,” the rescue said in a Facebook statement.

It asked supporters to donate to Latte’s $4,500 veterinary costs in honor of Arizona Gives Day. 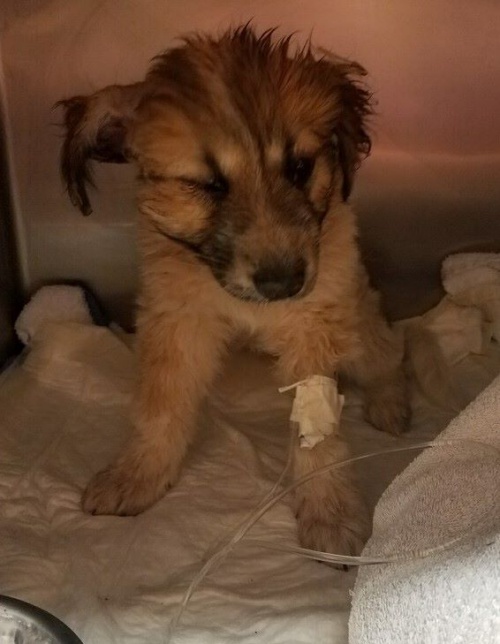 One look at Latte’s sweet lil’ face, and the people came rallying. The rescue raised all $4,500, and Latte is now making a “speedy recovery.”

“She tires easily right now, but still has the energy to greet visitors, wag her tail and cuddle with her foster family,” Melissa Gable, chief engagement officer at Foothills Animal Rescue, told People. 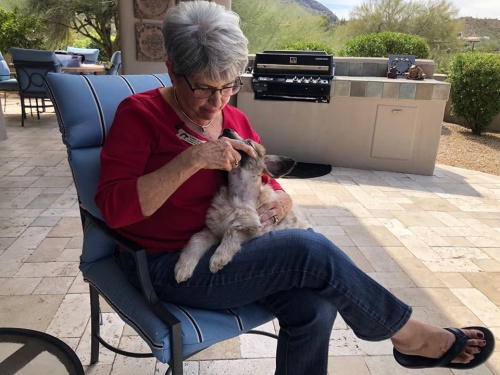 Melissa says birds of prey are common in their desert climate and that many animals would not have survived the ordeal.

“We suspect her weight and her fluffy fur coat may have helped save her life,” Melissa said.

Latte’s story also serves as a cautionary tale. Many fully grown pets are her same weight and size!

Latte will spend a few more weeks in foster care as she heals, but thanks to her story, countless people are clamoring to adopt this cute survivor.

Before you get your hopes up: The rescue group said she may already have an adopter!