It’s important for pet owners to know some basic first-aid measures in case they find themselves needing to help their pets — or someone else’s.

The Red Cross even provides an online course for cat and dog first aid so that people can learn the tools they need to save their four-legged friends. Too often, people panic and don’t know what to do when an animal begins choking or gets into something it shouldn’t have.

Panicking can lead to a waste of precious time.

A Turkish man has his quick thinking and knowledge to thank for saving a stray puppy when he discovered it was in distress.

The incident took place in the Black Sea province of Rize, Turkey.

The man, Omer Yilmaz, was walking by a shop when he heard the shopkeeper calling for help.

Omer ran up to him. 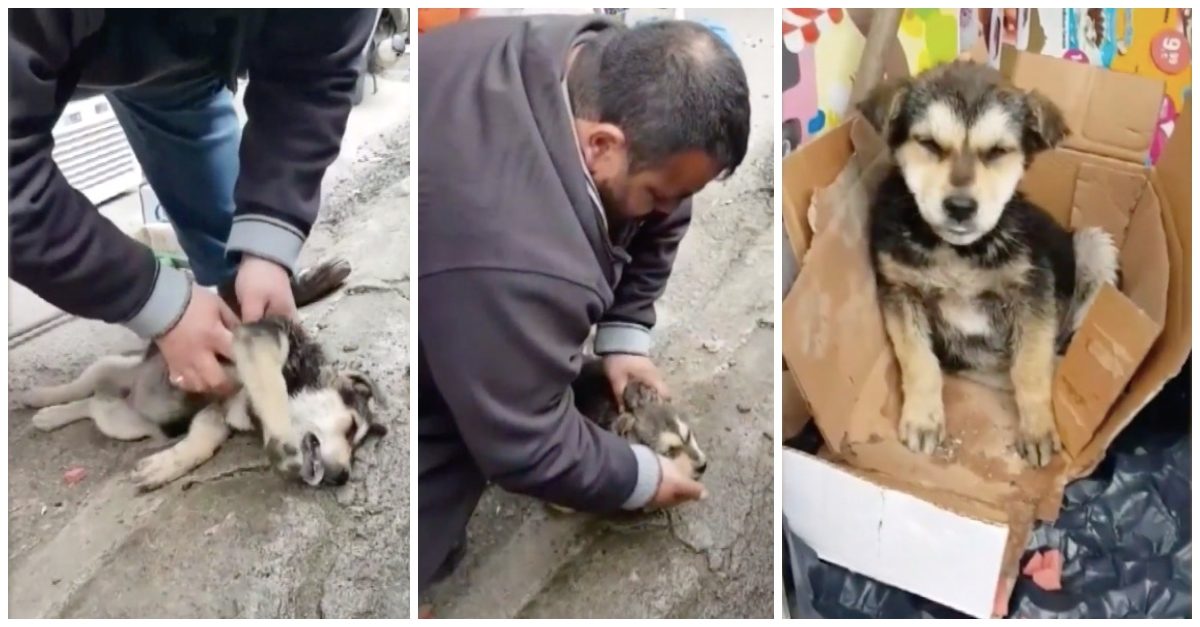 The shopkeeper had been feeding a stray puppy out of his hands when all of a sudden, the puppy stopped breathing. Omer realized that the small dog was choking on a piece of sausage the shopkeeper had fed it.

Omer attempted to pull the piece of sausage out of the dog’s mouth. He was able to dislodge it and began rubbing the dog’s chest.

Then he rushed the puppy to a sink of running water and began to perform CPR on the pooch.