Daughters Are Home Alone When Intruders Start To Break In, But Their Rescue Dog Defends Them

Time and time again, we’ve seen stories about heroic dogs who refuse to let any harm come to their beloved families.

This story is no exception.

Tim Ryan’s two teenage daughters were home alone with their dog, Penelope, when a couple of burglars reportedly zeroed in on their home in Virginia Beach.

The suspects reportedly hoisted themselves over the fence by jumping onto the family’s blue recycling bin, giving them access to the back door.

One of the would-be intruders accidentally yanked off a piece of the door hinge in the process, scaring one of the girls who was sitting on the couch inside.

Before that day, Tim never thought of the family dog, Penelope — a half-lab, half-pit rescue — as a guard dog. She is incredibly sweet and friendly. He’d assumed that if she’d ever come face-to-face with a burglar, she would still be the same easygoing dog. 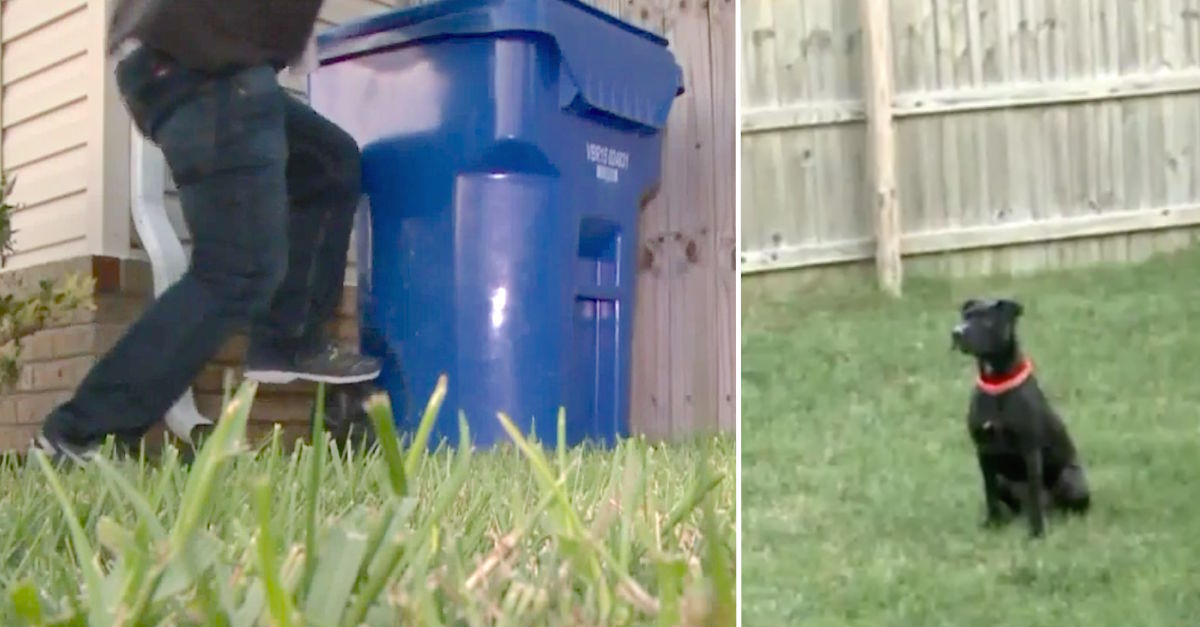 That’s why Tim was floored when he heard what happened next.

“My eldest daughter, Kelly, said that she [Penelope] chased away the burglar. I was shocked. I really thought she would just lick the guy to death,” said Ryan.

Now, the grateful father says he’s terrified to think what could have happened to his daughters if it wasn’t for Penelope.