While there, they met two stray dogs named Coconut and Maisie. The pair of homeless pups were starving and malnourished — but sweet and loving, and longing for a forever family.

Though they never planned on returning home with pets, it was love at first sight. Jennifer and Kevin were determined to adopt Coconut and Maisie and bring them back home to Colorado.

In fact, Kevin made a second trip to St. Maarten just to pick them up and bring them back! And after two weeks of hard work and unwavering compassion, their efforts paid off. 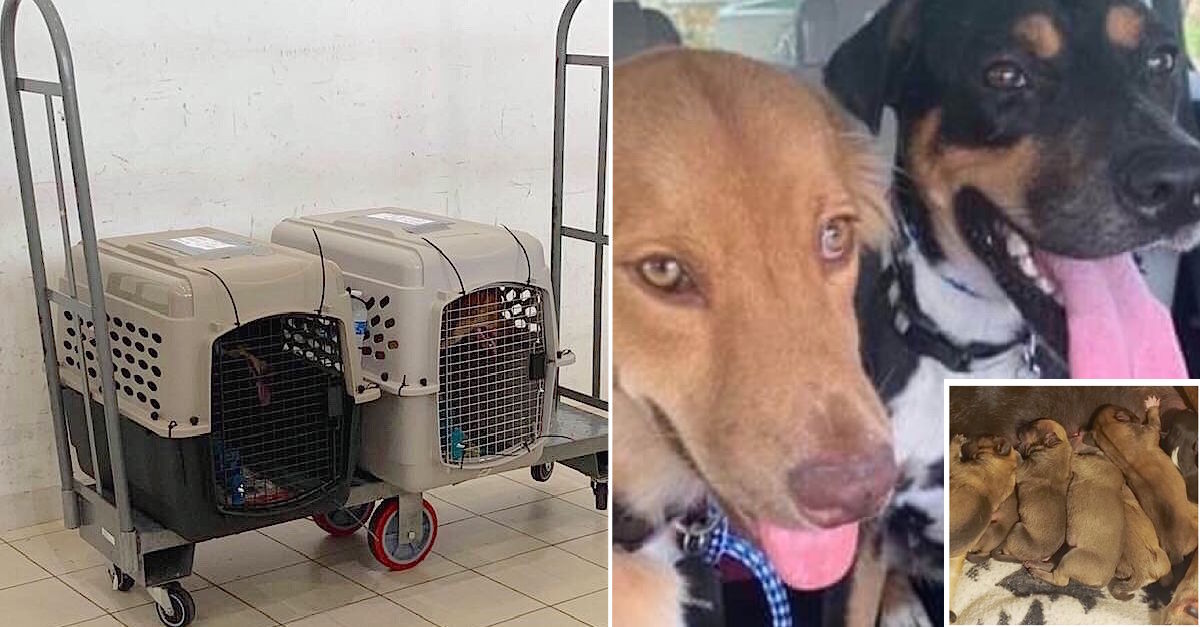 They figured their weight gain was due to the fact they were actually eating well for the first time in years.

Truth was, Coconut was pregnant with a very large litter. And just six days later, Maisie revealed a secret of her own.

Soon enough, the Boltz family has 17 new puppies added to the family!

The Boltz family set up a GoFundMe page to help with their expenses related to Coconut, Maisie, and their unexpected puppies.

Watch the video below to see how this family grew from four to 23 in just a matter of weeks.