Doctor Gets Text Message About Rejected Kitten With 2 Faces, Adopts Her To Beat All Medical Odds

While making his cross-country move from New York City to California, Dr. Ralph Tran got a flat tire.

As he waited for roadside assistance during the unexpected mishap, the seasoned veterinarian received a text message from his friend.

His friend’s cat had just given birth to a tiny black kitten, but the mother quickly rejected her. The kitten was underweight, had respiratory infections, and couldn’t eat on her own. She had special needs and required 24/7 medical care to survive.

Oh, and there was just one more thing: Dr. Tran’s friend also said this adorable black feline was a “Janus kitten,” meaning she was born with not one but two faces.

The dual-faced kitten has a rare congenital defect called diprosopus, or craniofacial duplication. She has one body and one head like a normal cat, but two fully functioning faces.

Both of her mouths compete to eat food, and they even meow separately! 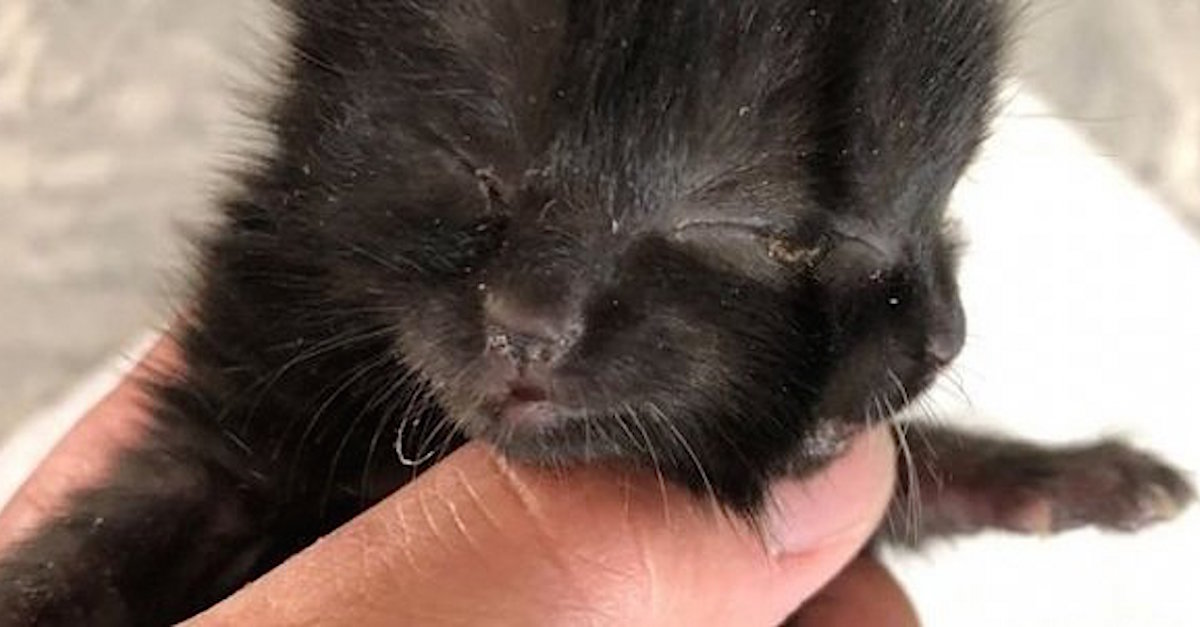 Because of the flat tire, Dr. Tran was still close enough to his friend’s house to grab the kitten, who was named Duo, and bring her on his cross-country journey.

He agreed to take her back home with him so Duo could join him and his other pets, but the road to wellness would not be easy.

Unfortunately, most Janus cats survive past birth for only a few days … which is what makes Dr. Tran and Duo’s story so heartwarming.

Watch the video to learn more!