Have you ever seen your doppelgänger? Someone who is unrelated to you and looks almost exactly like you? There’s something really intriguing about this phenomenon, if also a little bit creepy. Glancing at them makes you feel like you’re looking at yourself from a distance. Yet there’s also a kind of unspoken bond that forms, even if you never end up talking to them.

Is this also the case with animals? We think so, and we have a story to prove it! 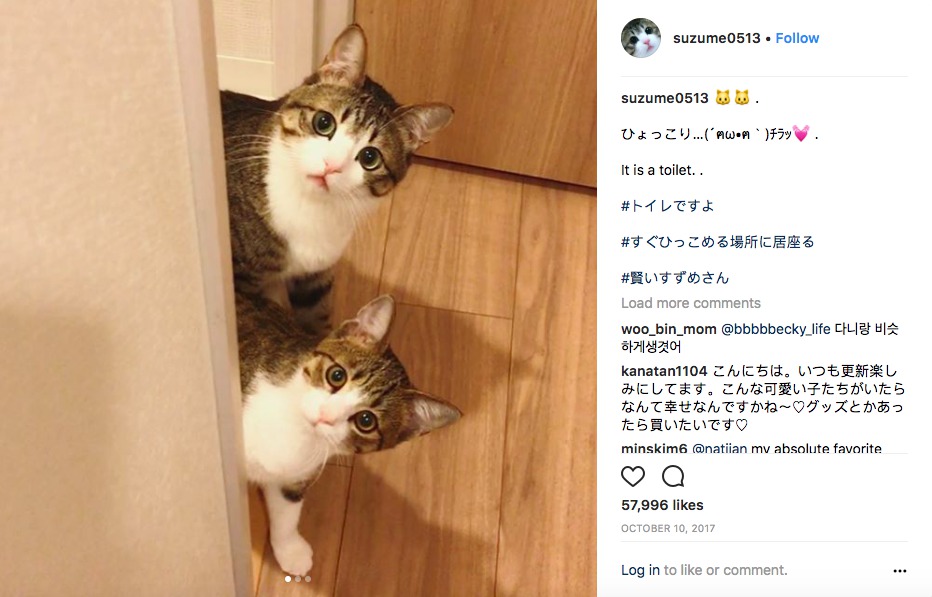 The two kitties live with their human mom in Japan. Both are rescue cats. And in case you haven’t noticed, they’re practically twins, even though there’s no telling whether or not they’re actually related.

That was actually what compelled their human mom to adopt the younger kitten, Unagi, in June. 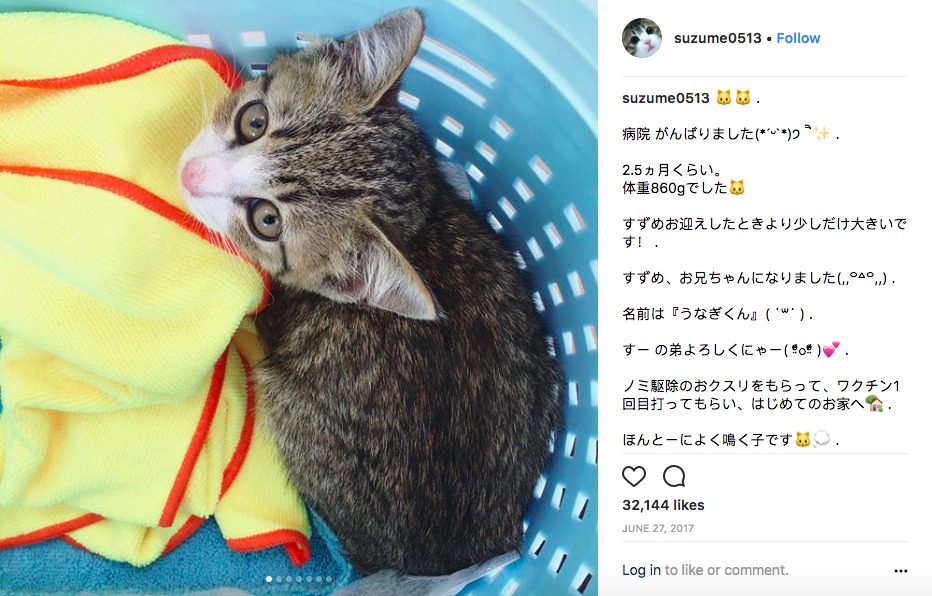 “I saw from a website by chance during my work break that a kitten who looks exactly like my cat, Suzume, was at the animal center,” she said. “Kittens can only stay there for one week.”

On Unagi’s “deadline” in the shelter, his human mom stepped in and adopted him, literally saving his life. She brought the little guy to the vet and then home, allowing him to meet Suzume.

And that was when fate was set in motion. 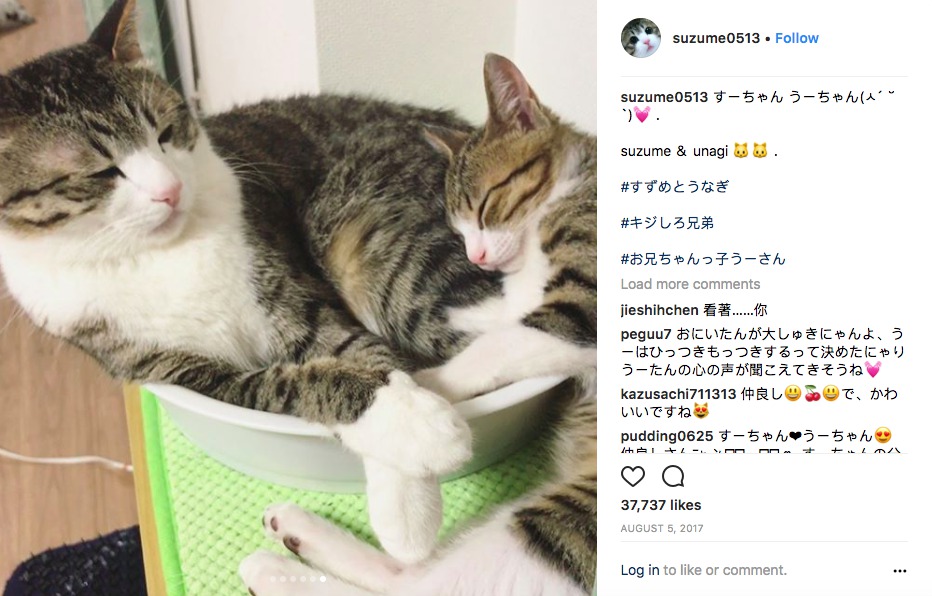 As time went on, Unagi gradually started to tail Suzume all over, squeezing into every nook and cranny so that he could be beside his new brother. Suzume didn’t seem to mind his new shadow. In fact, he started looking out for him.

Now these two doppelgänger cats are the best of friends. 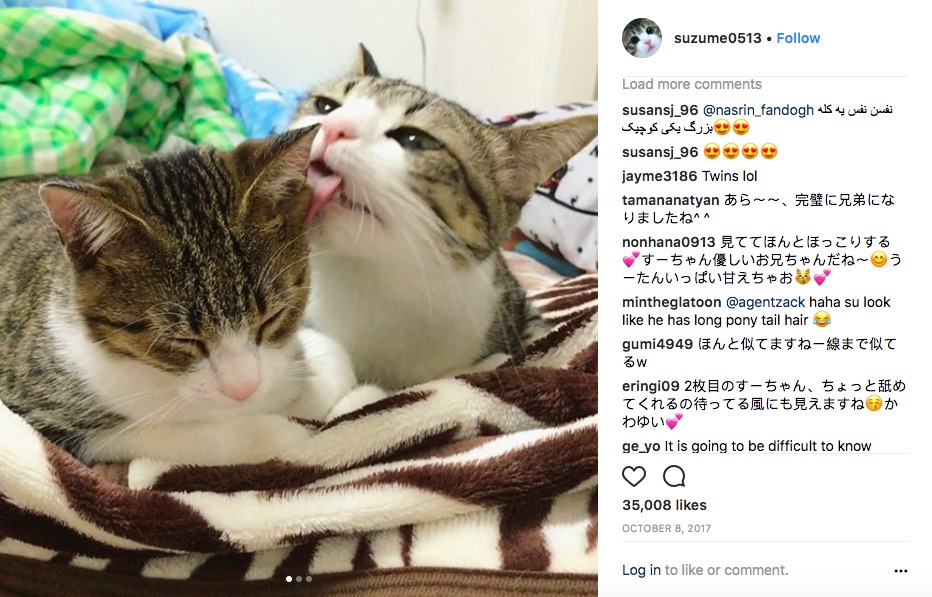 Though they may or may not be related, they’ve certainly bonded like family. To see more of their adventures, you can follow their human on Instagram.

See the next page to learn how you can help rescue animals like Suzume and Unagi. And always remember: when looking for a pet, adopt, don’t shop!