The elusive Knysna elephants that live the South African forest have been steadily declining in numbers over the past 150 years. For years researchers have been debating on how many actually remain in the wild, so a 15 month-long study was conducted. The devastating findings revealed only one female elephant remained.

The team surveyed the known area for the Knysna elephants using 72 camera traps placed along elephant pathways. The elephants are notorious for being shy and hard to see. After months of research and recording, only one female elephant was identified. The heartbreaking results were published by researchers in the journal African Journal of Wildlife Research.


The Knysna elephant population started its rapid decline hundreds of years ago when humans started to hunt them for ivory and land. Herds of these magnificent creatures once roamed free in the forest, but now only one elephant remains forced to live in solitude.

“She is the last truly wild, free-roaming elephant in SA and the southernmost in the world,” states renowned mammal researcher, Graham Kerley from the Centre for African Conservation Ecology at Nelson Mandela University. 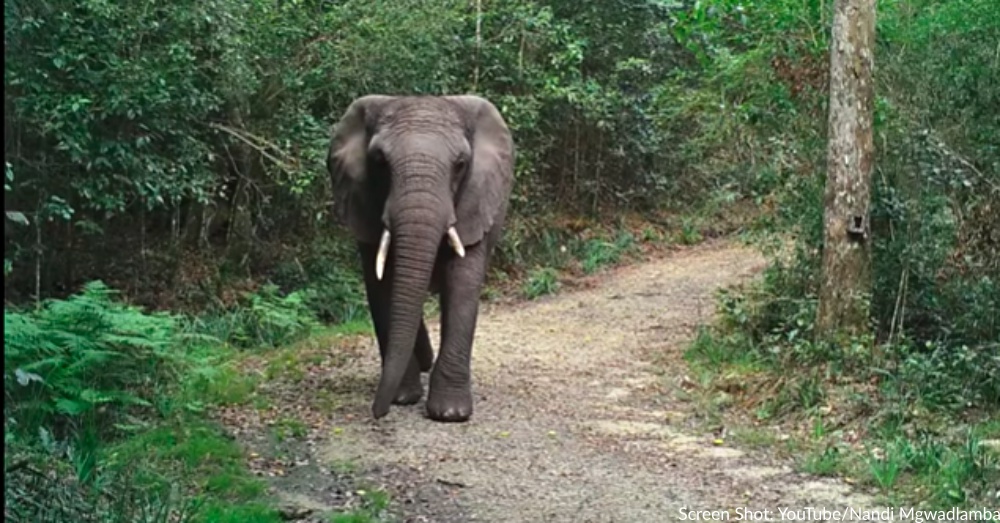 From the footage they captured on the camera traps, researchers said she was in good condition but was showing signs of stress, which they believe is from being alone. She was recorded playing with signage and even destroying a gate that was in her way.

Elephants are social animals and form tight bonds with each other, so when researchers discovered that there was only one elephant left in the wild they wondered if they should intervene. However, they estimate the female to be 45-years-old and worry if they try and mover her, it will cause more harm than good.


“The brutal reality is there is no longer a population of Knysna elephants. All the mystique of the Knysna elephant is reduced to a single elephant left in rather tragic circumstances,” Kerley told Business Day.

Relocating savanna elephants to the forest is not an option because it was attempted years ago and failed. Another option would be to move her to an elephant sanctuary, but she is nervous around humans and the forest is the only home she has ever known. Researchers are also worried that she would not adjust to a new herd in a new environment.

Kerley believes the best solution is to leave her be, but it is heartbreaking to know that she will live the rest of her life alone. “Hopefully we humans have learnt a nasty lesson because it is ultimately our fault that we are down to the last elephant here. She is the metaphor for our treatment of all species that live on this planet with us,” Kerley said. “The saying ‘the elephant in the room’ could not be more apt; she is telling us we are making some big mistakes and we are going to lose a lot more than her if we don’t substantially change how we view and treat biodiversity.”

The cameras are still in place and researchers continue to see her regularly.

Watch some of the footage captured during the research in the video below.