There was a time when surgical students would study their practice on live animals. Public universities condoned the practice, providing the tools and the live subjects, often pigs or dogs, as part of tuition.

The University of Tennessee College of Medicine in Chattanooga was the last remaining school in the U.S. or Canada to conduct surgical tests on live animals until it ended the practice on June 30. 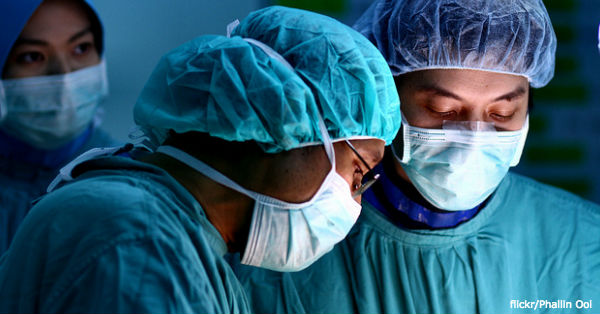 The school at one point was testing on and afterwards killing 300 pigs a month, according to John Pippin, director of academic affairs for the PCRM. Students anesthetized the animals, cut them open, dissected their organs, and afterward discarded the bodies in the trash.

“It’s a watershed moment,” Pippin said of UT Chattanooga’s decision. “For anyone who went to medical school in years past it was a rite of passage, often a disturbing rite of passage to use a dog or cat or another animal in medical courses.”

The John Hopkins School of Medicine discontinued the use of live animals in its classrooms in May after a laborious decision-making process that ended with the summation that the practice wasn’t essential.

“Given that almost all medical schools have stopped using live animals in medical student education and that the experience is not essential, the School of Medicine has decided that the use of live animals in the surgical clerkship should stop,” the school’s board wrote.

In place of animals, modern schools are turning to synthetic materials and simulations. According to the Physicians Committee for Responsible Medicine, these new methods help students learn at their own pace with the ability to repeat a procedure as often as needed.

Nearly 200 medical schools in North America have given up the practice of testing on live animals to concentrate on more humane and more effective methods. Time will tell if students in med school are becoming more prepared for surgical procedures with the use of technology, but for now the animal and medical communities are happy with celebrating the end of a barbaric practice.

“It gets animals out of harms way and it allows medical school students to learn they can be great doctors without harming animals,” Pippin said. “The best you can say [is the] many thousands of animals a year that would have been killed to train medical students will not be.”

Now that med schools are treating animals with the respect they deserve, it’s time to focus on other industries that still rely on outdated and unconscionable methods.

Millions of animals are exposed to a series of painful tests each year in the cosmetics industry, often resulting in death. In this time of technology and innovation, there are several compelling alternatives to animal testing, such as 3D-printed human skin, computer models, and test tube cell tests. Follow this link to find out how you can urge major cosmetic companies to adopt non-animal testing and pledge to buy only cruelty-free products.