Air Intelligence Unit (AIU) officials at Chennai International airport became suspicious of a man’s luggage when they heard a trill sound coming from it. Officials opened the bag and were shocked to find a one-month old leopard cub.

The man responsible, Kaja Moideen, is thought to be part of an animal smuggling operation, since his answers during interrogation were vague. AIU officials were on the lookout for smugglers coming from Thailand. They noticed the man acting suspicious after exiting his flight, and then heard strange noises coming from his bag. 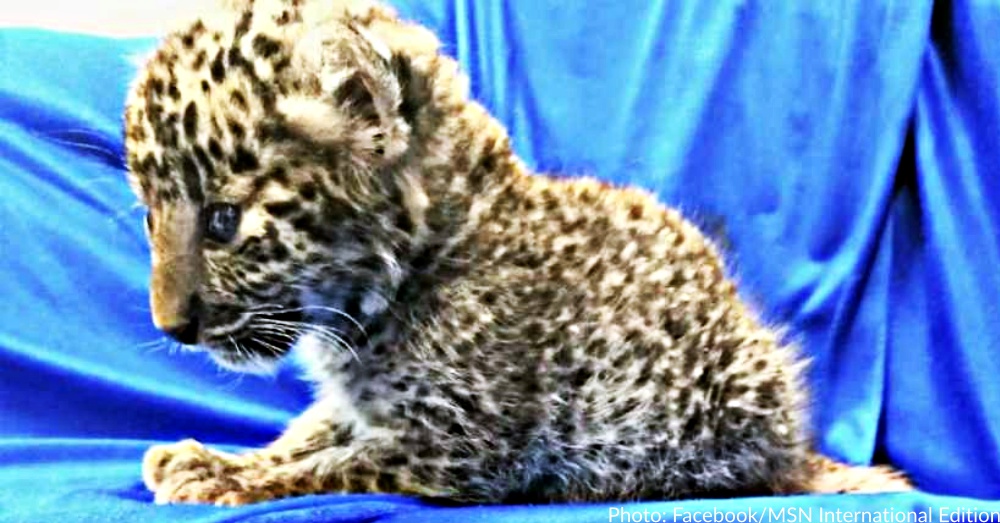 Moideen was questioned and after giving vague responses, officials opened his bag to investigate. There inside a plastic basket was the leopard cub.

The 2.2 lb female cub was distressed and officials said, “The animal was in a state of shock and was making trill sounds, and appeared to be weak.” Footage captured officials attempting to bottle feed the cub before help arrived.

A veterinarian from Aringar Anna Zoological Park arrived to examine the cub and found her in overall good condition. The cub will be rehabilitated at the Vandalur Zoo in Chennai.

The ongoing investigation was turned over to Tamil Nadu Forest Department, who will take appropriate action against Moideen.

Watch officials attempt to bottle feed the tiny cub in the video below.