It had been six years and thousands of miles since the Hintons last saw their dog, Leo. After relocating from Texas to Michigan, they had all but given up hope. But hope was there, and so was Leo, waiting to come home.

And come home he did. Leo has been welcomed to his new home in the Great Lakes State after someone found him near a grocery store in Hunt, Texas and traced his microchip back to his family.

“He was still a puppy when he ran away,” Allison Hinton told the Kerrville Daily Times. “We put flyers up everywhere, all of us were searching, but we never found him. That’s a part of the reason we thought he didn’t make it.”

The Hintons lived and ran Camp Flaming Arrow near the Texas towns of Ingram and Hunt for 10 years. They last saw Leo in August 2010, when he ran off with other dogs at the camp but never returned. 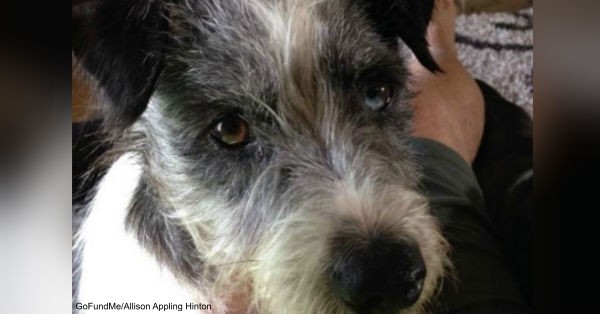 Years passed, the family moved to Grand Rapids, Michigan, and the worst was presumed of Leo. That is, until Hinton’s mother Kathleen Appling got a call from Kerr County Animal Services, back in Texas. A dog was found near a store in Hunt, and its microchip listed his name as “Leo.”

“I recognized the name, but thought it had been a dog they had given to a friend before they left for Michigan,” Appling said. “I called my son-in-law, Bill, to ask who they had given him away to.”

And Bill Hinton was just as astounded.

“I couldn’t believe the phone call,” he said. “I said, ‘I think you have the wrong dog or the wrong number. There’s no way you have Leo.’ I wish that chip had GPS in it. I would love to have known if he was really in the wild that long.” 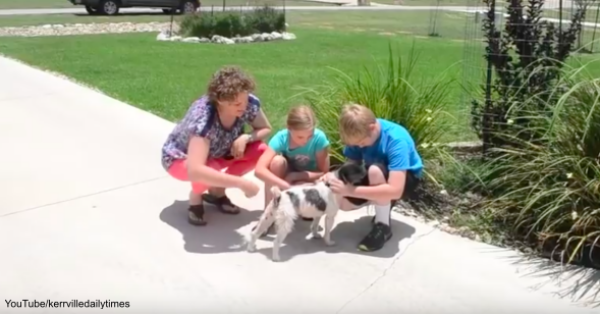 The family set up a GoFundMe page to defray Leo’s relocation and medical costs. According to Appling, Leo had lost some fur, was covered with fleas, and needed six teeth removed because of an infection, but his health is improving.

“Everyone in town is looking forward to meeting him,” Bill Hinton said. “One of the dogs he traveled with lives in Michigan now, as well, so we’re interested in seeing if they remember each other.”

If you enjoyed the story of Leo’s homecoming, follow this link to read about Howard, the first pit bull to serve in the U.S. Military, and the story of his reunion with his handler.