After a man and his dog fell through the ice on a frozen lake in Illinois recently, they were very thankful the local fire department was nearby.

The ice was thin on Legends Lake in Roscoe, Ill., too thin for man or dog to venture across. But this man’s dog took the chance anyway and soon paid for it. The man tried to use a kayak to reach his dog, Global News reports, which was struggling to get out of the icy water. But his attempt went south as well.

They were both stranded in freezing Legends Lake. 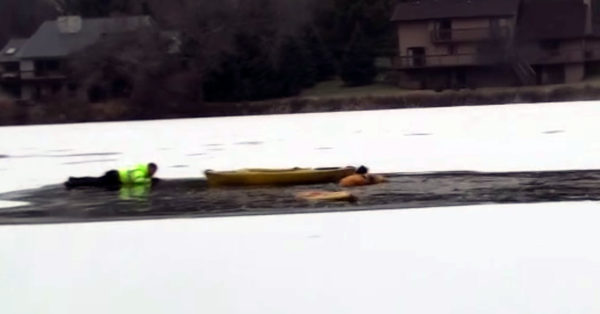 Thankfully, the man was able to alert the Harlem-Roscoe Fire Department, and help was soon on its way. 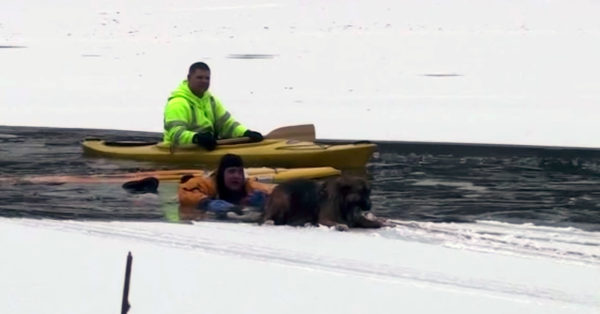 Firefighters attached a tether to Lt. Justin Mayton’s “coldwater suit” and sent him out onto Legends Lake. He spread his arms and legs out on the ice to distribute his weight and inched his way toward the man and his dog. 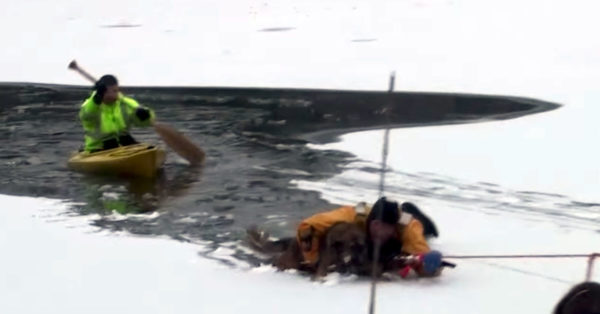 “[Mayton] reached the owner of the dog, and the dog’s owner was able to climb into the kayak,” the department released in a statement. “Mayton was then able to reach the dog, and he and the dog were pulled back to the shore by the firefighters on the shore.”

Even better, no injuries or illnesses were incurred from the incident. The dog and his chilly human will be just fine.

The next time you take your animal out near the ice, be sure you’re putting safety first. For a list of helpful tips that could make a big difference on your next winter outing, click the button below and read on.