10 Wild Animals That Are Legal To Own As Pets In The U.S. – But Shouldn’t Be

Pets are a lifetime commitment – not a status symbol or a trending phase.

Wild animals are meant to remain in the wild. They have specific diets that can only be fulfilled by in their natural environment. Many also need large areas to roam for proper exercise and mind stimulation. Not to mention, some are large predators that could harm or kill a person. When these exotic and sometimes large animals are contained in small areas, they act out or become depressed and self mutilate. Sadly, these facts are overlooked all for bragging rights.

Some celebrities and other wealthy individuals believe that owning an exotic animal is a status symbol. Other animals are kept as pets due to a trending movie or show that features a similar animal – like owls after Hedwig in Harry Potter. Many of the ‘fad pets’ are abandoned when people realize the amount of work needed to care for the pet or when people lose interest. 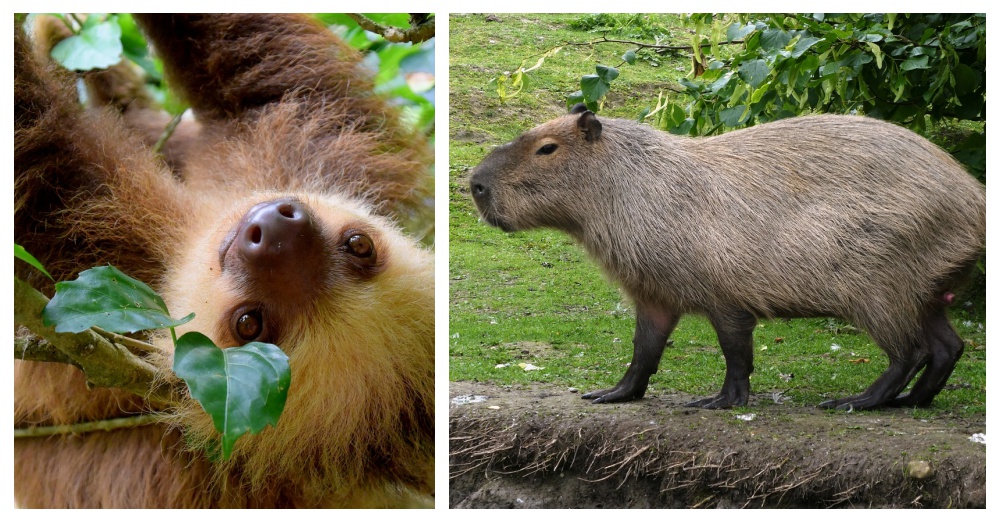 The reason for wanting a pet should not be because it is “cool” but instead because you are willing to commit to care and love the animal for the rest of its life.

Each state in the U.S. has their own individual laws on which exotic animals are allowed as pets, but many of the laws need to be revised. Below are ten exotic animals that are legal to own as pets in various states. Be sure to read what it takes to care for each animal and see why they are not meant to be pets. 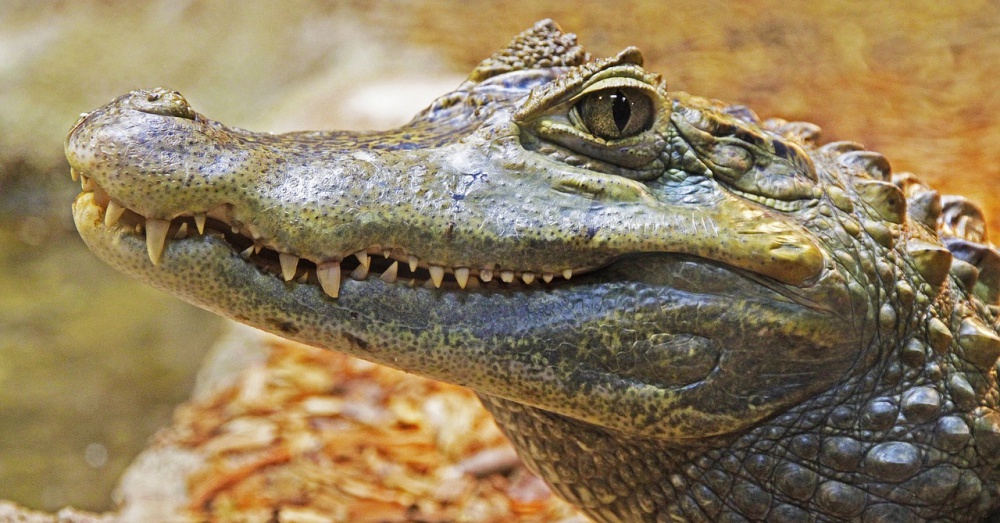 Yes, you read that correctly. Although they are smaller than their relative, the crocodile, alligators still can grow up to 13 feet long and weigh 800 pounds. Even if you have a pond in your backyard, it is not suitable for the large reptile. Alligators are carnivores and will eat anything – including a dog, cat or human. Even if they do not eat you, they could possibly outlive you since alligators can live for up to 50 years.

The large reptile usually requires a permit with a properly enclosed area to live, and owners must take full responsibility for their pet. 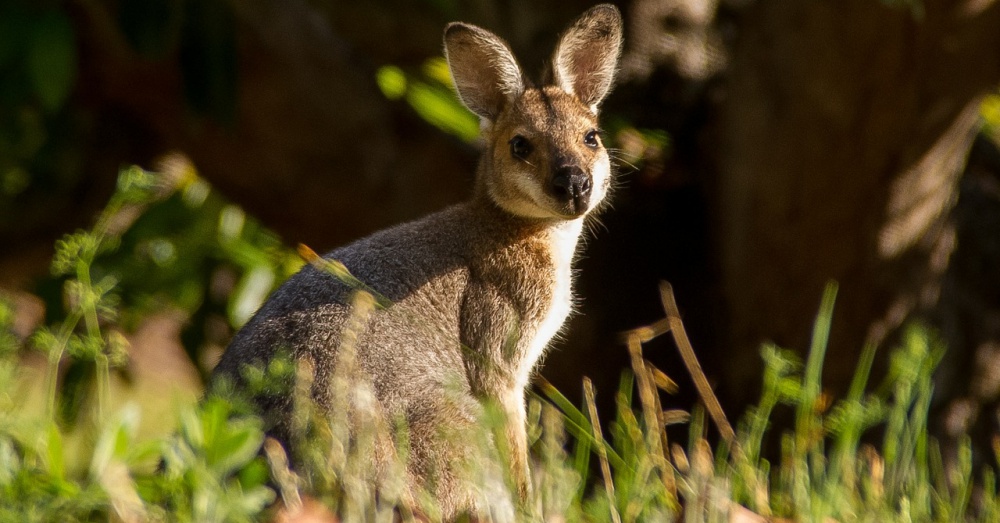 Often referred to as “mini kangaroos”, the wallaby needs a lot of open space to jump around. Native to Australia, the exotic animal can weigh up to 53 pounds but can easily clear a fence. These escape artists need a diet that is full of grass, leaves and fruit. They are social animals and need to live with others. In addition, they are nocturnal. 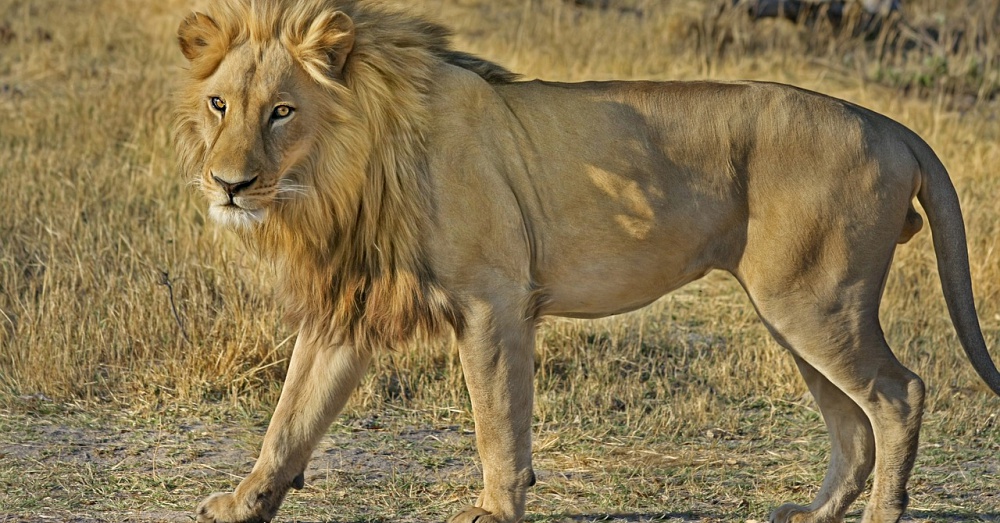 Lions are known as “king of the jungle” for a reason. These large predators are powerful, fearless and wild. While they may sleep up to 20 hours a day, the other hours are spent eating and roaming. Lions live in prides with roughly 30 other lions, consisting mostly of lionesses and their cubs. Lions can run at speeds up to 50 mph and leap up to 36 feet.

Their diet consists of 10-20 pounds of raw meat a day. Even if raised since birth with humans, they are still a wild animal that can easily kill a person with their powerful jaws. 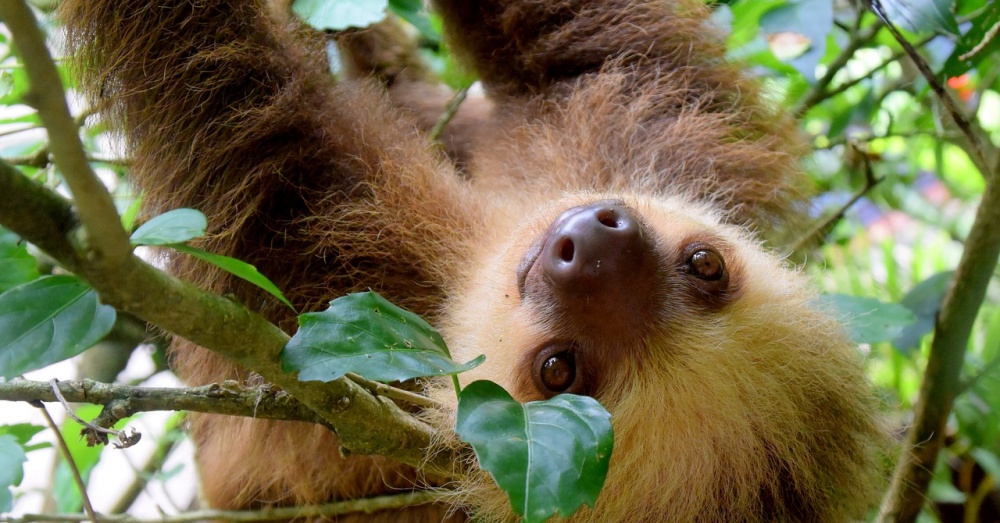 While this laid back animal may pique the interest of couch potatoes, they need a tropical climate that is impossible to recreate. Their fur is home to various insects and their diet consists of leaves, fruits, bugs and an occasional lizard. In addition, they are designed with long claws to hang in trees. They spend nearly all their time in the trees and only come down once a week to use the bathroom.

Sloths belong in the wild and are stolen from their native habitat to be sold as pets. 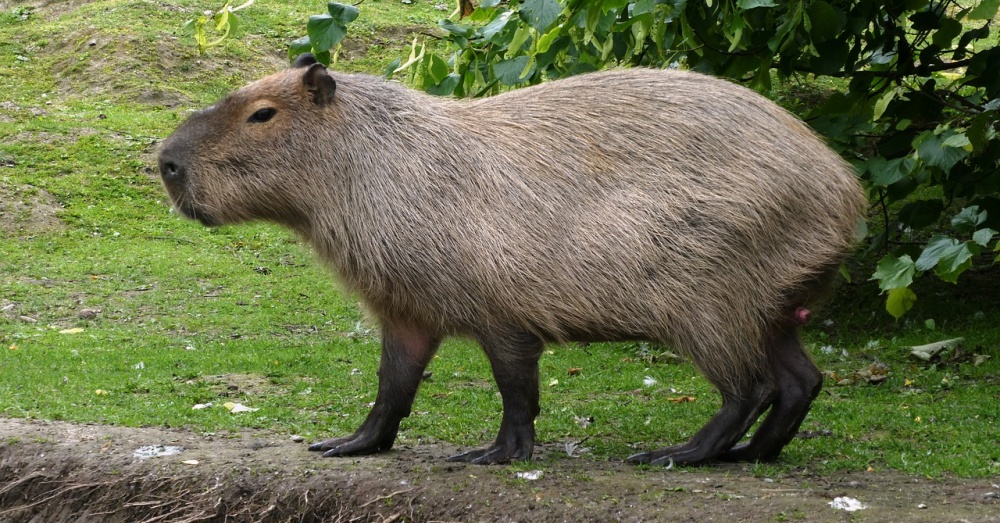 The capybara is an adorable rodent that people feel the need to own. They are highly social and need to live in groups and near water. The semi-aquatic animal spends most of their time in the water. Like other rodents, their teeth are continuously growing. In order to keep them from becoming overgrown, they need to chew on a lot of plants.

Capybaras are picky eaters and need plenty of land for foraging, otherwise they will not receive the proper nutrition. 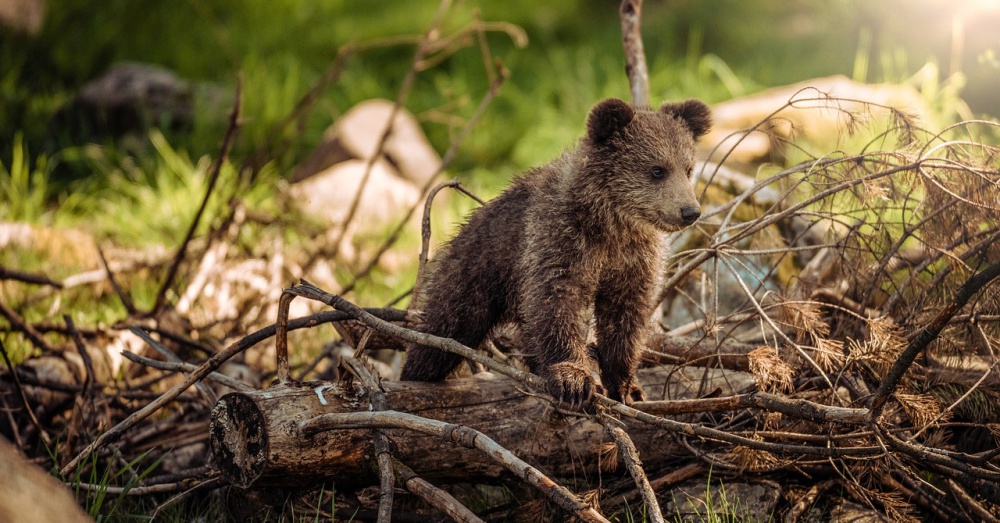 Bears can stand up to 8ft tall and weigh over 500 pounds. Just due to their size alone, they do not make good pets. Then add in that they are apex predators and need a lot of space to roam. It is illegal to own any of the eight species of bears in many states but some states still allow it with a permit. 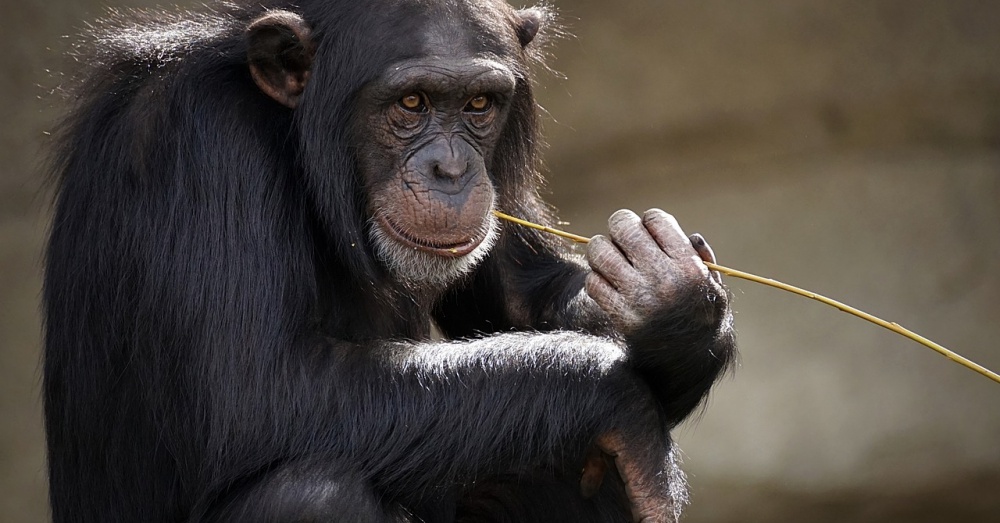 Monkeys are one of our closest living relatives, but that doesn’t mean they make good pets. Chimpanzees are adorable and very intelligent animals but can grow up to 150 pounds. They are twice as strong as humans and their life span is 40-60 years. 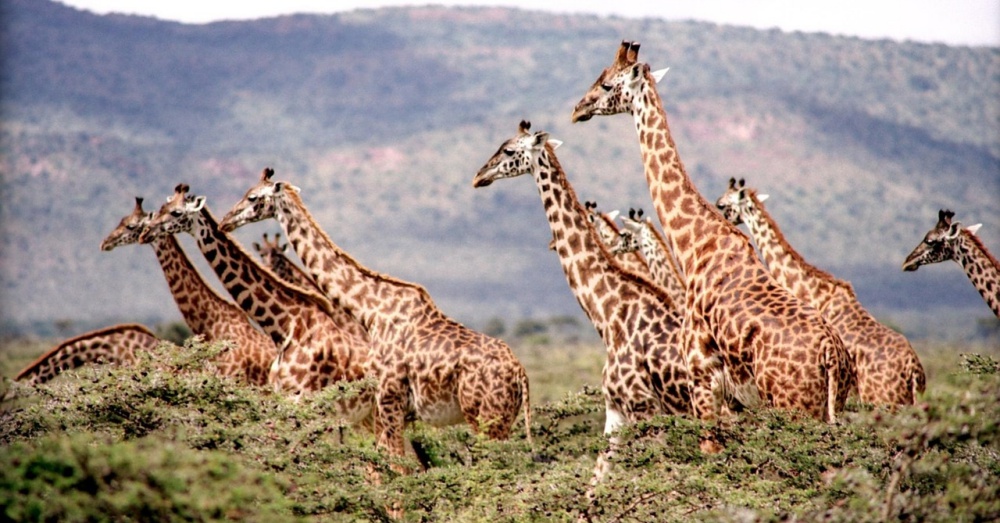 Giraffe’s are the tallest animals in the world, standing over 18 feet tall. These beautiful animals are not meant to be pets. They eat up to 75 pounds of plants per day by using their long tongues to pluck off leaves. Giraffes live in groups and need a lot of land to roam. 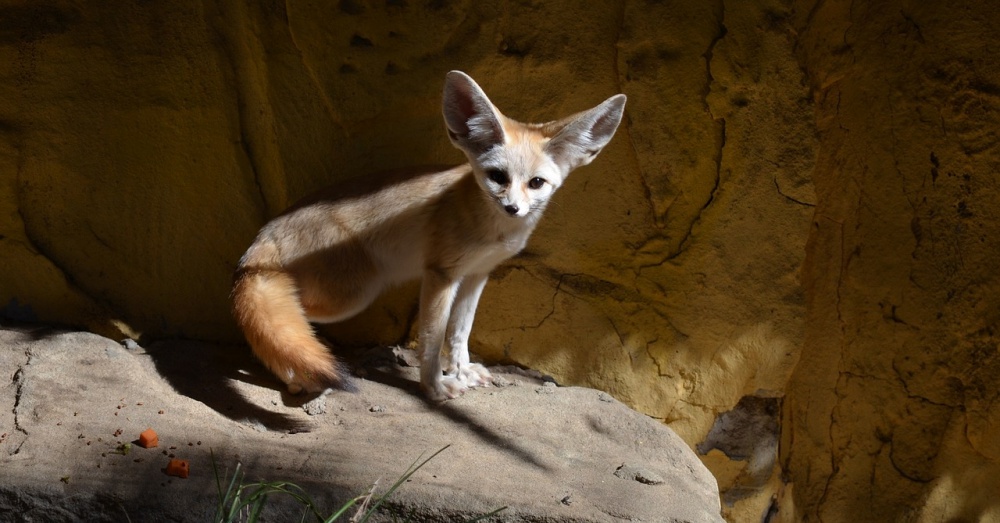 Even though they are small in size, these adorable animals are still wild. They are popular for pets because they look like a cross between a cat and a dog. Their large ears and playful personalities draw people in but they thrive in the desert. Fennec foxes are native to northern Africa and live in long dens that they dig in the sand. They need a lot of enrichment and exercise. 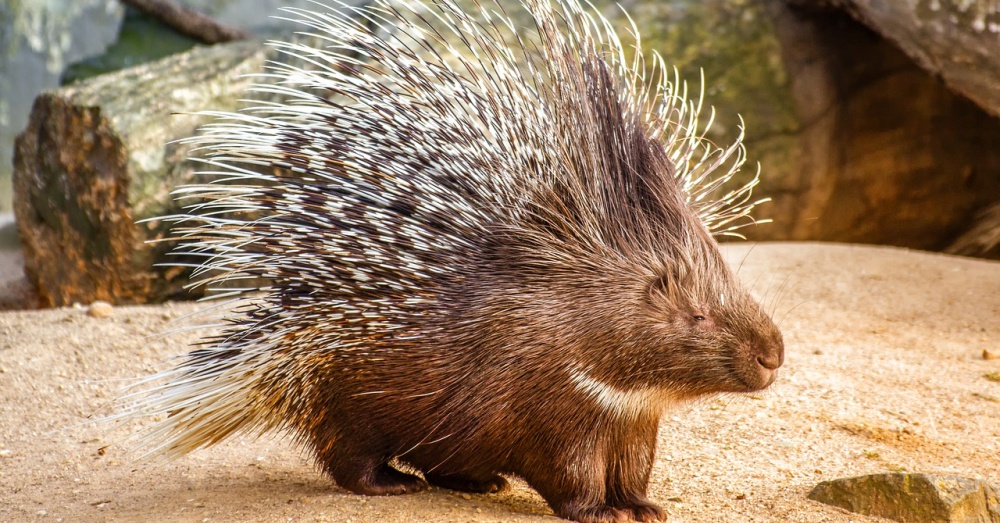 Porcupines, also a member of the rodent family, have sharp quills covering their body. This impeccable defense mechanism protects them from much larger predators. They are even able to regrow quills if they lose some in battle. They prefer to live alone and it is obvious that these prickly animals belong in the wild.

These is not an all inclusive list of legal exotic pets, but proves that wild animals are not meant to be pets. You can see a full breakdown on exotic pet ownership by state, posted by Findlaw.

If you are looking for a loving companion, adopt a dog or cat. They are domesticated and ready to love you unconditionally. Adopt don’t shop!

Animated Video Shows The Cruel Circle Of Life That 70% Of South African Lions Are Born Into: Click “Next” below!