Military Dog Gets A Hero’s Farewell From Fellow Airmen

Rico, a military working dog with the United States Air Force, served for eight years with his handlers, Tech Sgt. Matthew Salter and Staff Sgt. Jason Spangenberg, in Afghanistan and elsewhere. He completed more than 100 combat missions and even earned the Bronze Star with Spangenberg for finding more than 100 pounds of explosive material. He trained local Afghan police officers. He was loved by his handlers, his unit, and everyone that came in contact with him.

Rico retired from service as a military working dog (MWD) in 2016 and lived as a family pet — and family member — with Spangenberg since. Unfortunately, Rico began suffering from canine degenerative myelopathy, and Spangenberg was forced to make the tragic decision to say goodbye to his friend and partner, having him put to sleep.

On Rico’s last day, Spangenberg and Salter were joined by the 436th Security Forces Squadron, military working dogs and their handlers, and others to pay their respects and give Rico his “last call” at Dover Air Force Base. Spangenberg carried Rico in his arms through a gauntlet of service members giving their final salute as they entered the veterinarian clinic.

It was the only fitting way to bid farewell to Rico, the brave military working dog and fellow Airman. 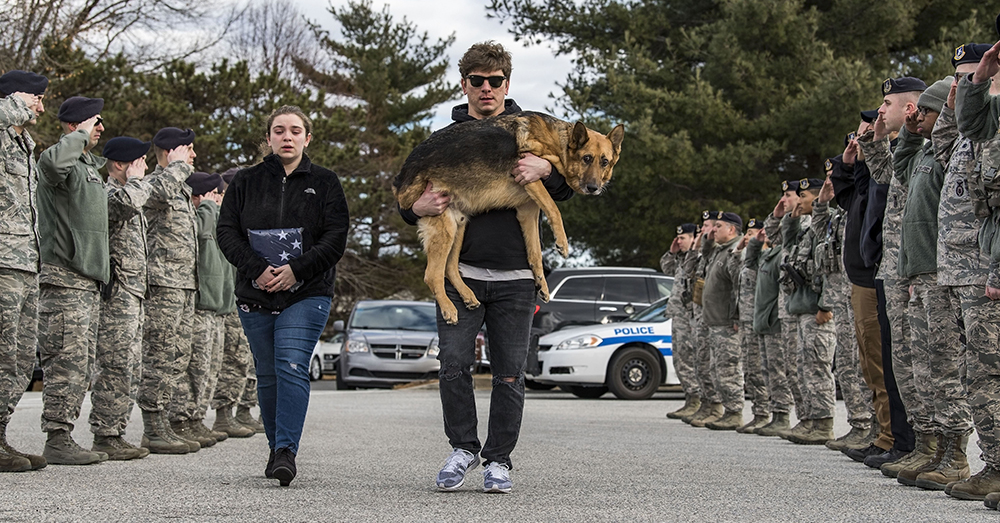 “It’s hard to describe the loss I feel,” said Salter, 436th SFS kennel master and Rico’s first handler. “I know Rico is in a better place and is running around again finding bombs and biting bad guys, but it’s also sad because my partner isn’t around for me to see whenever I need that look he would give. He had a way of saying ‘get up dad, time to work.'”

Rico’s handler wasn’t the only one to know the loss the Air Force was feeling at Rico’s passing.

“The unit is feeling the same loss as I am,” Salter said. “These guys not only had him as a partner on the road, but they also take care of the working dogs at night …so they too develop a bond and take ownership for the health and welfare of the dogs in the unit.” 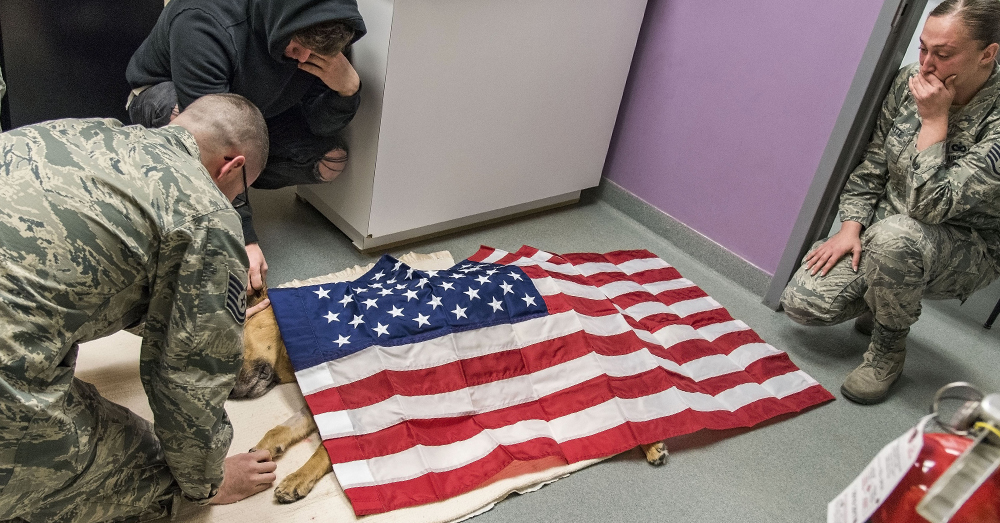 “The bond that Rico and I shared was special,” Spangenberg said. “It started off as partners. We then deployed and it completely changed. We became family. I needed him and relied on him to keep me and the others around us safe.”

Learn how you can help other military working dogs on the next page!

Jacob H. is an award-winning journalist and photojournalist who currently resides is West Michigan with his wife. In his spare time, Jacob enjoys writing, photography, mountain climbing, and camping.
Whizzco