All horse lovers remember the iconic 1994 movie Black Beauty, based on the best-selling 1877 novel written by Anna Sewell. A total of five horses played different roles in the movie to portray Black Beauty. The last surviving horse to play Black Beauty is actually named Billy and just turned 30.

Billy, formerly called Blindaj, is an Orlov trotter who was raced a few times but was then bought by the Russian Horse Society. Warner Brothers purchased him for the film but his groom, Louise Maryon, fell in love with him and convinced the company to sell Billy to her. 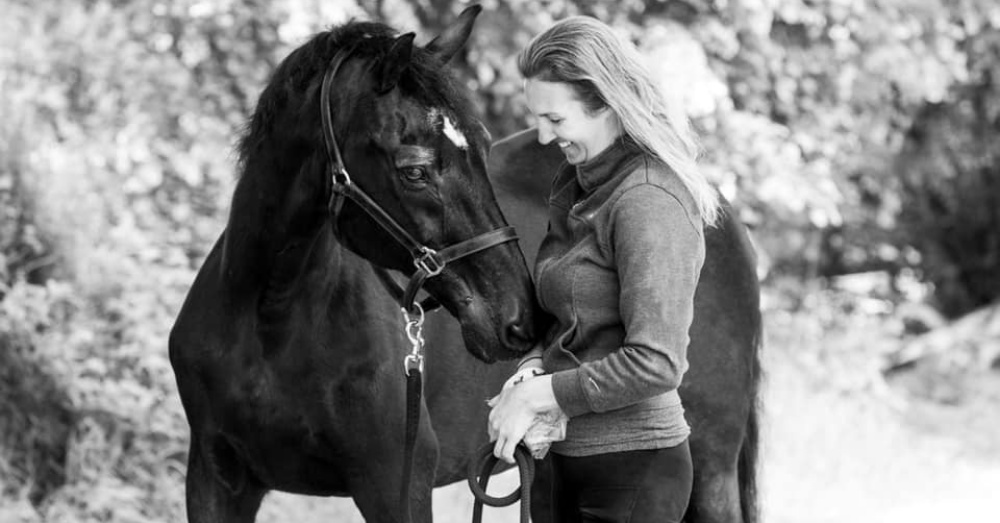 He had the second highest minutes in the film, following Doc’s Keeping Time. His most memorable scene was when the barn caught on fire.

Billy was just four years old when he starred in the film and has remained at Maryon’s farm in Wales ever since. Maryon told Horse and Hound, “He’s been my riding horse, done a bit of showing in foreign breed classes and some film work.” 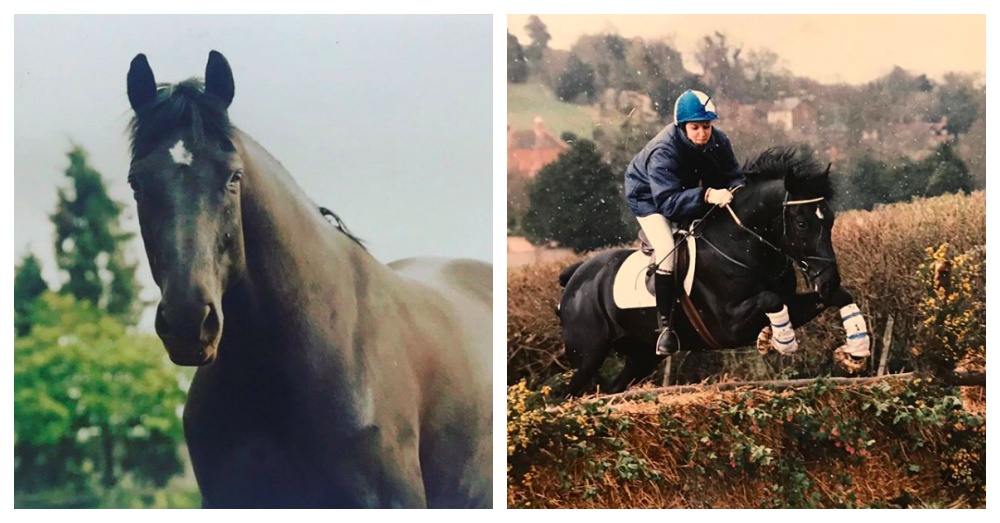 The gorgeous boy is now retired and spends his days hanging out with his chestnut buddy, just like Black Beauty. He is officially the ‘Last Black Beauty’ and has fans all over the world. His mom decided to invite his fans to the farm to celebrate his 30th birthday. 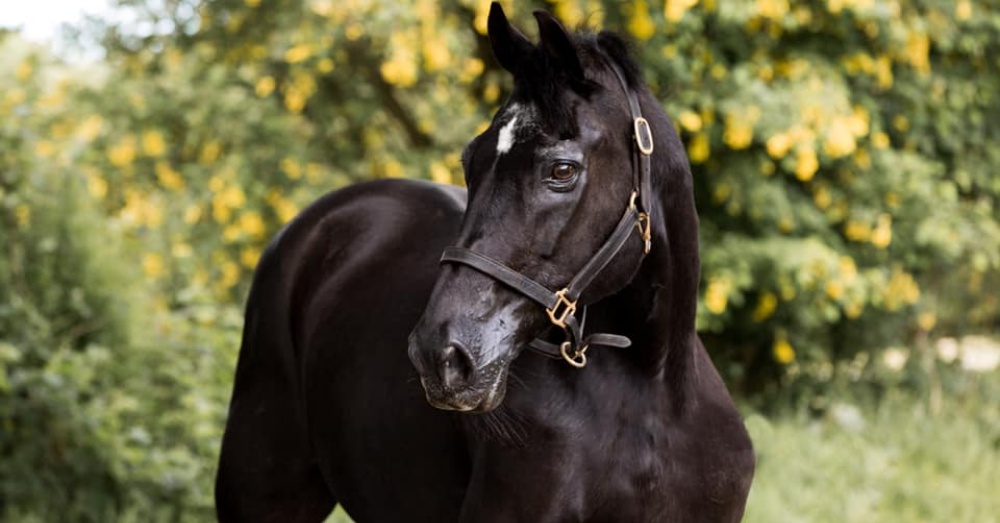 She posted, “There is absolutely no charge to visit him. However if you’d like to donate to one of two of our chosen horse welfare charities in his honour that would be wonderful and greatly appreciated ~ the original Black Beauty novel was written by Anna Sewell in 1877 to highlight the plight of working horses.

For the entire weekend, Billy was celebrated and greeted by fans. His stall was decked out in balloons and he received plenty of tasty treats. Over 200 people showed up to celebrate and pose for a selfie. 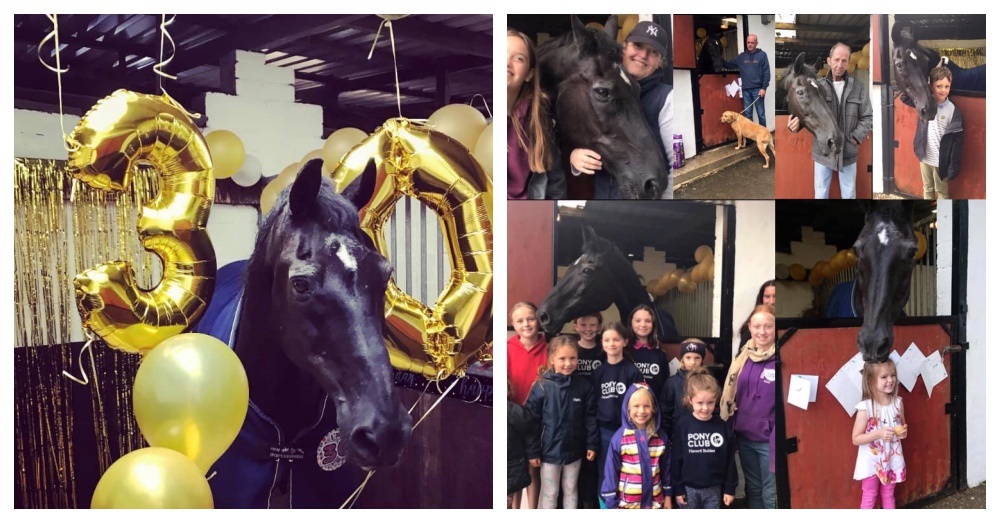 “He’s a massive people horse – whenever someone goes to the stable door he’ll stop eating and come over to see them,” Maryon said. 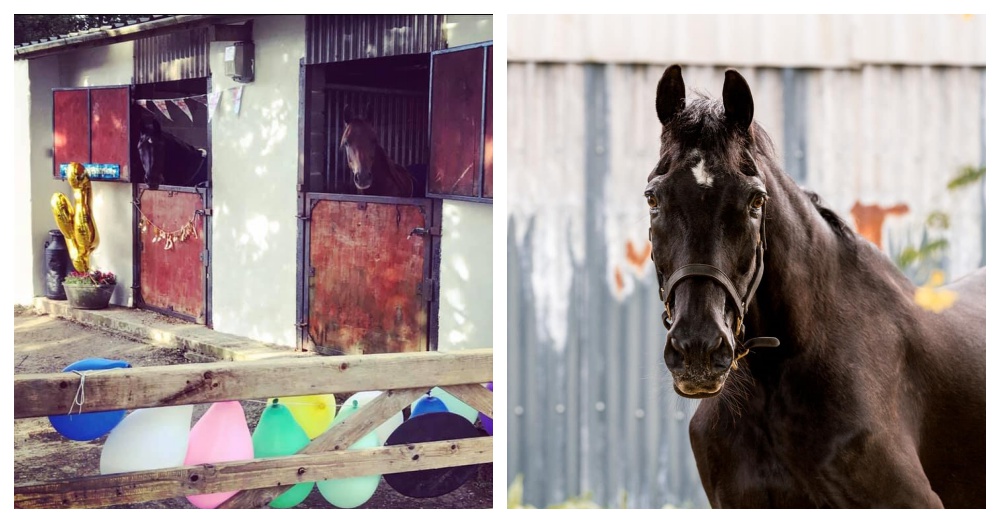 He will always be remembered for his role in the film. One of the lucky attendants at his party wrote, “It was brilliant to meet him today it really made my day and my child hood dream come true.” Another said, “Happy Birthday Billy! You are still amazing and have brought so much to the film. Black beauty doesn’t even come close to describing you.”

Woman Avoids Jail Time Despite Starving And Neglecting 25 Horses: Click “Next” below!