Thick smoke fills the air as multiple bonfires are ignited, while people begin to line the narrow streets. Once the fires are raging and embers are flying through the air, the clip-clop of horse hooves can be heard. Then the rider on the horse’s back directs their horse straight through the massive crackling bonfire thinking that this dangerous and frightening act will keep the horse safe for the coming year.

San Bartolome de Pinare, a small town in Spain, is home to the annual Las Luminarias festival. The controversial festival takes place on the eve of St. Anthony’s day, January 16. Every year, revelers mount their horses and ride them through multiple raging bonfires on the narrow cobblestone streets. The festival is in honor of Saint Anthony, the patron saint of animals. They believe that riding their horses through the smoke and fire will purify their horse for the coming year. While their intentions may be to protect the horse, their actions say otherwise. 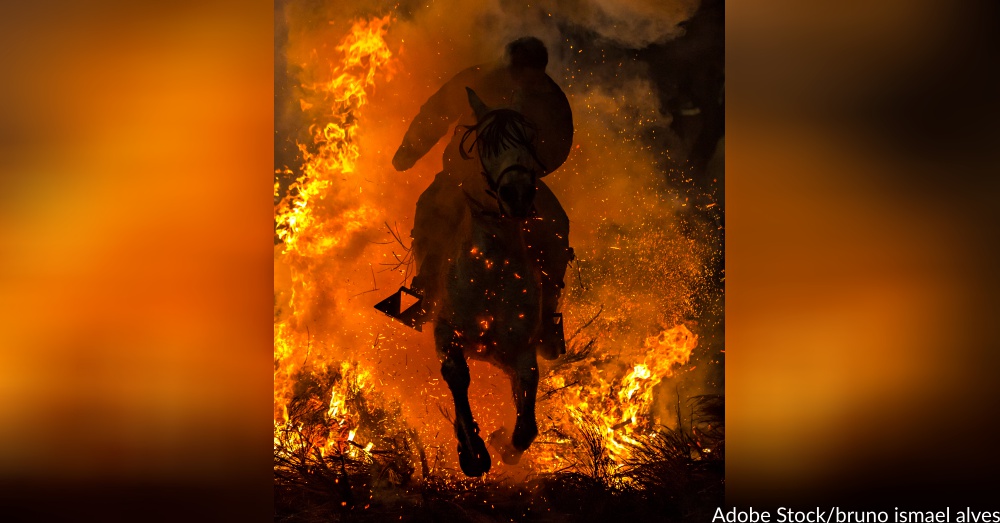 Smoke inhalation is not purifying, but potentially dangerous. In many of the photos of the festival, the rider is wearing some sort of mask to cover and protect them from the smoke. However, horses have large nostrils that are enlarged even more when frightened, and forced to breath in the “purifying” smoke.

Juan Ignacio Codina, a major opposer of the festival, said, “There is no logic in forcing these animals into a stressful situation against their own nature. In the midst of the 21st century, this is something from a bygone era. There is no superstition or belief that should justify an act of such cruelty.” 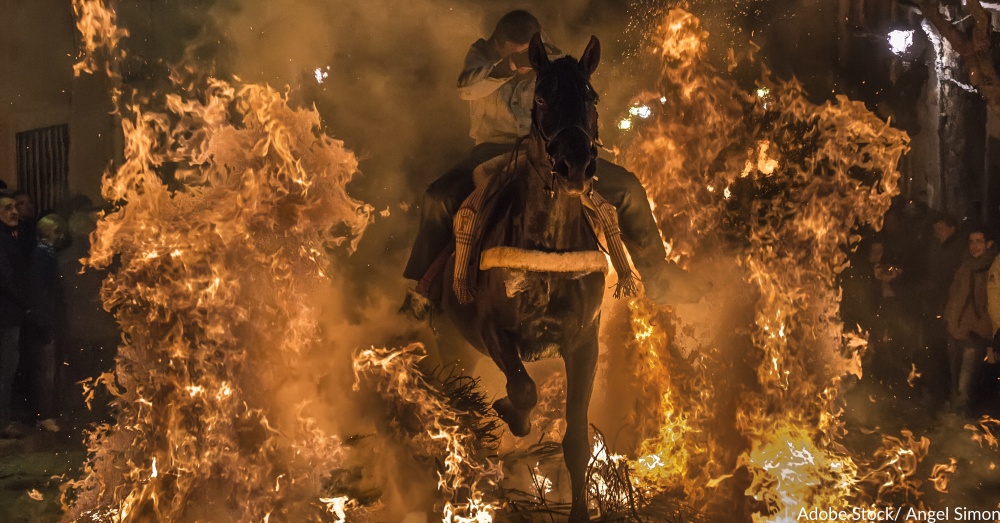 Maria Jesus Martin, mayor of the village, claims that no horse is harmed in the festival. While no physical damage can be seen at the moment, it does not account for the emotional stress and damage. If you look closely at some of the images of the festival, you will see horses with wide eyes and high heads, signs that they are afraid. The frightened horses are pushed on to continue leaping through scorching flames throughout the village. 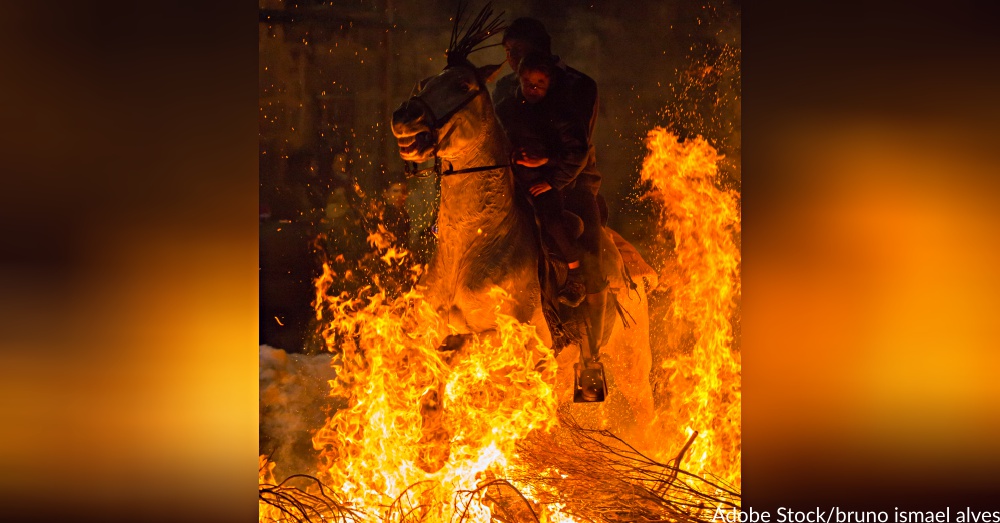 The 500-year-old tradition needs to be updated. Some of the 600 people that call the town home, think it is time to modernize the festival. Over the years, the bonfire sizes and intensities have increased. They say that the original festival called for animals to walk around the fire – since the smoke it what is thought to purify them – not jumping or crossing through the flames.

Traditions are important but so is the safety of the horses. No ritual or celebration is worth harming innocent horses with a senseless trial by fire. Sign the petition below to help protect horses.