A stray cat was taken in by Dane County Humane Society in December suffering from chronic ear infections.

Lady in a Fur Coat, as the cat was later named, arrived at the Wisconsin shelter in pain from ear infections and hematomas. A veterinarian decided that the only way to relieve the pain and chronic infections was to remove both ear flaps.

Lady, as she is called for short, can actually hear better now and in no longer in pain. “It is likely she can hear better now! The chronic infections had caused the outer ear to block the entrances to her ear canals,” said the shelter. 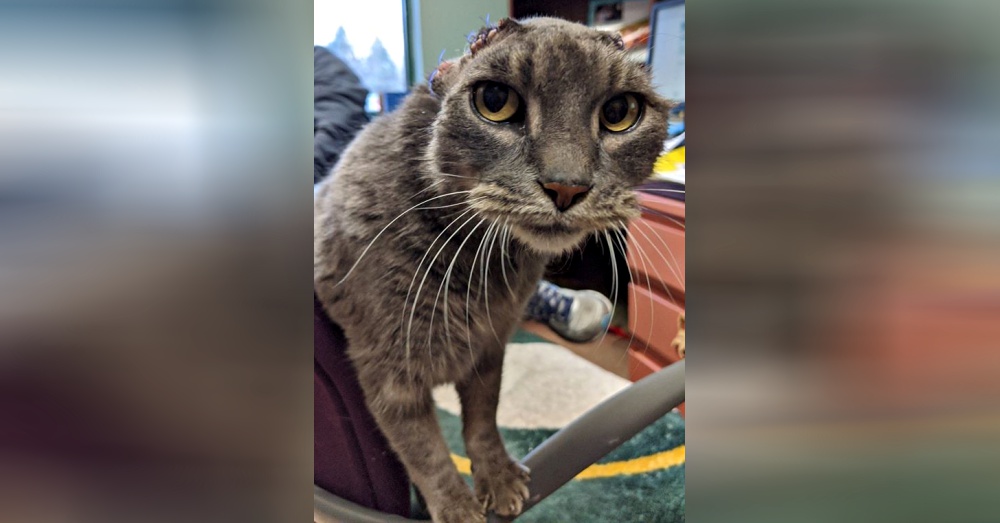 Staff worried that her unique look would deter potential adopters. One staff member, Ash Collins, came up with an idea and went to work crocheting a new pair of ears for Lady.

Collins chose purple and white for the ears to compliment Lady’s beautiful gray fur. Once the ears were completed, they were placed on Lady’s head and photos were taken. 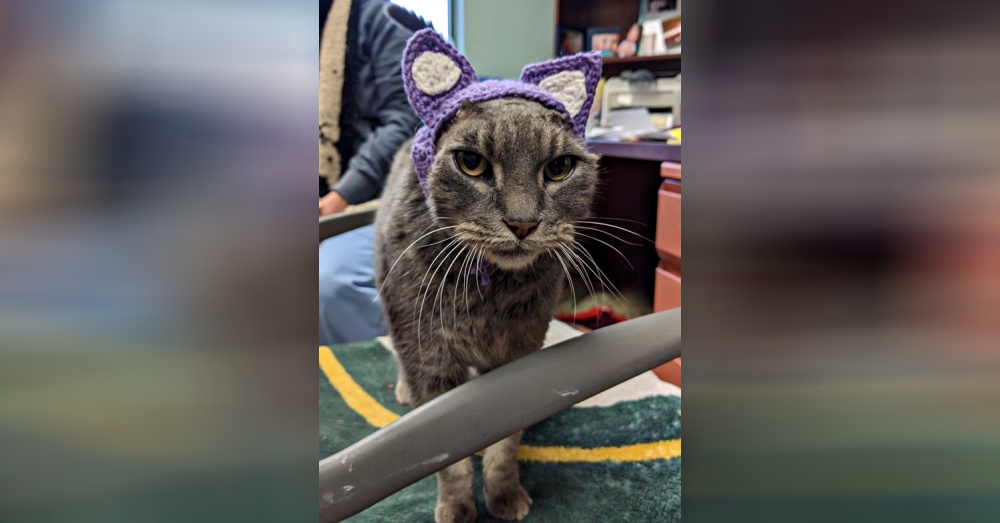 Staff posted the pictures to their Facebook page announcing that Lady was available for adoption. The photos instantly went viral of Lady with her adorable purple ears and she was adopted a few hours later.

Collins told CNN, “I was more than happy to use my crochet skills to help Lady stand out and get the second chance she deserved, and I’m so honored to be a small part of her happy ending.”

We are so glad that Lady found her forever home. Remember to adopt not shop! There are so many cats waiting in shelters around the country for a loving family.

Husky Longs For A Forever Home After Breeder Surrenders Her Because She Is ‘Weird Looking’: Click “Next” below!