South Africa is on lockdown, just like many other countries, due to the COVID-19 pandemic. While humans are staying home, wild animals are being spotted in deserted cities and taking over parks.

Kruger National Park, one of the largest game reserves in Africa, is home to lions, leopards, rhinos, elephants, buffalo and hundreds more. Park ranger Richard Sowry is still performing his essential tasks of patrolling the park for poachers and checking on the animals.

One day while making his rounds he spotted a lion pride napping on a deserted road, which normally would be filled with tourists. The lion pride usually stays in the bush but emerged to nap on the warm tarmac. 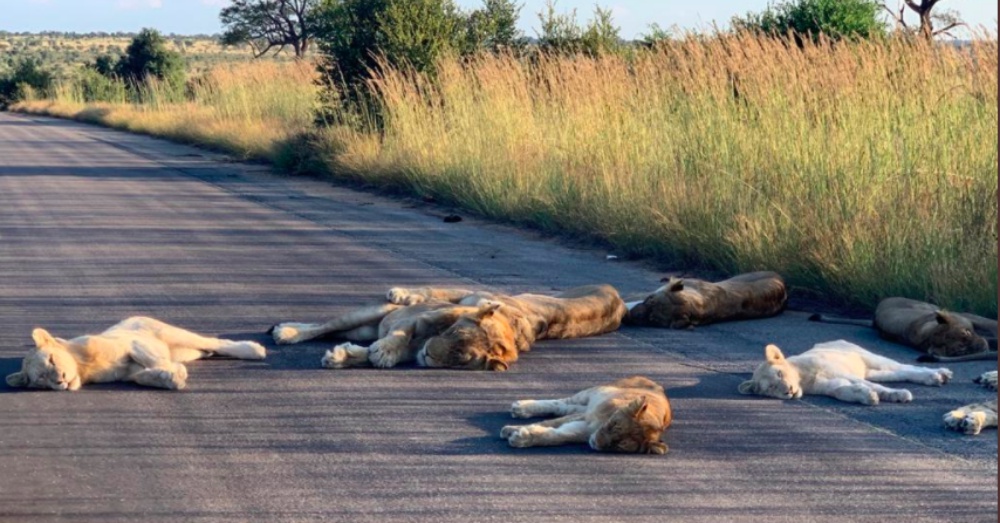 The park posted, “Kruger visitors that tourists do not normally see. #SALockdown This lion pride are usually resident on Kempiana Contractual Park, an area Kruger tourists do not see. This afternoon they were lying on the tar road just outside of Orpen Rest Camp.” 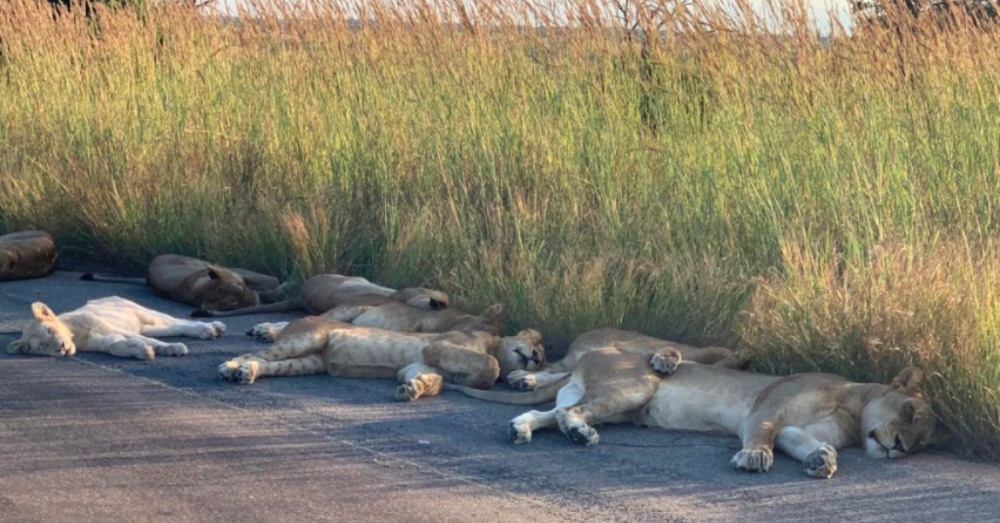 Sowry pulled out his phone and snapped a few photos of the rare encounter. “Lions are used to people in vehicles,” he told BBC. “All animals have much more of an instinctive fear of people on foot, so if I had walked up they would never have allowed me to get so close.” 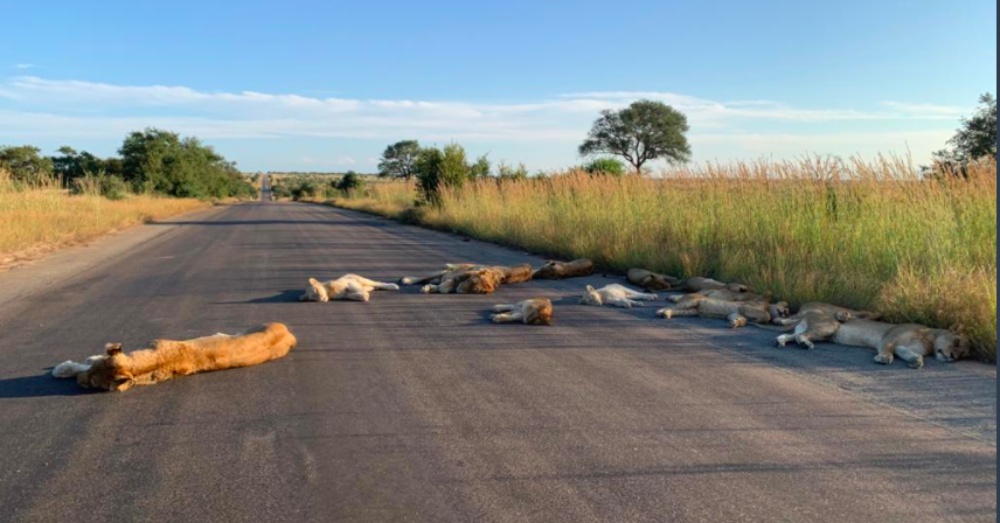 Lions and other big cats are usually only seen by rangers at night, but with the absence of tourists the lions and many other animals are exploring more areas of the park.

Since people are unable to visit, the park is posting videos and photos of the wild residents. Since the park is mostly wild, the lockdown has not impacted the lives of the animals, except by allowing them to explore tourist-free areas. Recently, some lions were spotted exploring the golf course.

“Kruger is a very wild place,” Sowry said. “It has been wild and it is still wild.”