A Canadian couple caused widespread public outrage after a picture was posted of them kissing over the corpse of a majestic lion they shot and killed during a canned hunt.

Darren and Carolyn Carter decided to celebrate the murder with a kiss and a picture. Legelela Safaris, a South African company that specializes in trophy hunting packages, posted the picture to Facebook with the caption, “Hard work in the hot Kalahari sun… well done. A monster lion.” 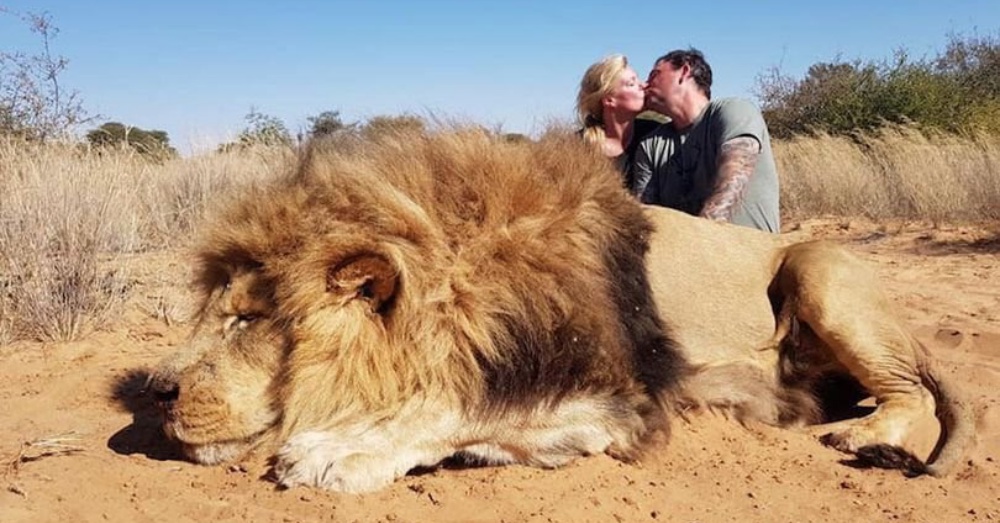 The disturbing image went viral with many people reposting it and adding their thoughts. “Not brave. Not cool. Cowardly to the extreme. What sad sad souls to kill such a majestic & beautiful animal,” tweeted Dr Lauren Gavaghan.

The beautiful male lion was just another innocent animal corralled into a confined area and murdered for a thrill by trophy hunters. Canned hunting involves breeding and raising animals in captivity for the sole purpose of being slaughtered by trophy hunters, and needs to be banned!
‏ 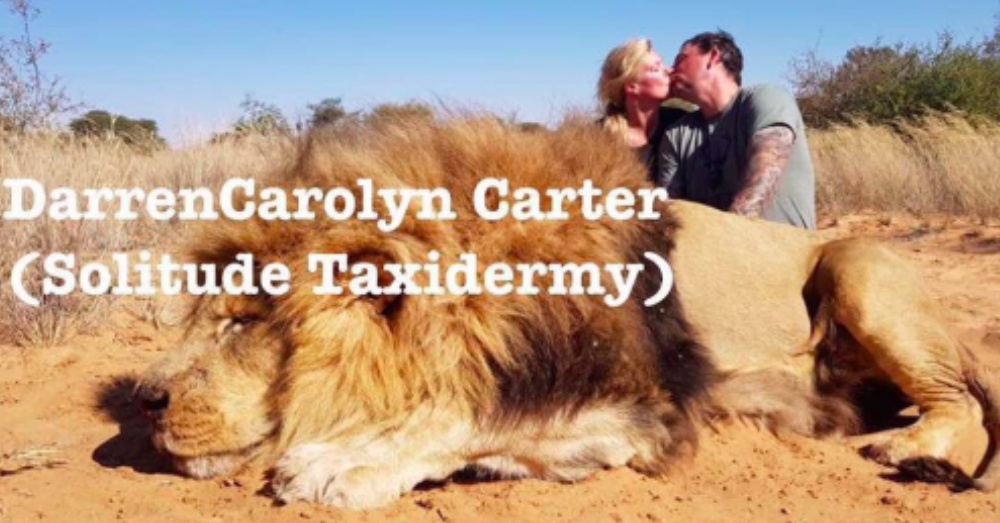 Xpose Trophy Hunting states, “The kissing couple are Darren and Carolyn Carter from Alberta Canada, they killed 3 canned lions in a day. They run a taxidermy business called Solitude Taxidermy, on Facebook. 🤬🤢”

Another person wrote, “Completely disgusting… If killing a lion makes you feel better, you are sick!!!” One person posted “You know who else keeps trophies from their victims? Serial killers.” 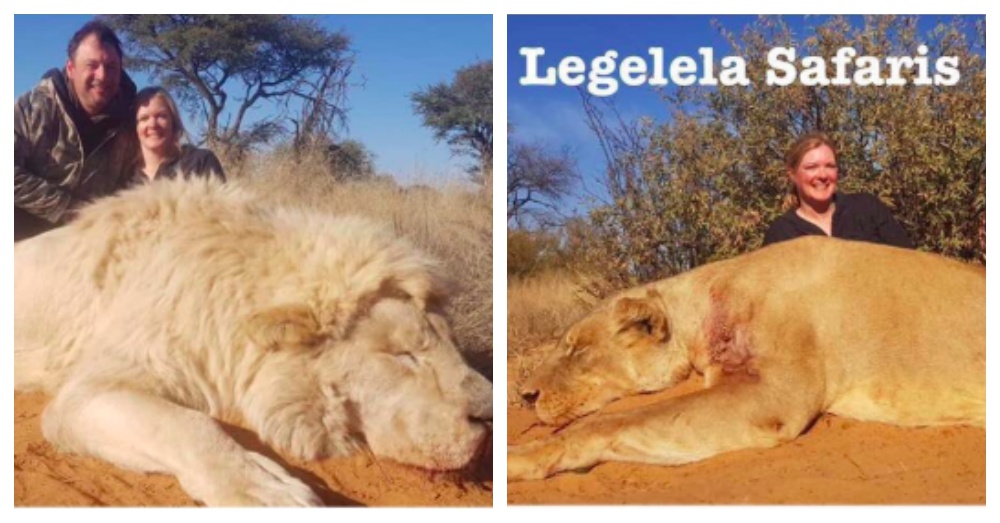 Oilergirl posted, “I am thoroughly disgusted and appalled at these people. This is all for sport and it is absolutely disgusting. This has to stop now!”

Legelela Safaris’s website is currently down due to “Bandwidth Limit Exceeded” but the company has removed all their social media pages.

The couple received multiple death threats and have since removed all social media accounts and business website. Mirror was able to briefly talk to Darren and he said, “We aren’t interested in commenting on that at all. It’s too political.”

There are too many of these types of situations – where someone pays a substantial amount of money to kill an innocent animal. We must start by banning all trophy hunting imports worldwide.

Thousands Of Animals Rescued In Biggest Wildlife Trafficking Bust In History: Click “Next” below!