Read their story below, and find out how you can help.

In the early morning hours of August 29, 2005, Hurricane Katrina reached land at a category 3 rating. It brought with it winds that reached up to 140 miles per hour, and stretched across 400 miles. The damages that Hurricane Katrina caused were unprecedented. The aftermath was catastrophic. Hundreds of thousands of people and animals in Alabama, Louisiana, and Mississippi were displaced from their homes.

The gulf coast of Mississippi suffered near total devastation during Hurricane Katrina. Katrina affected over one million Mississippi residents alone, and left over 600,000 pets without shelter. The eye of the hurricane actually travelled up through the state of Mississippi, causing complete devastation in its path. Although almost all counties had damage, The three counties most affected by the storm were Hancock County, Harrison County, and Jackson County.

In Waveland, Mississippi, the Hancock County Animal Shelter was forced to close its doors because it was condemned after the hurricane, which meant that the numerous animals at the shelter were displaced. Some animals went to shelters that weren’t affected by the hurricane, others were transported north, and others went into the foster care of those that still had standing homes.

Recognizing the dire need for an animal shelter, the county did what was necessary to re-open its doors, despite the limited funds and resources, while actively trying to raise enough money to enact a better animal shelter for the struggling community…

After seven years of fundraising and extreme determination, HCAS built a new facility in Kiln, MS, and officially re-opened their doors in June of 2012. However, due to lack of federal and state support, they were never able to raise enough money to build a shelter that has the capacity required for the community that they are servicing. HCAS was only able to raise funds to build kennels to accommodate 20 dogs, with limited outside space. This was nowhere near the capacity needed in a county with a high number of strays and surrenders.

A full decade later, parts of the gulf coast are still struggling to recover after Hurricane Katrina, especially those smaller and rural communities that did not receive the national media attention and funding from the government. Kiln, Mississippi is still struggling to support a community that has a high number of strays with a shelter that only has a 20 dog capacity. This low capacity is not acceptable or desirable for the number of strays and surrenders that occur daily in their community.

Today HCAS is seeking to expand their current operations by building additional open-air dog kennels and more inviting play areas. With your help, GreaterGood’s Rescue Rebuild team of builders will be heading to Kiln, Mississippi in May to make their vision a reality.

Rescue Rebuild plans to expand HCAS’ operations by tripling the size of their facilities, and to create a community around the shelter that will be supportive and longstanding. Rescue Rebuild, Animal Lifeline, and the Friends of Hancock County Animal Shelter are joining forces to aid the deserving community and help them meet their goal.

With your help, we can triple the capacity of this animal shelter! Right now, your donation will be matched by Animal Lifeline, dollar for dollar, until we reach our $20,000 goal!

When Hurricane Katrina hit the Gulf Coast region in August of 2005, the damages were unprecedented. The hurricane affected over one million Mississippi residents alone and left over 600,000 pets without shelter. Hancock County Animal Shelter has rebuilt, but only has the capacity for 20 dogs and limited outdoor space, making it hard to service their community.

With your help, we can triple the capacity of their animal shelter!

Dogs Take A Field Trip To A Seal Sanctuary To Cheer Them Up During Lockdown: Click “Next” below! 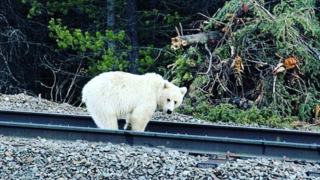 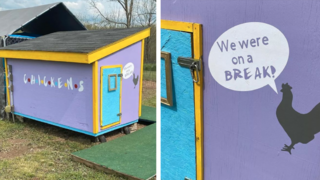