Five Brave Military Dogs Just Got The Recognition They Deserve

“It’s estimated that each of these dogs saved 250 lives,” said Dr. Robin Ganzert, President and CEO of American Humane. “It reminds me that each dog allows so many service members to come home to be moms and dads or sons or daughters.”

Gabe, a Yellow Lab who passed away in 2013 in the arms of his owner, Army SFC Chuck Shuck (retired), was a Specialized Search Dog who completed more than 210 combat missions in Iraq. He is credited with saving the lives of numerous American troops and finding dozens of explosives and weapons. Alphie, a black Lab, served two tours as an explosive detection dog for the Marines in Afghanistan. Now retired from the military, Alphie continues to serve with the TSA as part of the Canine Explosives Detection Program. 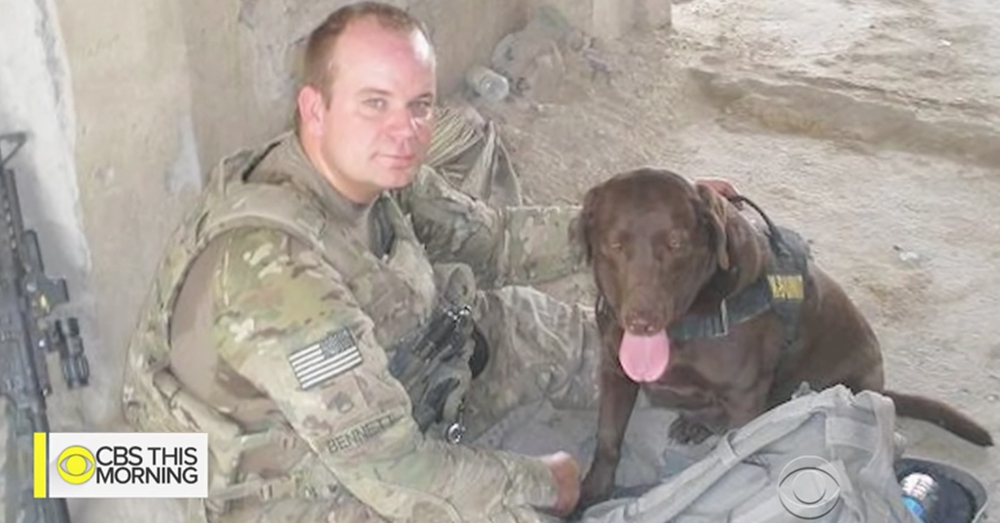 The other three dogs to receive the K-9 Medal of Courage this year are all retired from the military and enjoying their sunset years with their owners at home. Capa, a German Shepard who served with the U.S. Navy and Marine Corps, was not only an explosives detection and working dog, but on multiple occasions patrolled and protected the President of the United States, the First Lady, and the Secretary of Defense.

Ranger, a black Lab, retired in 2012 after suffering heatstroke, lives with his handler, Kirk Adams. He is, unfortunately, battling cancer now but reportedly he still checks every vehicle at his home for bombs to make sure his family is safe and sound. Coffee, who served three tours in Afghanistan as an explosives detection dog, now lives with her handler, Army Sgt. 1st Class James Bennett and his family.

“By helping locate enemy positions, engage the enemy, and sniff out deadly IEDs and hidden weapons, military dogs have saved countless lives in the fight for freedom and they deserve the recognition they are getting this evening,” Rep. Gus Bilirakis (R-Fla.) said as the dogs received their awards. 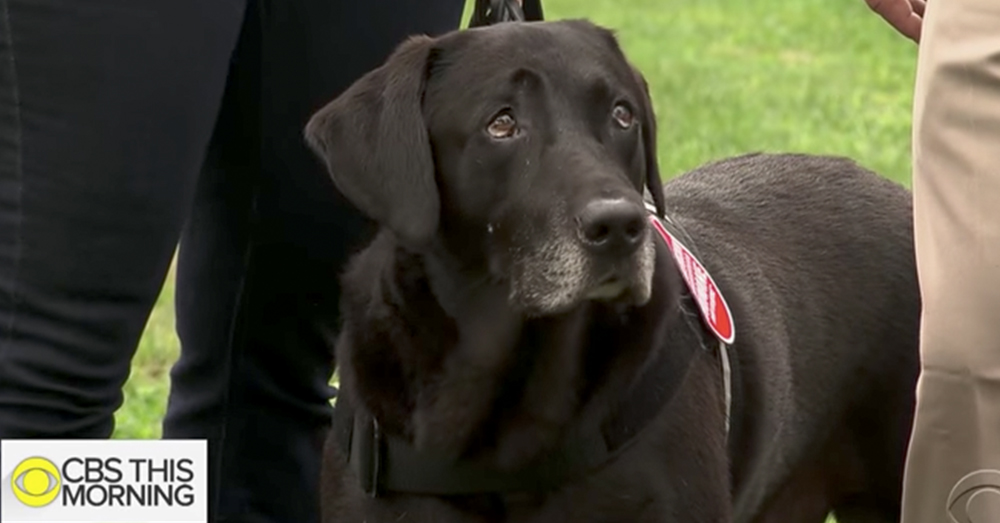 “Soldiers have been relying on these four-footed comrades-in-arms since the beginning of organized warfare and today military dogs are more important than ever in keeping our service men and women safe,” said Dr. Robin Ganzert. “At American Humane, which has been working with the U.S. military and military animals for 100 years, we feel it is time to recognize and honor the extraordinary feats and acts of devotion these heroic animals perform every day.”

The United States’ military working dogs provide vital, life-saving assistance to troops overseas with their keen sense of smell, speed, and versatility. They are used for patrol, taking down insurgents, detecting weapons and hidden explosives, and more. They have saved countless lives in the wars in Iraq and Afghanistan and continue to serve today. These four-legged service members earn the respect of their fellow troops and their nation back home.

Seeing these dogs honored for the courage and service is absolutely wonderful — surpassed only by the knowledge they they returned home safely where they are cared for with love as members of their families.

Watch the video below to learn more about these five dogs and get the personal story of Coffee and Army Sgt. 1st Class James Bennett! 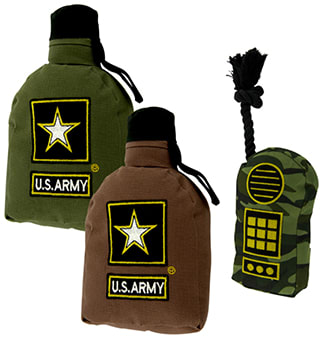 Sergeant Fido, reporting for duty! In your family, even the dog is Army proud! Our toys are a mini boot camp for your pup — good for chewing, chasing, and catching all day long.

Jacob H. is an award-winning journalist and photojournalist who currently resides is West Michigan with his wife. In his spare time, Jacob enjoys writing, photography, mountain climbing, and camping.
Proper greatergood_ctg_belowcontent