Jurassic Park Just Got An Upgrade. Welcome To Purrassic Park!

Cats. Cats find a way. To be adorable.

It’s common knowledge that cats have a tendency to make everything better, especially when they show up somewhere unexpected. Their newest appearance? Taking on the role of dinosaurs in the Jurassic Park films. While some of the terror might not translate, it’s hard to argue against the swap. What you lose in tension and fear, you make up for in chuckles and adorableness. Perhaps someday, someone will step up and spare no expense, and we’ll actually get to see a Purassic Park. 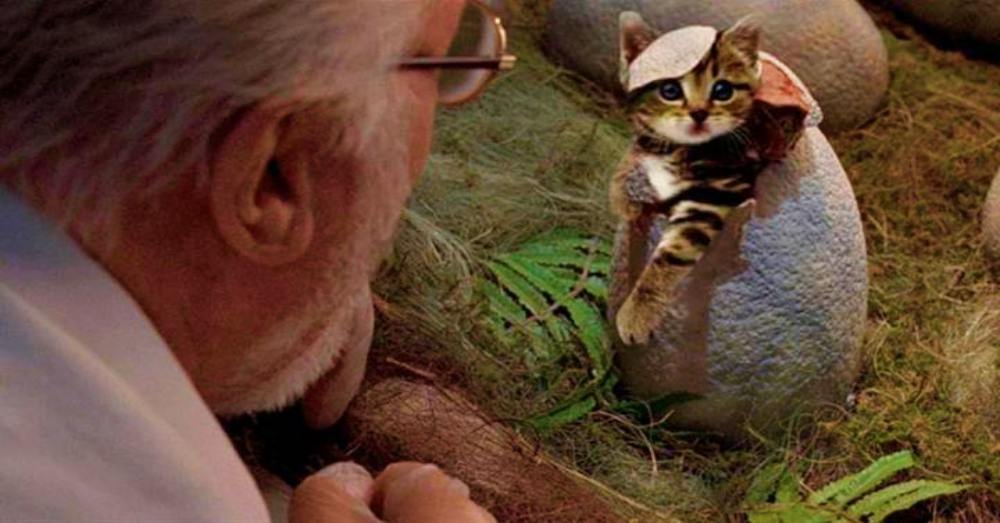 Who knew that kittens would look so adorable hatching from eggs? Plus, far less dangerous than a velociraptor! Well, mostly. 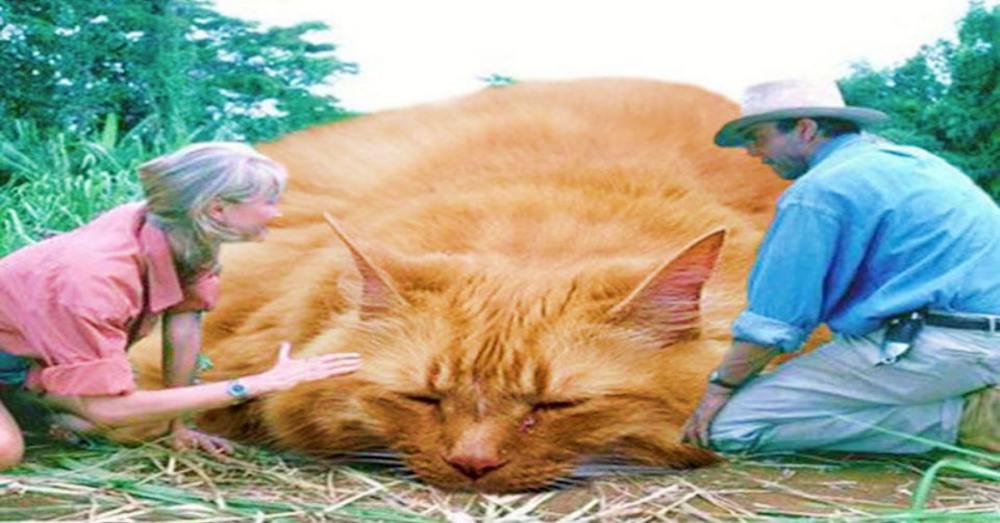 This mountain of softness makes a pretty startling image, but just imagine using him as a pillow! He might be a little big, but he’s probably a great house cat! Or, maybe a yard cat. 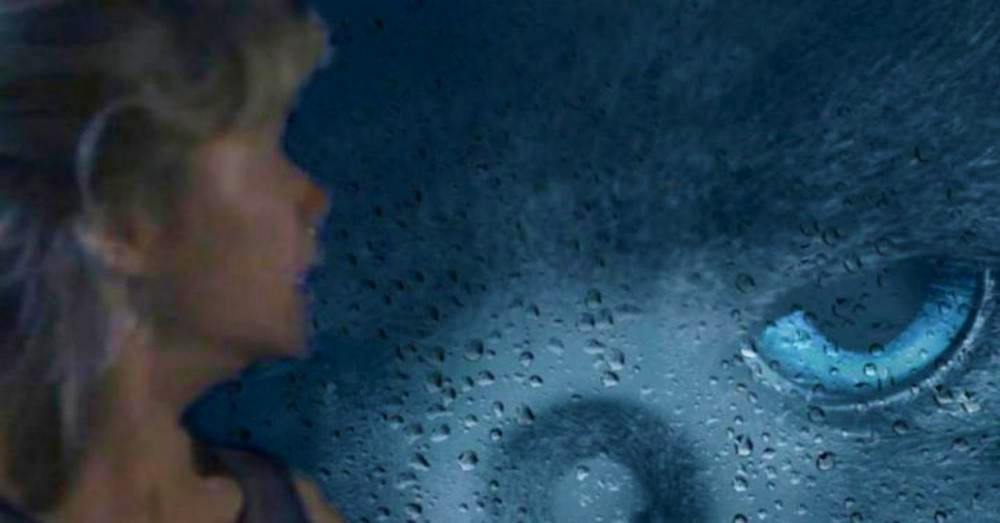 Not all the images are cute. This would be pretty terrifying in just about any circumstance. 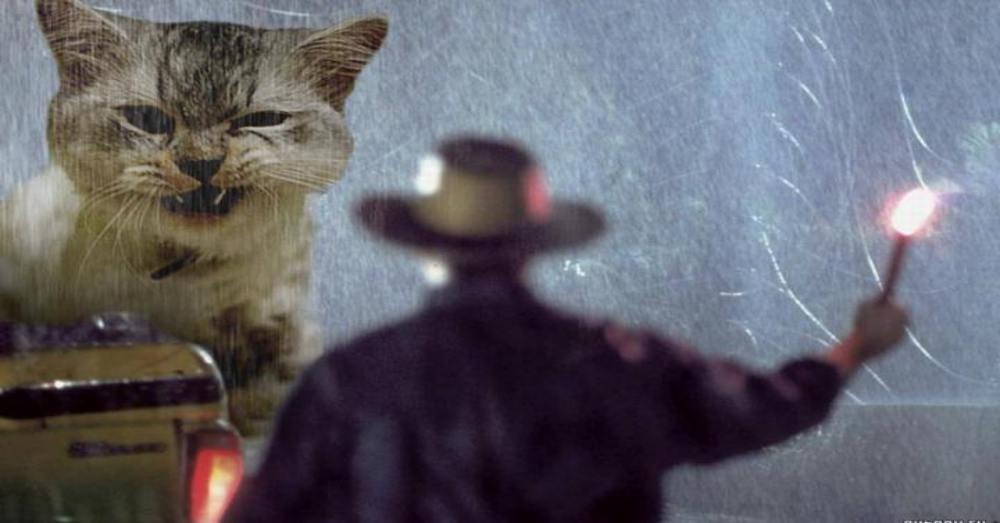 Waving what is essentially an old school laser pointer at a giant cat would be very effective, and very dangerous! 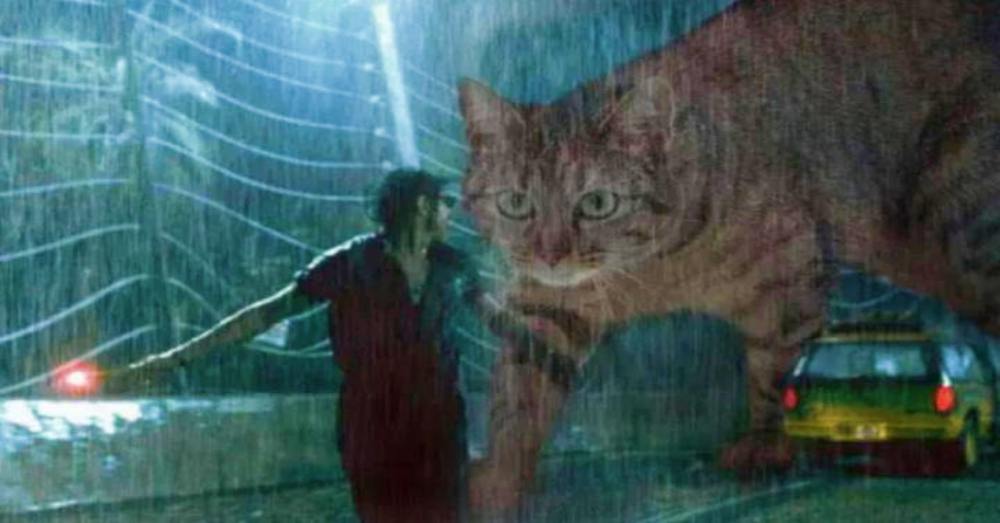 See? Don’t encourage giant cats to chase you! No one wants to meet their end as a cat toy. 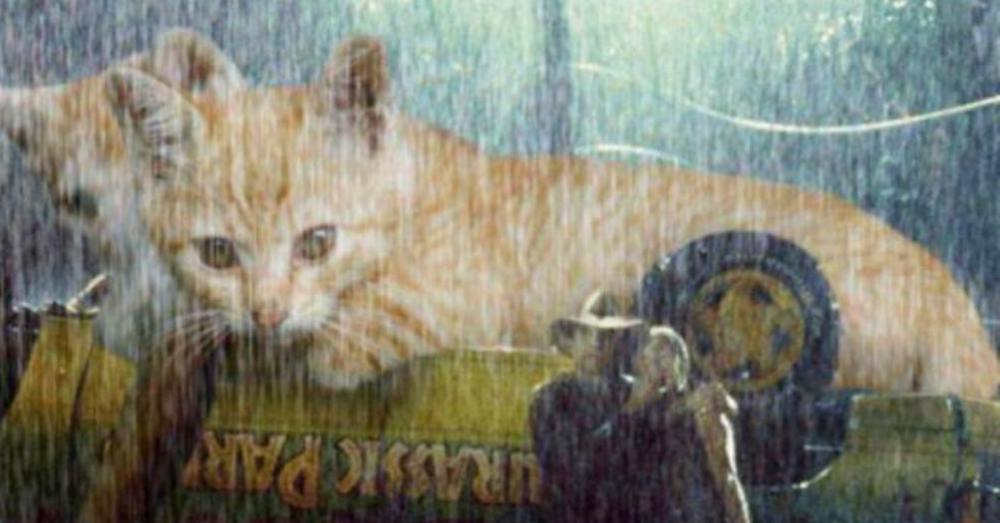 This might seem like a terrifying situation, but really it’s just a warm spot for the cat to sleep. Chances are it’s not moving until after its nap. 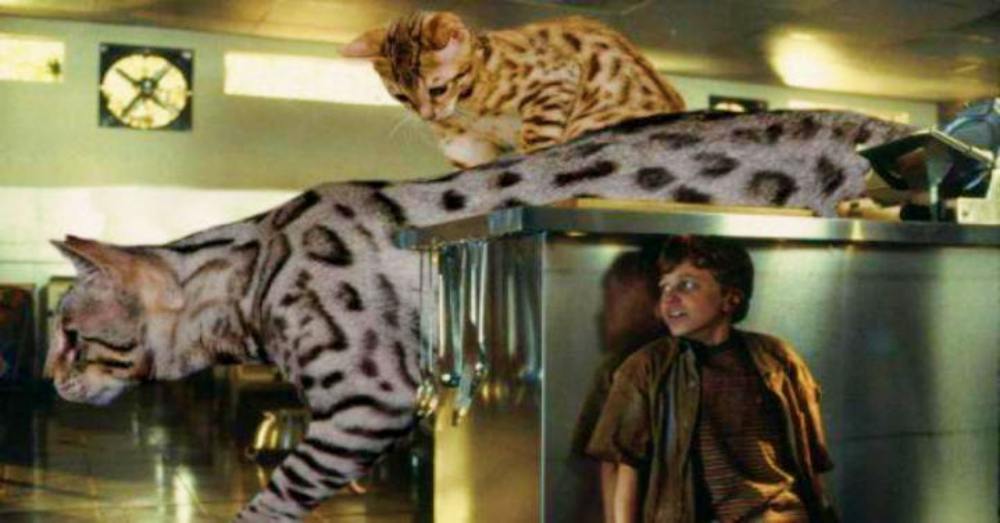 Never get in the way of a cat on the hunt for food. Ever. 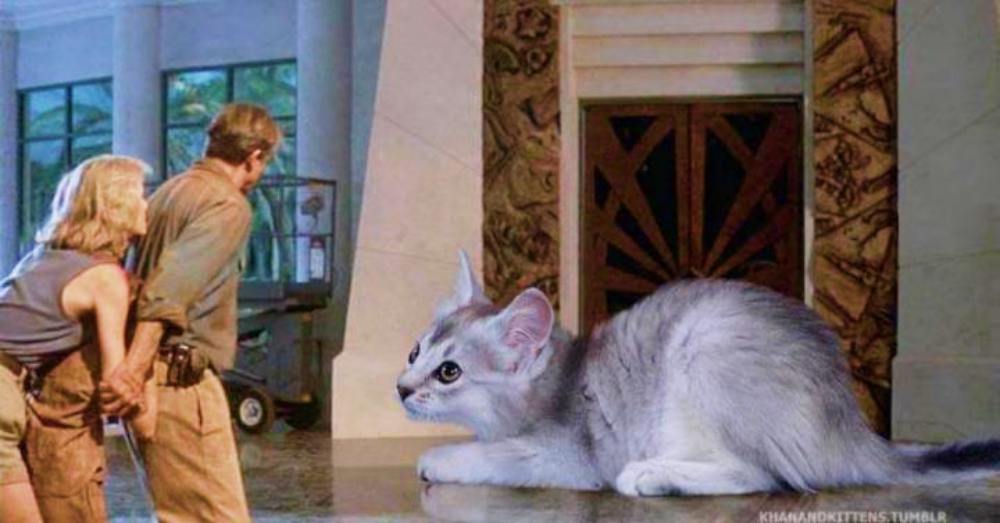 You can always tell when a kitten is about to pounce, and you’d best get out of the way! 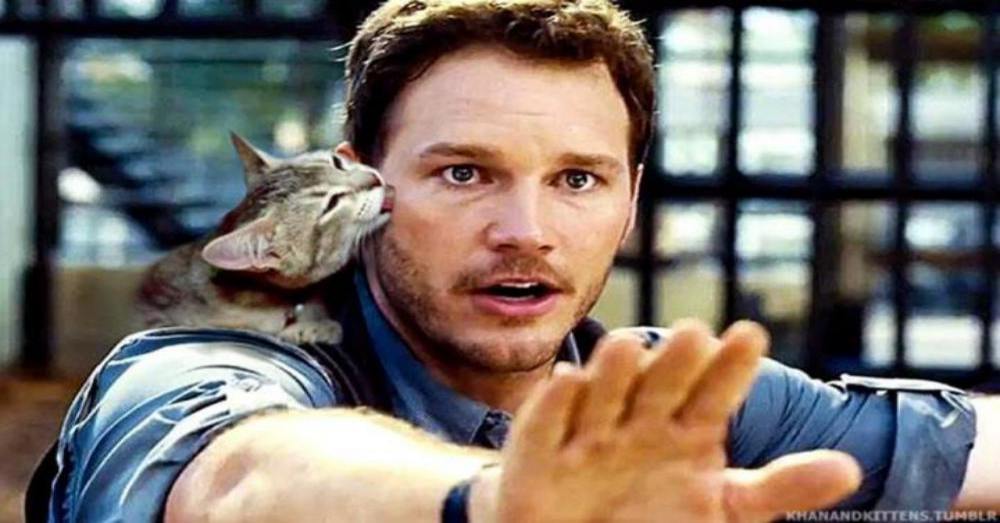 Chris Pratt can’t escape the purrification of Jurassic Park either. Although his companion is a little more fun than the others. 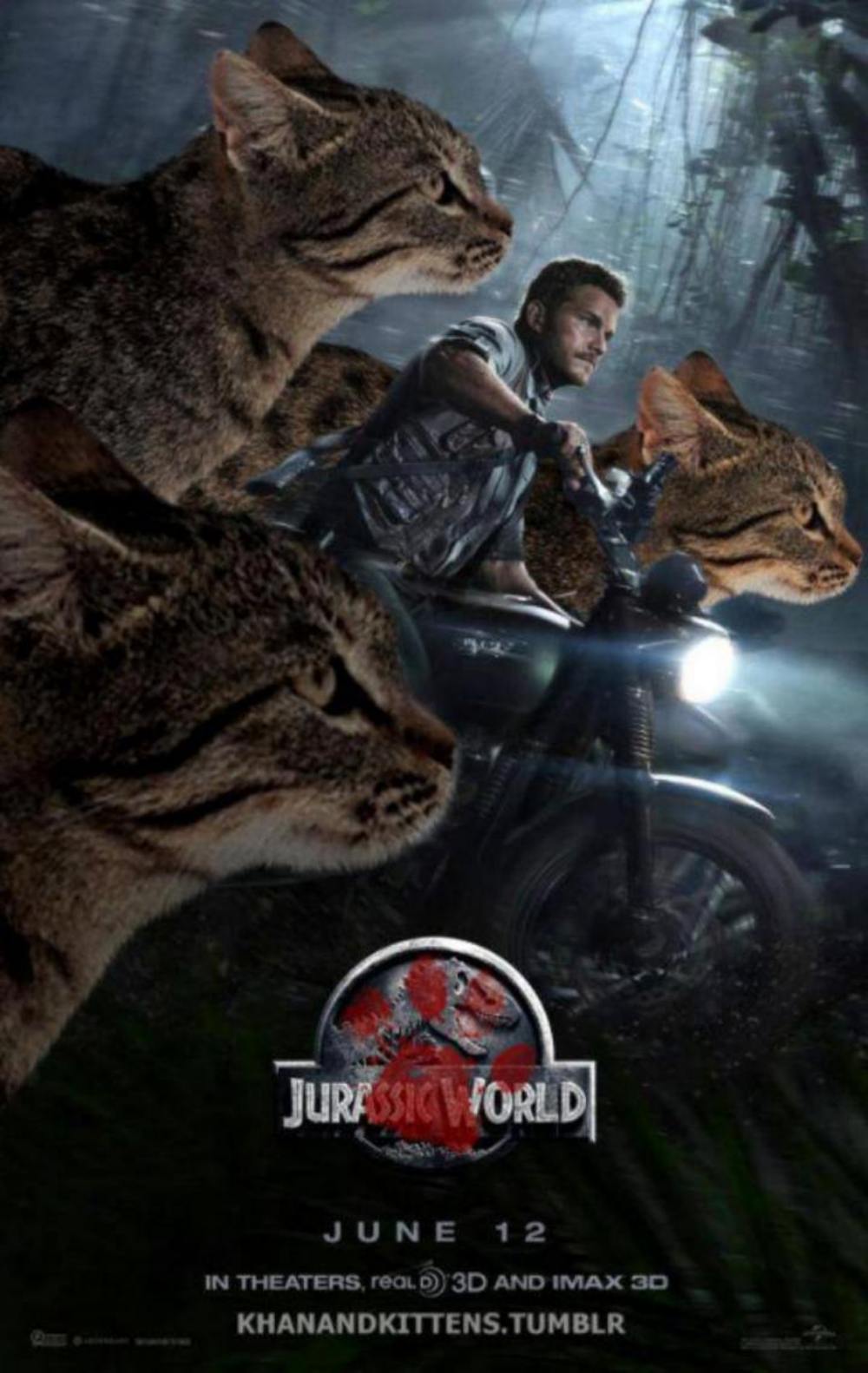 This is the movie the world needs. We just didn’t know it until now.