Two baby rescue goats, named Josie and Emma, couldn’t stand on their own. They were both born prematurely and their legs didn’t develop properly. Instead of giving up on them and having them put down, rescuers got creative! They built them their very own swing! 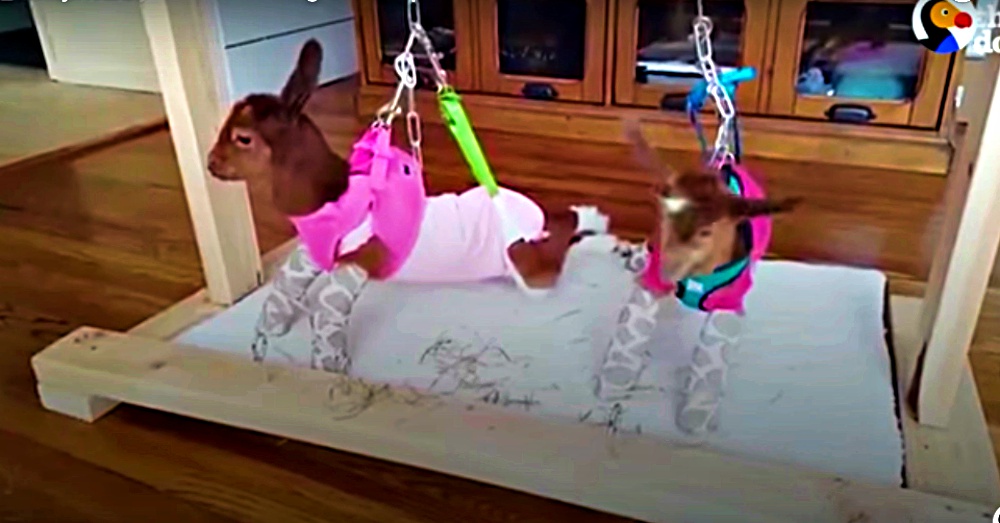 With help from the swing and the rest of their rescue goat family, these two babies are “getting into the swing of things.” As their leg muscles grow stronger, and their muscle-memory improves, so will their stance. Special casts help too. Oh and lots of love! The rescuers gladly give the baby goats lots and lots of love. Aren’t baby goats the cutest?! 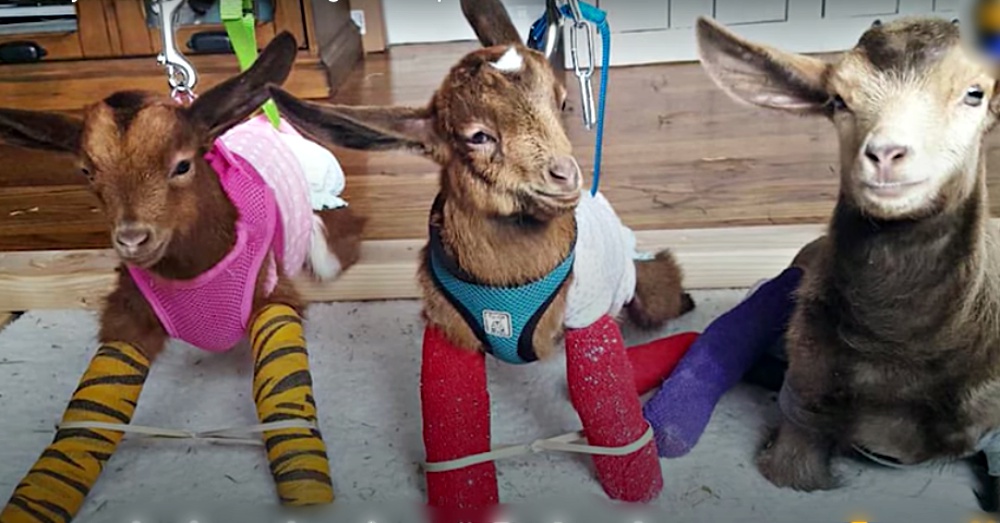 -Goats are a lot like dogs, including their life span and they can learn their names and come when called

-Goats are herd animals and will not do well alone. In fact, a goat will grow quite depressed without the company of another goat.

-Unlike most people think, goats are not grazers, they are actually foragers. It is actually unusual for them to graze grass. Goats were meant to forage food along mountainsides and climb higher and higher as they eat.

-Goats have four stomachs! The food moves to the rumen first, which is then regurgitated for “cud chewing.” Then it moves to the reticulum, then the omasum, then to the abomasum (which is the most like a human’s stomach)