Rookie linebacker, Tyler Matakevich, from the Pittsburg Steelers, was invited to participate in a photo shoot, promoting Show Your Softer Side, an anti-animal cruelty campaign. He was in good company too, with other athletes and important figures.

Matakevish had one mission, and one mission ONLY, to pose in photos and show his support. He has always loved dogs and had planned on adopting another one in the near future but not now. The timing wasn’t right.

When they wrapped up the shoot, a tiny black puppy named Jerrica was placed into the football player’s arms. They fell in love with each other… instantly. Jerrica fell right to sleep, knowing his arms was the exact place she was meant to be. 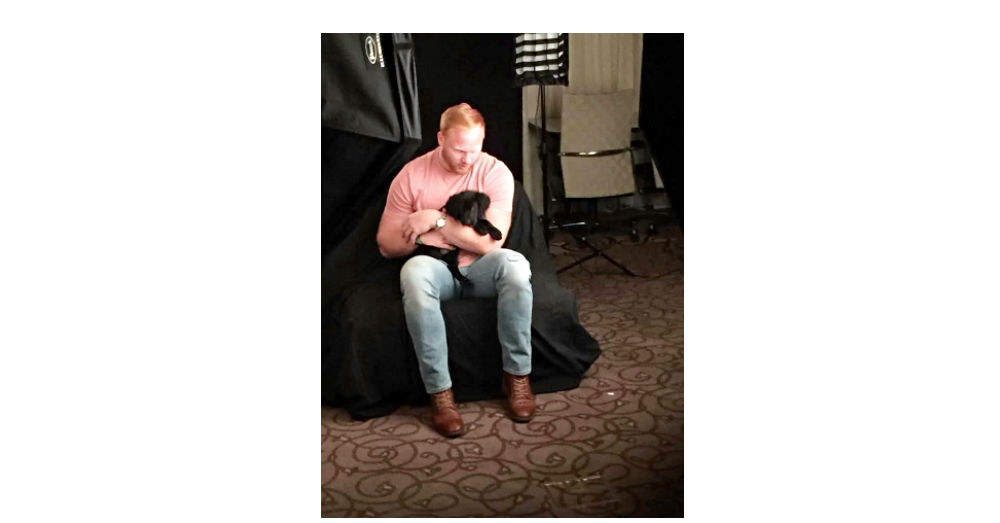 “It felt like they set me up,” Matakevich tells The Dodo. “I knew right away.” 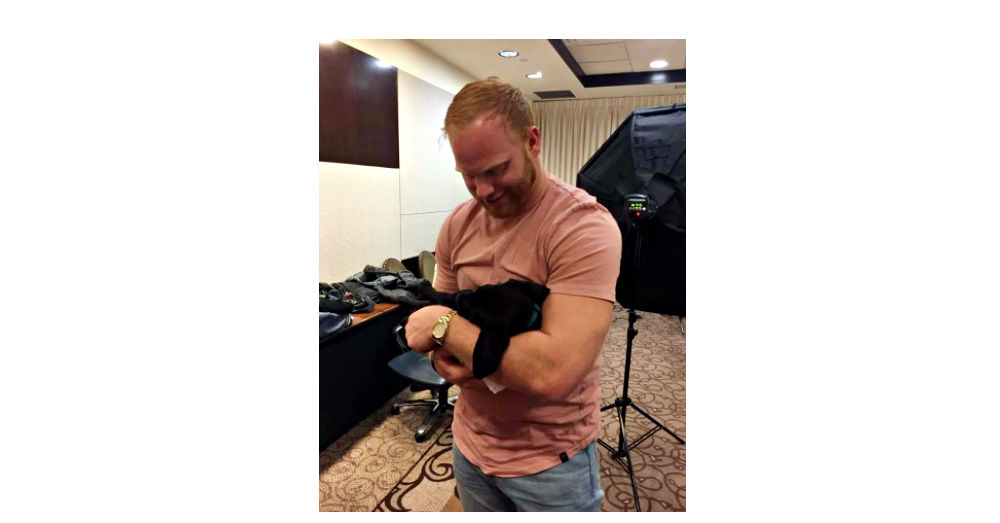 Jerrica came from Renee’s Rescues based in Delaware. She was one of an accidental litter, all named after Jem and the Holograms characters.

Renee Martin, the founder of Renee’s Rescues, is especially thrilled by the love match. Seeing a connection like this, and a puppy going to a really good home, is what she lives for. A big win for adoption, that’s fur sure!

Martin added, “You have an NFL Player who could easily purchase any dog he’d possibly desire. He chose a mixed-breed pup. Talk about a class act! Such a win for the animals.” 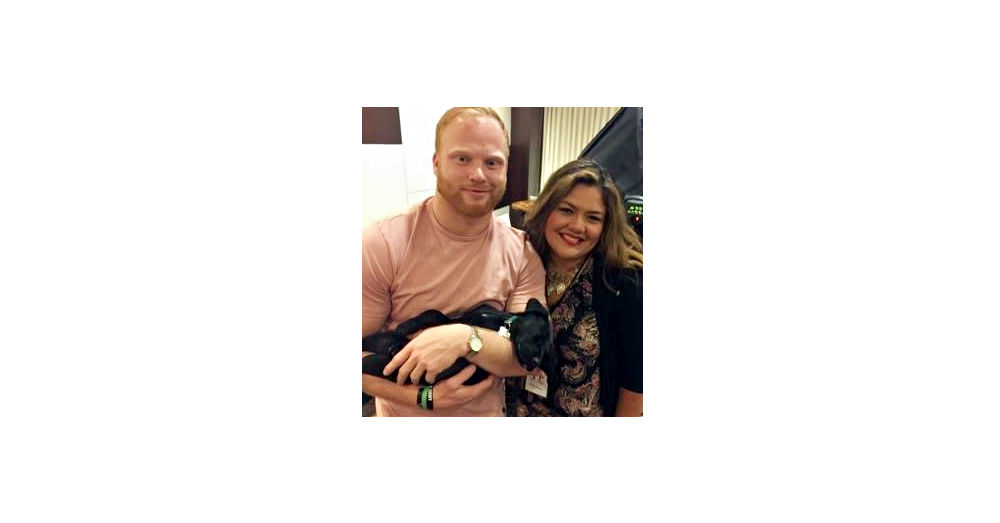 Matakevich sent his girlfriend to pick Jerrica up in Delaware and bring her home. She Facetimed him during the hand off:

“He was saying ‘Hi, Baby!’ I was melting,” says Martini. Seems this love affair is still going strong!

Now, Jerrica is home with her forever family. She has a new name too… Bailey!

Thanks to a football player’s big heart, this special dog has the perfect home!

Source: The Dodo, Photos: Show Your Soft Side and Renee’s Rescues