It’s not every day that people come across an injured, stranded seal, but that is what happened when someone spotted Mr. Ollivander this past Aug. 8. Found in Tullan Strand, County Donegal in the Republic of Ireland, Mr. Ollivander was lucky to be found. His name is from “Harry Potter.”

He was only about 7 weeks old. Although “this guy wasn’t a terrible weight at 13kg, but he had been through quite an ordeal as he was absolutely exhausted and dehydrated and had sustained injuries to his head, jaw and lip, and also had puncture wounds to all of his flippers – possibly from another seal, or potentially a dog on the beach that he stranded on,” according to the Seal Rescue Ireland post on Facebook.

It took a team of rescue people and transporters who brought Mr. Ollivander first to the vet clinic. “He is settling in well at the centre and is healing nicely thanks to his medication,” the Facebook post said. 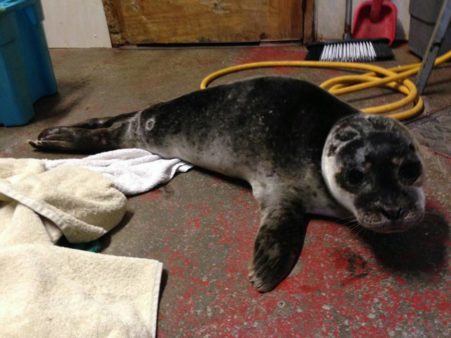 Following soon after Mr. Ollivander’s rescue, Seal Rescue Ireland reported that on Aug. 12, Soirse, another seal pup, was rescued from Greystones, County Wicklow, Ireland. Soirse got her name from “Song of the Sea.” 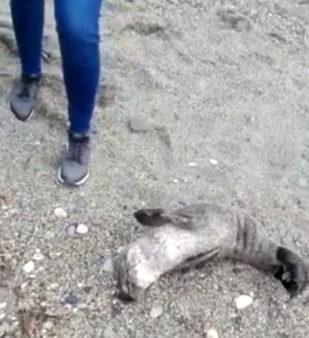 “This little one was very dehydrated and underweight with not much energy left, and was also burdened with worms!” the post said. Soirse was only about 6 weeks old and 9kg in weight. As of the Aug. 22, Facebook post, the seal pup is doing well and making progress, taking her medication and eating well.

Seal Rescue Ireland helps to save orphaned sick and injured Common and Grey seal pups, according to its website. The organization saves seals from the entire coast of the Republic of Ireland and relies “on members of the public who come across pups in distress and our amazing team of coast wide Rescue Volunteer Network to bring rescue and transport the pups to our centre for care.”