The institution wants to encourage cat owners to keep their cats inside where they will not harm birds and other wildlife, but it could also lead to mass culls or animal abuse toward domestic pets and feral cats alike.

Culls or mass killings are still used to control fast-breeding cat populations in the U.S. and abroad, reports The Conversation. According to Best Friends Animal Society, some employ guns or poisons, making no discrimination between stray or feral cats and family pets, leaving cats dead, traumatized, or maimed.

According to the ASPCA, there are an estimated 70 million stray, feral, and colony cats in the U.S. Cats are considered beloved pets in 35% of American households, but 65% feel percent indifferent to intolerant of them.

Tree House Humane Society Director Jenny Schlueter told The Daily Beast that many actually consider them just as much a nuisance as rats.

Defining cats as pests will encourage violence against cats, which could be exacerbated by people who share that violence on social media.

In contrast, trap-neuter-release (TNR) programs, as described by the ASPCA, are a humane and effective way to maintain balance between wild cat populations and the birds and wildlife they prey on and disturb. Using the TNR method, stray or feral cats are caught, neutered or spayed, and then released back into the wild – where they can live happily without contributing to the next generation of cats.

As the Humane Society of the United States holds, TNR programs work well if implemented correctly, so the Polish Academy of Sciences should be able to advocate for them without objection.

No matter the intent of the institution’s decision to classify cats as an “invasive alien species,” announcements like this must be made with diligence and care, especially when other animal lives are on the line.

The Polish Academy of Sciences has stated that it is expressly against animal cruelty, People reports. The institution has yet to make a clear statement on how to humanely treat and manage domestic cat populations.

Click below and help us ask the Polish Academy of Sciences advocate for trap, neuter, release (TNR) programs for the management of cat populations!

Advocate For TNR Over Cat Culls 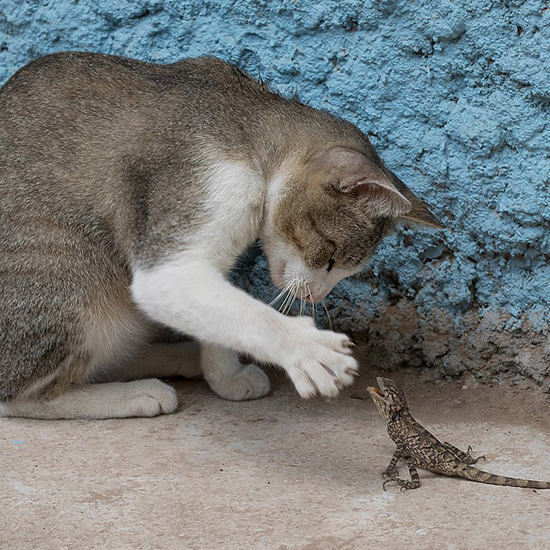 The decision by The Polish Academy of Sciences to classify domestic cats as an invasive alien species could be far more detrimental to the safety and wellbeing of domestic cats than intended.

People who do not see cats as desirable could be encouraged to instigate mass culls or animal abuse toward domestic pets and feral cats alike.

Help us tell the Polish Academy of Sciences to advocate for trap-neuter-release programs instead.

Take a stand and ask this organization to condemn cat killing!