Along with the support for the ban, the officials would deny veterinary certification for dog or cat meat. A group of vets presented the issues and problems with the current dog meat trade to the government officials. Dog Meat Free Indonesia presented a video that captured the brutal nature of the dog meat trade. Kitty Block, President of The Humane Society International, stated the following people, “Dr. Syamsul Ma’arif, Dr. Hastho Yuliadi, Dr. Yadi Cahyadi, and Dr. Wiwiek Bagj, (stated) that the dog meat trade is a serious public health threat, a significant animal welfare issue, and a substantial problem for Indonesia’s growing tourism industry.” 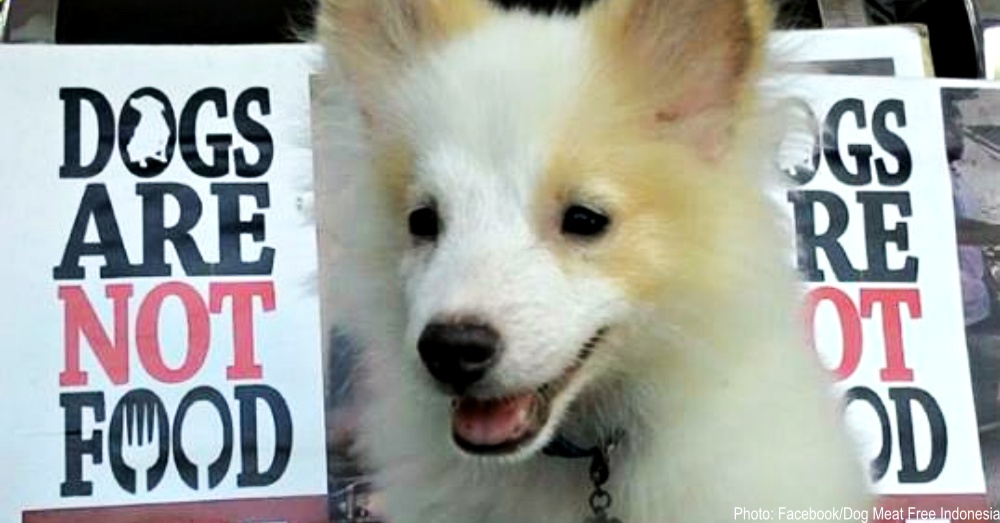 Attendees were from representatives of livestock and animal health agencies, animal quarantine specialists, veterinarians, Indonesian Veterinary Medical Association, and several non-governmental organizations from all provinces in Indonesia.After seeing and hearing from everyone, the government officials “agreed to issue a ban on the trade of dog meat in Indonesia.”

The dog meat trade is violating animal welfare laws and is illegal. One of the officials stated at the meeting, “To be clear, the government actually forbids dog meat to be consumed.” However, it still occurs because law enforcement is not enforcing it.

Dog Meat-Free Indonesia (DMFI) posted on their website, “Every year, an estimated 1 million dogs are brutally captured and transported throughout Indonesia, crammed into sacks and cages, their mouths bound shut so tightly they can hardly breathe.” Many of those dogs are stolen and then brutally killed.

Recently, a dog that was killed at a restaurant tested positive for rabies. After brutal footage was released of dogs being gagged and then thrown into the back of trucks, most stolen from their own backyards, people from all over the world became outraged. A letter was sent to, “President Joko Widodo signed by over 90 global and Indonesian celebrities including Cameron Diaz, Chelsea Islan, Dame Jane Goodall, Simon Cowell and Ellen DeGeneres, calling for urgent action to protect animals,” reports DMFI.

“The results of this national meeting will be used as a recommendation for the Ministry of Agriculture to formulate PERMENTAN (Minister of Agriculture regulations) regarding the ban on trade in dog meat in Indonesia.”


Bobby Fernando of Animal Friends Jogja states, “This is not a debate about culture or ‘custom’, this is an issue of animal cruelty and human health. The trade we are seeing in Indonesia is profit-driven and is not motivated by any desire to maintain a culture. The cruelty is unforgiveable and the global community is united in our calls for the central and provincial governments to take action to tackle the dog and cat meat trade as it poses grave threat to human and animal health, encourages illegal activity, and tarnishes Indonesia’s reputation.”

Hopefully, this change will take place immediately and save the lives of thousands of dogs. DMFI posted, “We are one step closer to a Dog Meat Free Indonesia!”