“Animal fighting is one of the most heinous forms of animal cruelty, and sadly it is far more common in the United States than many people realize,” said Jessica Rushin, senior manager of Partnerships for ASPCA Field Investigations and Response.

The Indiana Gaming Commission received a tip that two properties were operating an illegal fighting ring with roosters and pitbulls. The American Society for the Prevention of Cruelty to Animals (ASPCA) assisted in the rescue of nearly 600 animals, nine pit bulls and 550 roosters. Many of the animals had wounds often found on animals used for fighting. 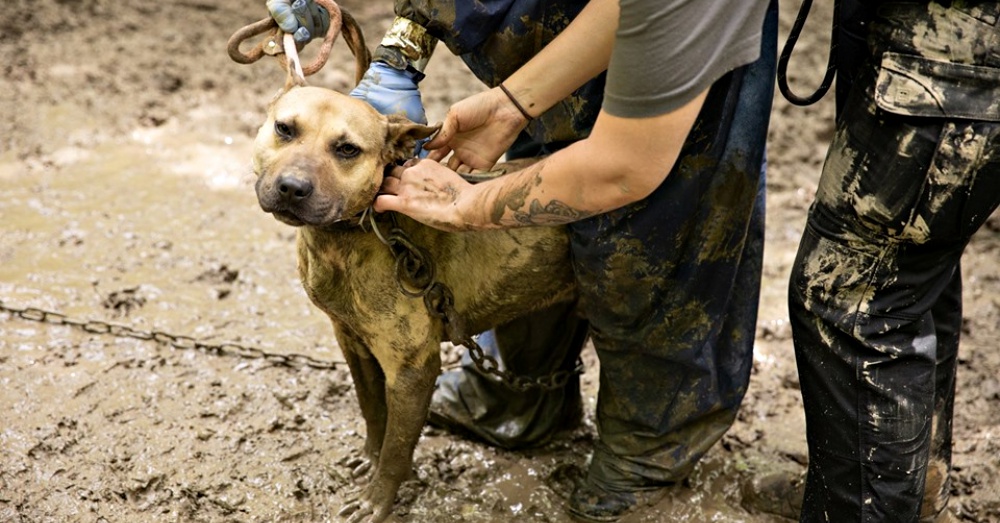 “We found dogs chained outdoors in the mud—some with scars consistent with dogfighting—as well as birds, caged and tethered,” posted ASPCA. 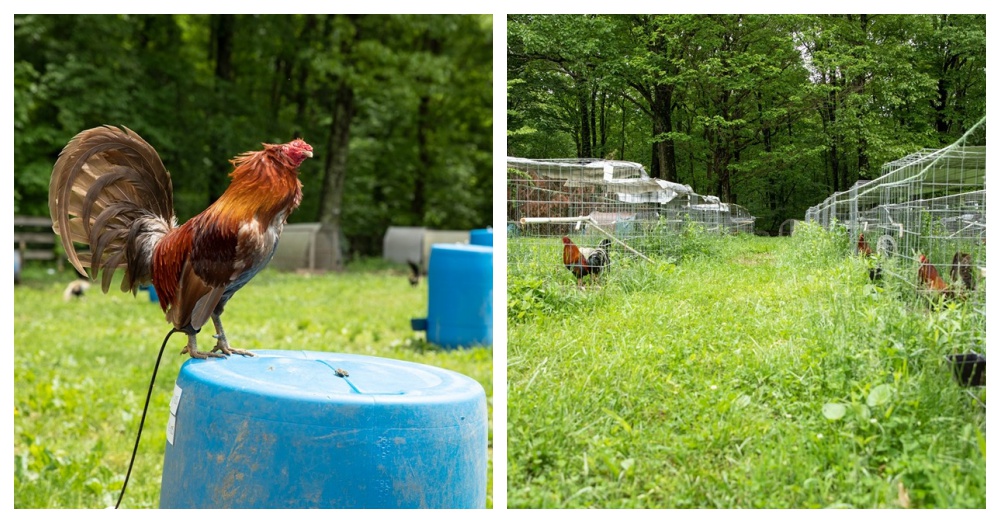 The investigation is still ongoing but all the animals were removed from the properties. They were taken to undisclosed locations and will be cared for by ASPCA while the case is investigated. The ASPCA released a statement saying that the dogs were tied with heavy chains and “housed in a manner consistent with dogfighting”. Animal fighting paraphernalia was also found at the properties. 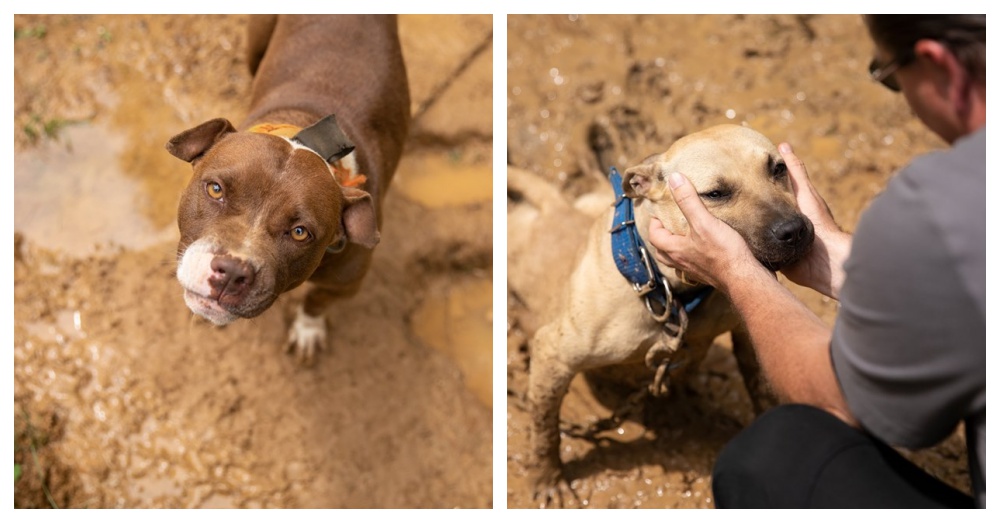 “To betray animals by forcing them to fight for their lives for so-called entertainment is despicable. We’re proud to work alongside the Indiana Gaming Commission to remove these dogs and birds from pain and suffering and hold those involved responsible,” said Rushin.

Conducting an animal fight and the possession of animals for fighting are felonies in the state of Indiana. Anyone found responsible could face up to 2.5 years in prison and a $10,000 fine. 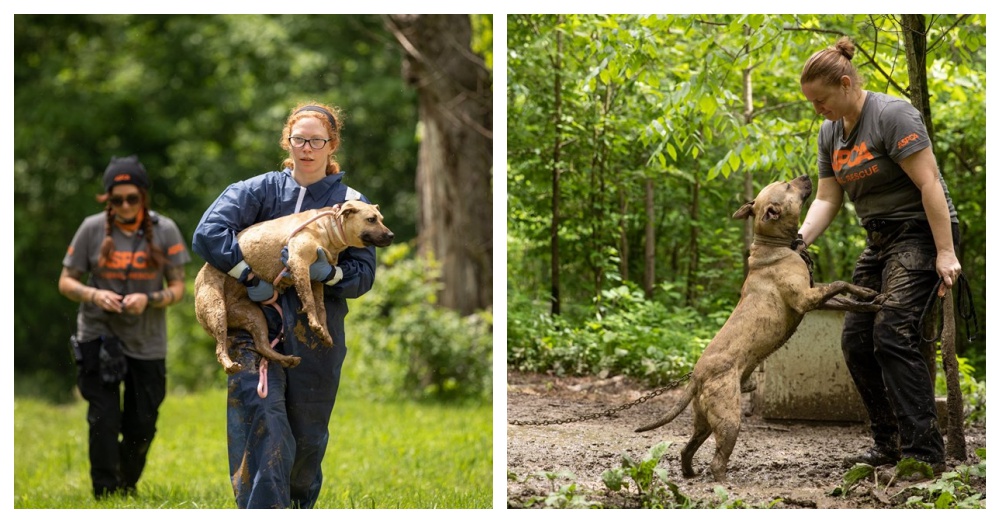 “There’s no place in Indiana communities for animal fighting and the illegal gambling that goes with it, and we are very pleased that we were able to shut down this operation,” said Superintendent Rob Townsend of the Indiana Gaming Commission. 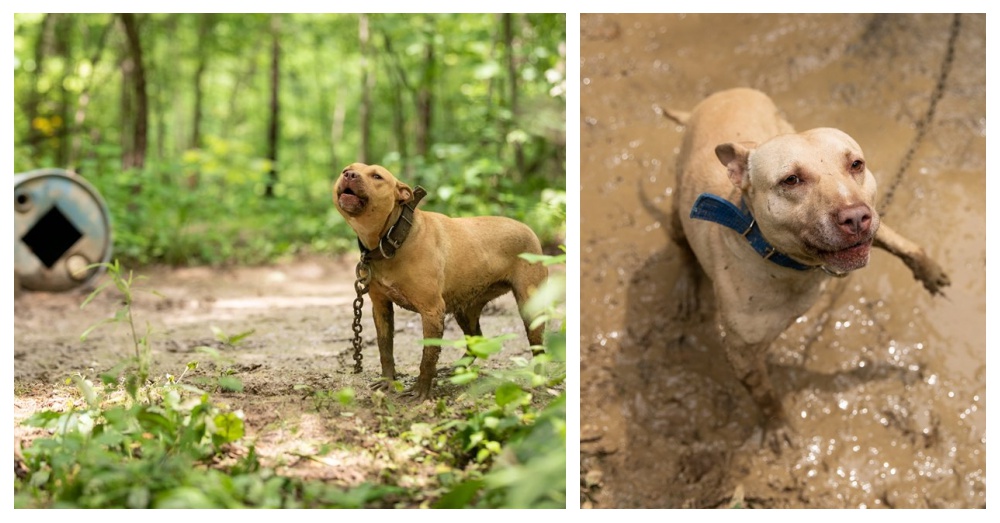 If you see or hear something, do something. Dogfighting and cockfighting are illegal and inhumane. Animals are relying on us to be their voices.

Dog Found With Multiple Wounds From Dog Fighting Finally Experiences A Gentle Touch: Click “Next” below!