Police officers are called to all kinds of scenes to save lives. Oftentimes, those lives aren’t human – but animals.

Recently, two Arlington police officers were called to their local TJ Maxx store after a reported shoplifting incident. The pair took reports and were ready to be on their way when they were stopped by a woman in the parking lot who heard meowing coming from underneath her car. 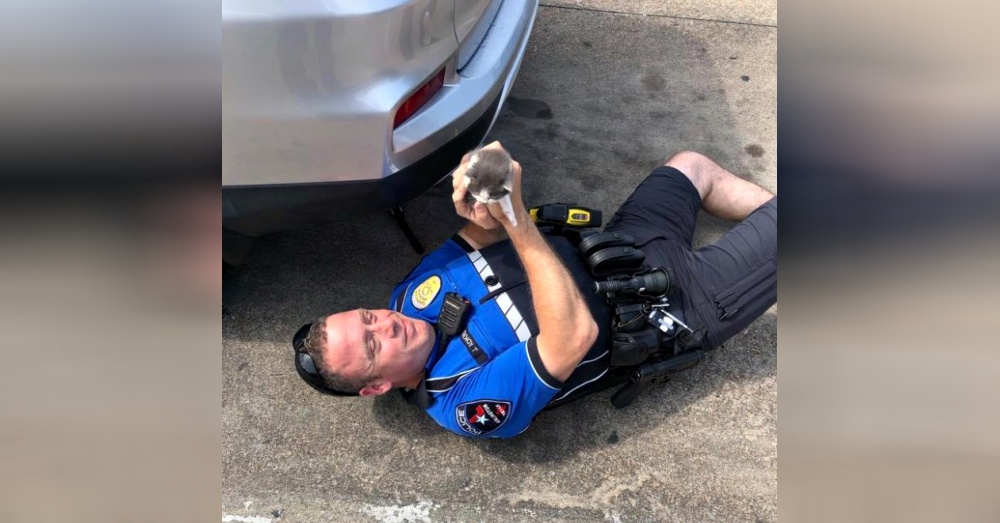 Officers Adkins and Hilliard went to investigate and found two small kittens huddled up in the bumper of the woman’s car. She had no idea how the cats got there, but didn’t want to hurt them by starting her car and driving away. So, Officer Adkins got down on the ground to get the kittens out.

They were both so tiny and fluffy (about 6 weeks old), it was hard not to love them on sight. Still, the owner of the car made it clear that while she didn’t want any harm to them, she also had no intention of taking them home with her. 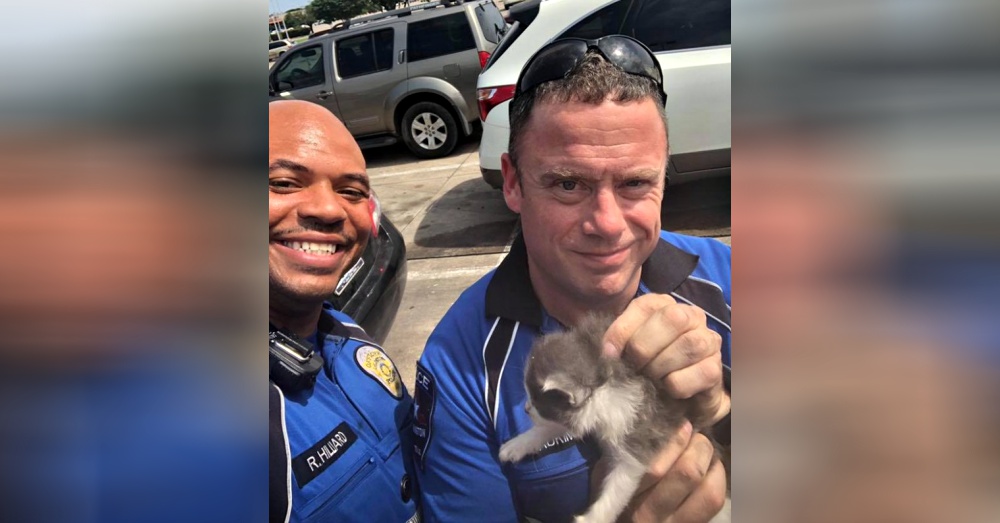 Officer Adkins took the two kittens back to his car, where they continued to crawl and snuggle on him as if they were his own. It didn’t take long for the officer to decide where the best home for these little furballs would be. 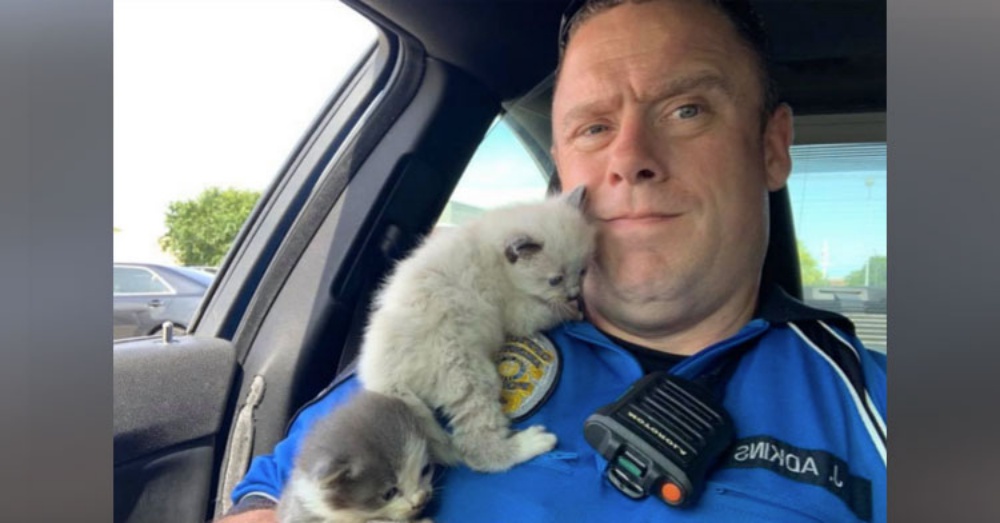 Unable to let them go, Officer Adkins decided to adopt the sweet kittens as his own. He got them checked out by a local vet, who was impressed at how good of shape they were in for being strays (or abandoned), and brought them back home with him. 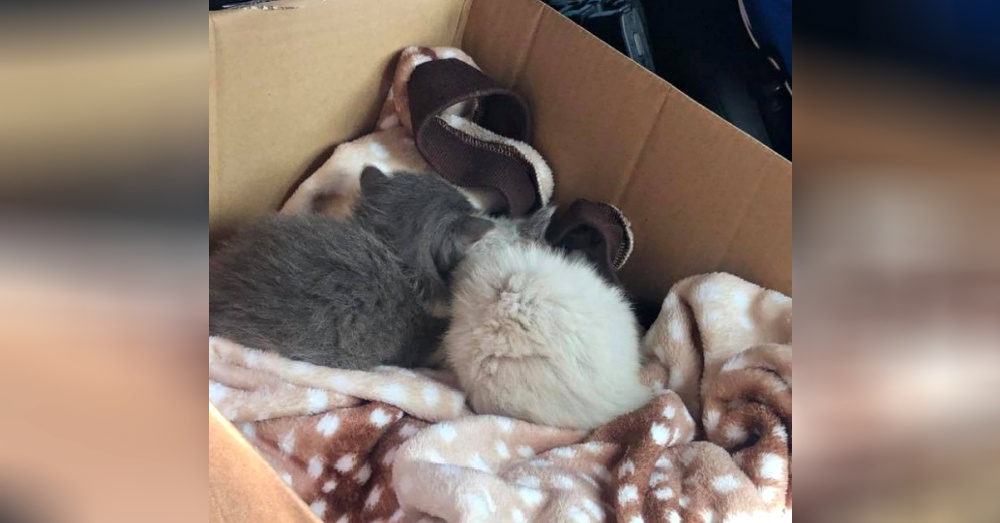 When asked what he was going to name his new fur babies, Officer Adkins said he was considering “TJ” for one and “Max” for the other. How fitting!

Spread the love and share this heartwarming story with your friends!

9-Year-Old Boy Raises Over $80K To Buy Bulletproof Vests For Police Dogs: Click “Next” below!